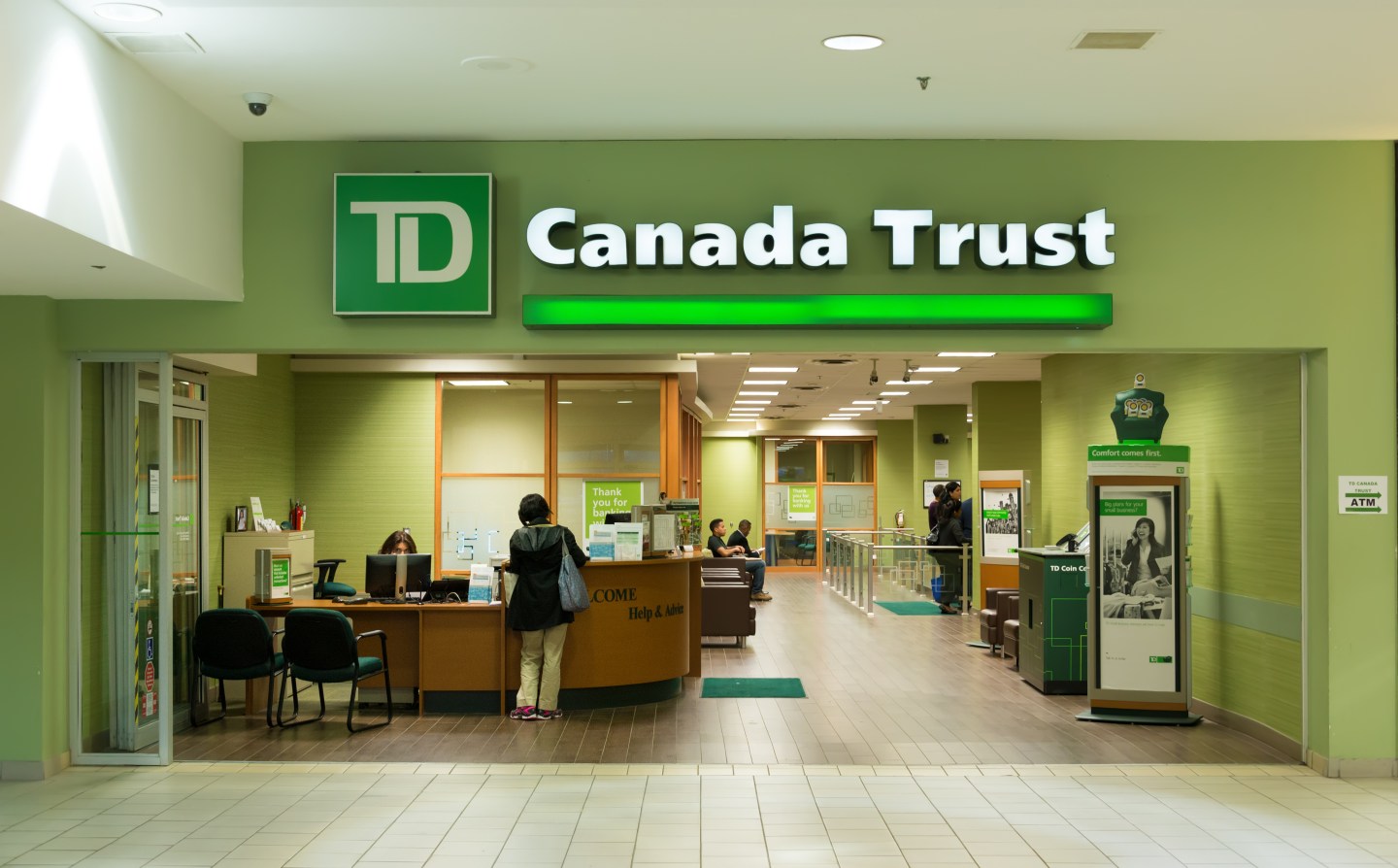 Traffic lights don’t just work for drivers, some bank customers obey them on their smartphones too.

A transaction-tracking app using red, yellow and green messages to warn account holders when they are paying out more or less than usual has resulted in some users spending less, a potentially powerful new weapon in the battle for customers.

Toronto-Dominion Bank did not set out to change consumer habits when it offered its TD MySpend app in April. Canada’s second-largest bank just wanted to offer more information to customers who use their phones to check account balances.

But its ease of use has caught on. Customers don’t have to make up a budget to start using the app and it sends notices immediately with each purchase showing them whether they are spending more or less each month in categories such as dining out, entertainment and travel.

“The real-time nature encourages customers to change their behavior toward their financial goals,” Rizwan Khalfan, chief digital officer at TD Bank, told Reuters in his first interview about customers using the app. “We were not expecting this.”

About 750,000, or 20%, of TD’s 3.5 million mobile banking customers in Canada have downloaded the TD MySpend app since April, Khalfan said. Of those, 30 percent were using it at least twice a month and, on average, reducing their spending by 4% to 8%.

For more on fintech, watch:

Overall, that means about 6% of TD’s mobile banking customers have been using TD MySpend and spending less.

Rizwan said the bank plans to put more marketing muscle behind the app as it learns how initial customers are using it.

It is too early to know, Rizwan said, whether TD MySpend could improve TD’s ability to hold onto deposits, a key consideration as interest rates rise and banks compete more aggressively for customers.

Consumer deposits are a relatively stable source of funds for lending, which is more important in light of new global regulations. They tend to be cheaper than deposits from businesses, especially when interest rates rise.

The success of new apps is also vital to bankers who fear technology companies will offer better tools to win customers and snag more of the fees and marketing information that come with handling payments.

For decades, financial advisers, self-help authors and software firms have come up with systems to help spendthrifts budget and save money, only to see the vast majority drop them like New Year gym memberships.

Whether using separate envelopes of cash to limit spending by category, or installing programs on personal computers, the rule of thumb is that only about five to 10% of people are determined enough to stick with a plan, said Greg Midtbo, chief revenue officer at Moven, the financial technology company that developed and licensed MySpend to TD Bank.

One big hurdle facing spending apps is their inability to safely and quickly pull together data from accounts at different institutions at the same time.

TD MySpend combines spending from different deposit and credit card accounts only at TD Bank. Khalfan said the bank is considering how it might safely bring transaction details from accounts outside of TD into the app. Doing so would require contracts and technical agreements with rival banks.

JPMorgan Chase & Co and others in the industry have complained that customers increase the risk of cyber theft when they give account passwords to outside firms.

There are moves to collaborate on a solution. In October, the Center for Financial Services Innovation, which is funded by U.S. banks and foundations, issued principles for sharing account data.

The Moven app underlying TD MySpend was not immediately a success. Moven initially offered the app directly to consumers but too few people were willing to connect it to their accounts, so the company decided to provide the technology through banks instead.

Since turning on TD MySpend in April, Moven started an app in September called CashNav for the New Zealand branch of Australia’s Westpac Banking Corp.

So far, 20% of Westpac New Zealand mobile banking customers have downloaded the app, a spokeswoman said, adding that about three quarters of those people said it is helping them control their spending.

BBVA, Spain’s second-largest bank and owner of consumer franchises in the Americas, picked up a similar app, and experience in the field, with its 2014 acquisition of financial technology startup Simple, which still markets itself directly to the public.

BBVA’s Compass bank in the United States plans to introduce its own app to track spending next year, said Alex Carriles, its executive director of mobile and online banking. BBVA banks in other countries are on similar paths, said Jose Olalla, head of business development for BBVA Compass.

The tools, Olalla said, build loyalty with customers. “The sense of control is the benefit they are getting,” he said.

Despite the urge to spend, many people would be better off with more control over their discretionary spending. A survey by the U.S. Federal Reserve found 46% of adults said they could not cover a $400 emergency expense without selling something or borrowing money.

While some of those do not make enough money to have emergency cash, even people with means have trouble keeping their spending on an even keel. The so-called payday effect, in which people spend more after receiving a surge of money, occurs across income groups, according to an April 2016 study by scholars at the Columbia Business School and Copenhagen Business School.

Instead of showing people only the ups and downs of their balances, better to let them see their spending trends and they will temper impulse spending, Reich said.

“If you give people the tools to feel in control, they will take control.”