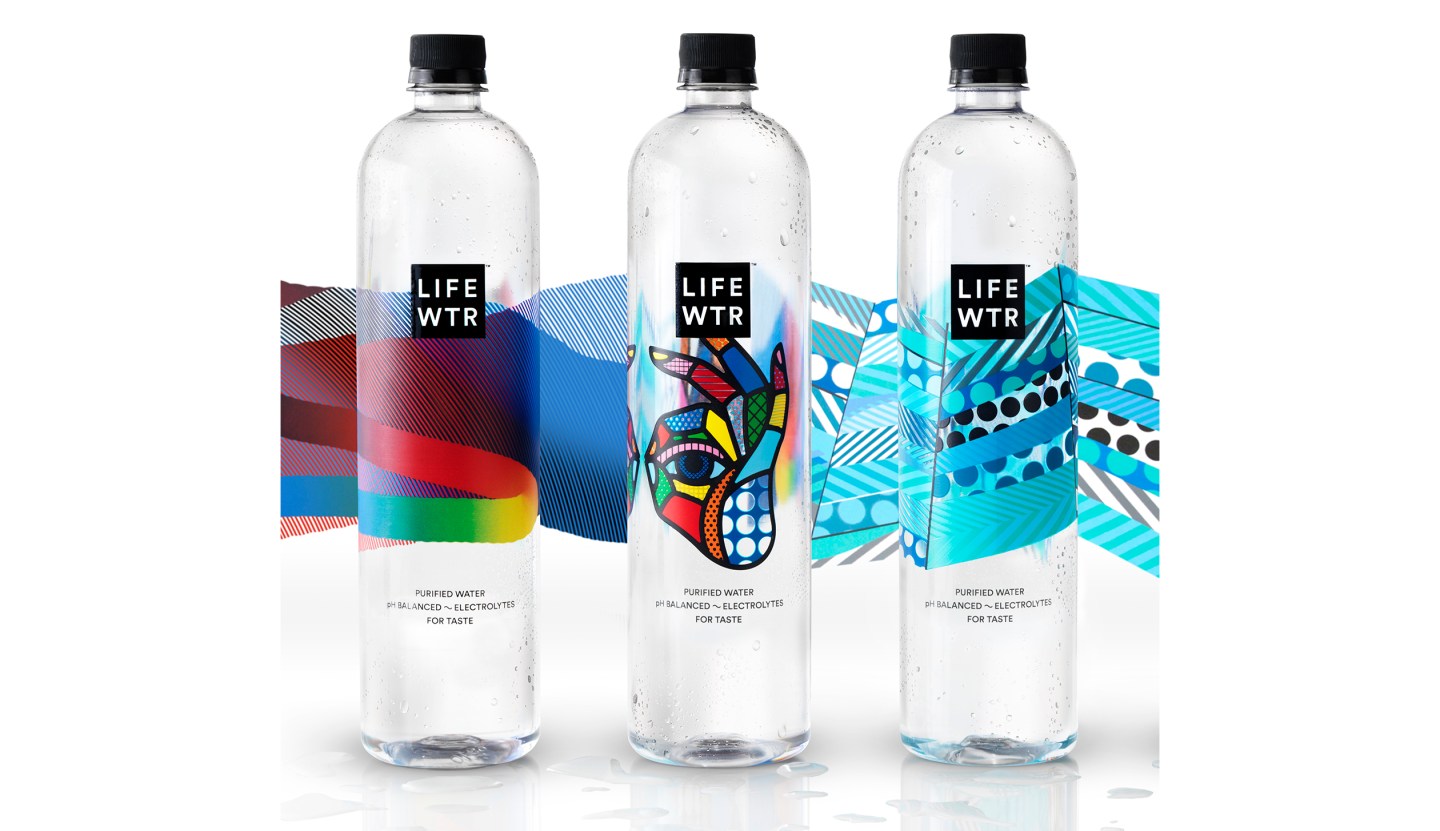 PepsiCo will next year launch a premium-priced bottled water called LIFEWTR, adding a new brand to the company’s portfolio that plays to strengthening consumer interest in healthier beverages.

The food-and-beverage giant confirmed to Fortune that it will debut LIFEWTR at an industry conference in New York City. A purified water that is pH balanced with electrolytes, the brand will start appearing on retail shelves across the U.S. in February 2017.

“We are starting to see water play a greater role in the repertoire of a consumer’s beverage consumption,” said Brad Jakeman, president of PepsiCo’s Global Beverage Group. “I think we are seeing a secular and irreversible trend toward healthier beverages.”

In recent years, consumers have been consuming less soda in favor of bottled water, flavored waters, and other beverages that are seen as healthier and have fewer artificial ingredients. As sales of core soda brands like Pepsi, Coke and Dr Pepper decline, beverage companies are pivoting. Often, they scoop up beverages that are in better-performing categories. That explains why PepsiCo and Dr Pepper Snapple (DPS) bought two startup brands on the same day in November—sparkling probiotic drink maker KeVita and antioxidant beverage producer Bai Brands, respectively.

The launch of internally developed brand LIFEWTR also contributes to a dramatic makeover PepsiCo vowed this fall. The company is promising that at least two-thirds of the company’s global beverage portfolio volume would have 100 calories or fewer from added sugars per 12-ounce serving. LIFEWTR, of course, fits perfectly into this promise as it is a bottle of water—which of course has zero calories and no added sugar or preservatives.

The launch of LIFEWTR is especially intriguing because PepsiCo has a big, bottled water brand already. It owns Aquafina, which is one of the company’s 22 “billion-dollar brands” and already dominates the $185 billion global bottled water market.

Bottled water is a segment that is splintered on price and branding like all other beverage categories. Cases of water are sold on the cheap for slim margins and there is a separate, “premium” segment where consumers are willing to spend more for a better tasting drink encased in a fancier bottle.

The premium water market is worth $2.8 billion in the U.S. alone, dominated by Coca-Cola’s Smartwater (the brand beloved by actress Jennifer Aniston). Premium waters come with higher price points, though they also require more marketing because they are more often sold in single serving, while bigger brands like Aquafina get a lot of business from bulk case sales.

“What we see developing is a premium water segment of the water category, driven heavily by millennials,” said Jakeman. He said those consumers want sleek bottle designs and labels, as they view the product almost as a fashion accessory. “It is an important part of people’s image,” Jakeman claims.

To differentiate LIFEWTR from Smartwater, Perrier and others already on the market, PepsiCo developed a label that will change several times a year and feature different artists that have a background in mediums like graphic design or photography. The artists that contributed the initial LIFEWTR labeling designs were mural artist MOMO, transatlantic duo Craig & Karl, and large-scale painter Jason Woodside.

“We believe the biggest equity of this brand is the label,” said Seth Kaufman, chief marketing officer of PepsiCo North America Beverages. He contends that the creative labels plays strongly into today’s social-media driven culture. LIFEWTR, he says, “has a beautiful piece of art on it. We think it’ll connect with consumers on a more inspirational way.”

“Smartwater has done a good job in the premium water space,” said Duane Stanford, editor of Beverage Digest. “It makes sense [PepsiCo] would want to be a player in that category.” While Aquafina is also a bottled water, Stanford and PepsiCo executives both thought that it made more sense to create a new brand rather than try to sell consumers on the idea that Aquafina is “premium.”

PepsiCo’s move to internally develop the brand rather than buy an existing rival differs from what Coke did when it purchased the maker of Vitaminwater for $4.2 billion in 2007. But the result, PepsiCo hopes, ideally will be the same. Jakeman said PepsiCo wants LIFEWTR to achieve a billion in annual sales someday—though he declined to outline a timeline for when that could occur.

“What I think is really smart about LIFEWTR is that it has a much more authentic connection to the world we want it to be connected to—art, fashion and design,” Jakeman said. “The brand’s purpose is to help emerging artists make it and be popularized and get into pop culture.”

And if it helps PepsiCo sell more bottled water in the process, shareholders won’t sweat it.