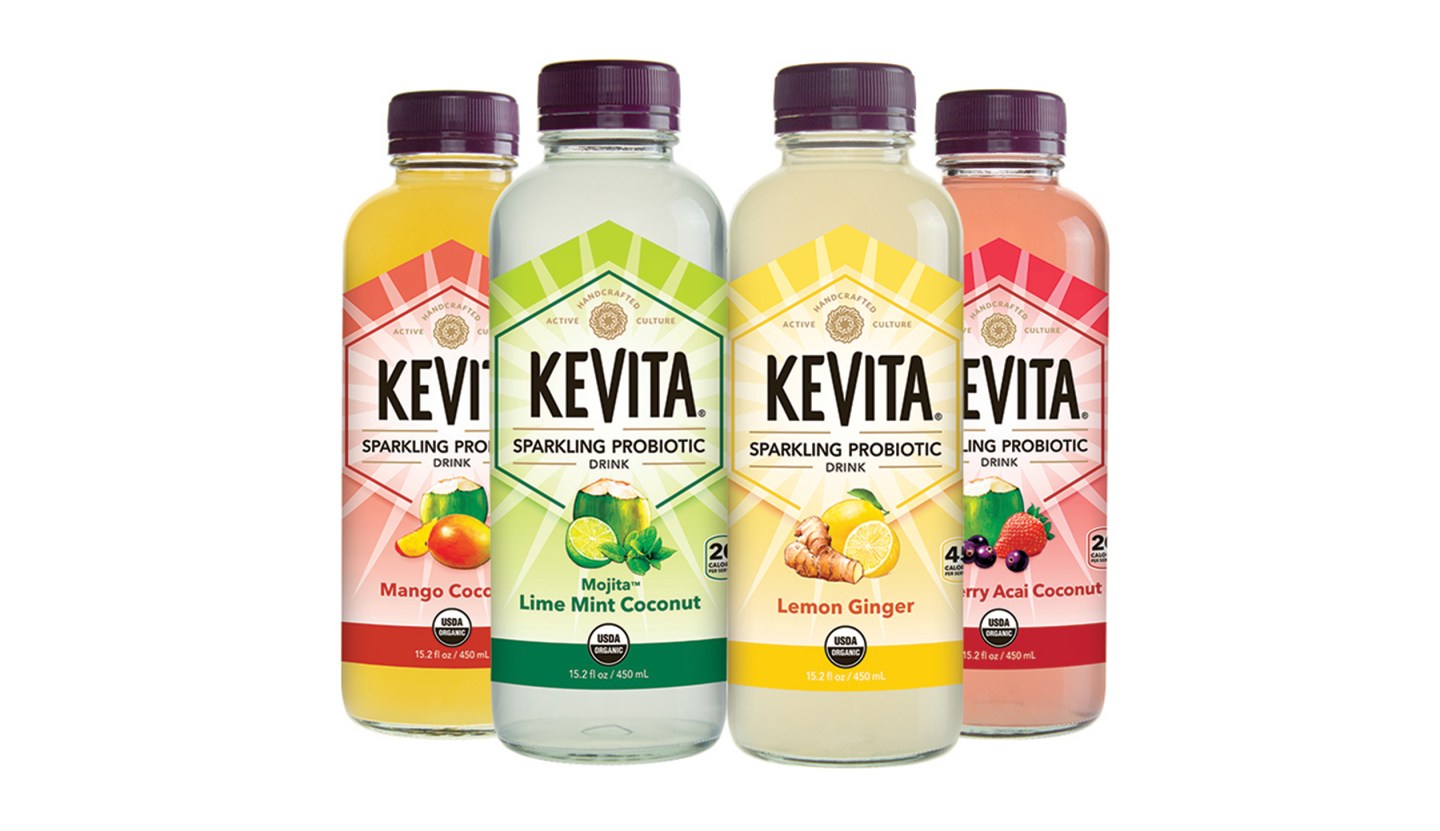 PepsiCo has agreed to fully acquire sparkling probiotic drink maker KeVita, a deal that will diversify the soda and snacking giant’s portfolio by adding another brand that taps consumer interest in healthier beverages.

Rumors of a potential deal between PepsiCo (PEP) and KeVita surfaced last month when Reuters reported the parties were close to a deal the news agency pegged at “less than $500 million.” Fortune has learned that the transaction price is actually around $200 million.

The transaction, which is set to close over the next couple of months, builds on the minority stake PepsiCo took in KeVita back in 2013. PepsiCo helped KeVita expand distribution, and intends to further push the brand’s access to retail markets now that it will fully own it.

For PepsiCo—owner of the namesake soda brand, Gatorade, Frito-Lay, and Quaker Oats—the deal is a way to bulk up on the consumer trend toward “functional” beverages, which are selling strongly as consumers look for more nutritional benefits in the foods and drinks they consume. KeVita is also on-trend in other ways: the beverages in the portfolio generally contain between five and 45 calories per serving, and most of the flavors are sweetened with stevia and contain no sugar.

Adding KeVita to PepsiCo’s portfolio will also help the beverage giant make good on its promise that by 2025 at least two-thirds of its global beverage portfolio volume will have 100 calories or fewer from added sugars per 12-oz serving. The entire KeVita line, with 27 skus currently on shelves today, meets that criteria.

The move is also a significant pivot for PepsiCo as it aims to diversity the portfolio to tilt more heavily toward beverages that are in the health and wellness space of the grocery aisle at a time when U.S. consumers are drinking less carbonated soft drinks because of concerns about high calorie counts and some sweeteners found in those drinks. Consumers are leaning more toward bottled water, juices, kombucha, and flavored waters that are more on trend today, so it makes sense that PepsiCo would want more brands in house to address those broader trends.

PepsiCo doesn’t often fully acquire brands like KeVita, which was founded in 2009, as the company’s management is fairly prudent about not overpaying for a food or beverage startup. Chief executive Indra Nooyi has said that while PepsiCo doesn’t shy away from making investments that can create value for shareholders over the long term, finding the right buying opportunity can be a challenge. Smaller startups, in particular, are often excessively priced.

“The truth is, we look at almost everything that’s out there, but obviously we buy very, very few things,” vice chairman and Chief Financial Officer Hugh Johnston told The Street in an interview earlier this year. He said PepsiCo tends to average less than $500 million per year in tuck-in acquisitions.

Upon closing, KeVita will operate independently with its production and bottling facilities located in California. The brand’s co-founders, Bill Moses and Chakra Earthsong, will stay on and serve as brand ambassadors. KeVita will be tucked into the PepsiCo Premium Nutrition business, which also includes the juice and smoothie Naked Juice and sparkling juice maker IZZE.