How Nike Helped Push the Dow to a New High 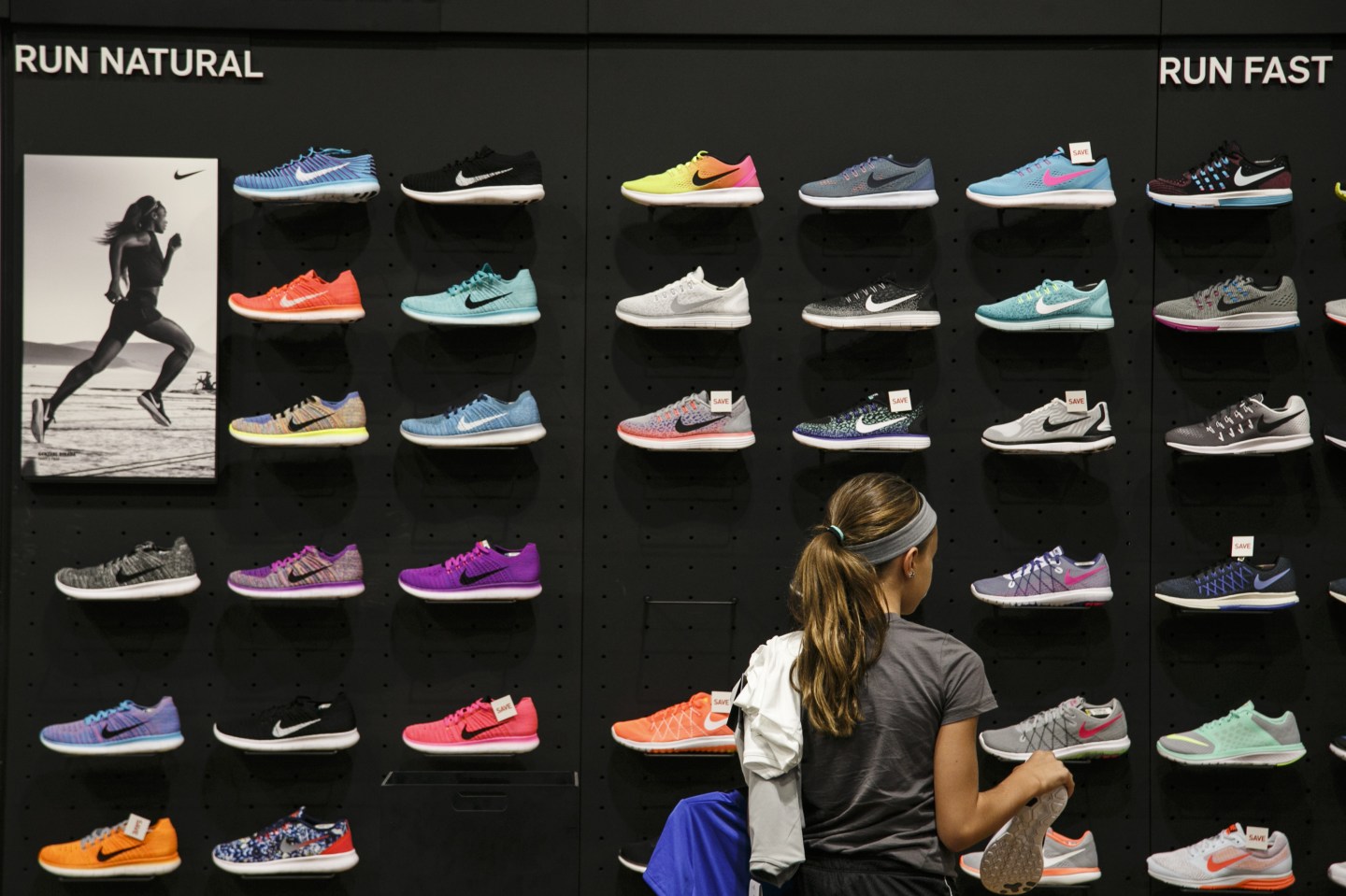 It’s been the worst performing stock this year on the Dow Jones Industrial Average, but it led the index to new highs Monday.

Shares of the sports apparel company jumped after HSBC analysts upgraded the stock from “Hold” to “Buy,” and gave it a 12-month price target of $60—a 18% upside from Monday’s open.

“[W]e now see the stock trading below 20x forward price-to-earnings ratio, a level we find very compelling given our bullish stance on the fundamentals of the sporting goods industry and the quality of Nike’s management team and track record in terms of growth, cash returns and communication,” the team wrote. “We also view that during lower growth times like now, Nike has many levers to pull to extract better margins.”

But the sports apparel maker has been a poor performer this year, with shares dropping 17% year to date as the company repeatedly missed Wall Street expectations in recent quarters.

Investors have also fretted about Nike’s competitors, Adidas and Under Armour. The latter company confirmed on Monday that it had entered a 10-year uniform partnership with Major League Baseball—Under Armour’s first ever deal with a major professional U.S. sports league.

The Dow ended the day up nearly 46 points, ending at 19,216.24. The index has risen 4.8% since Trump’s election, largely led by stocks in the financial sector.