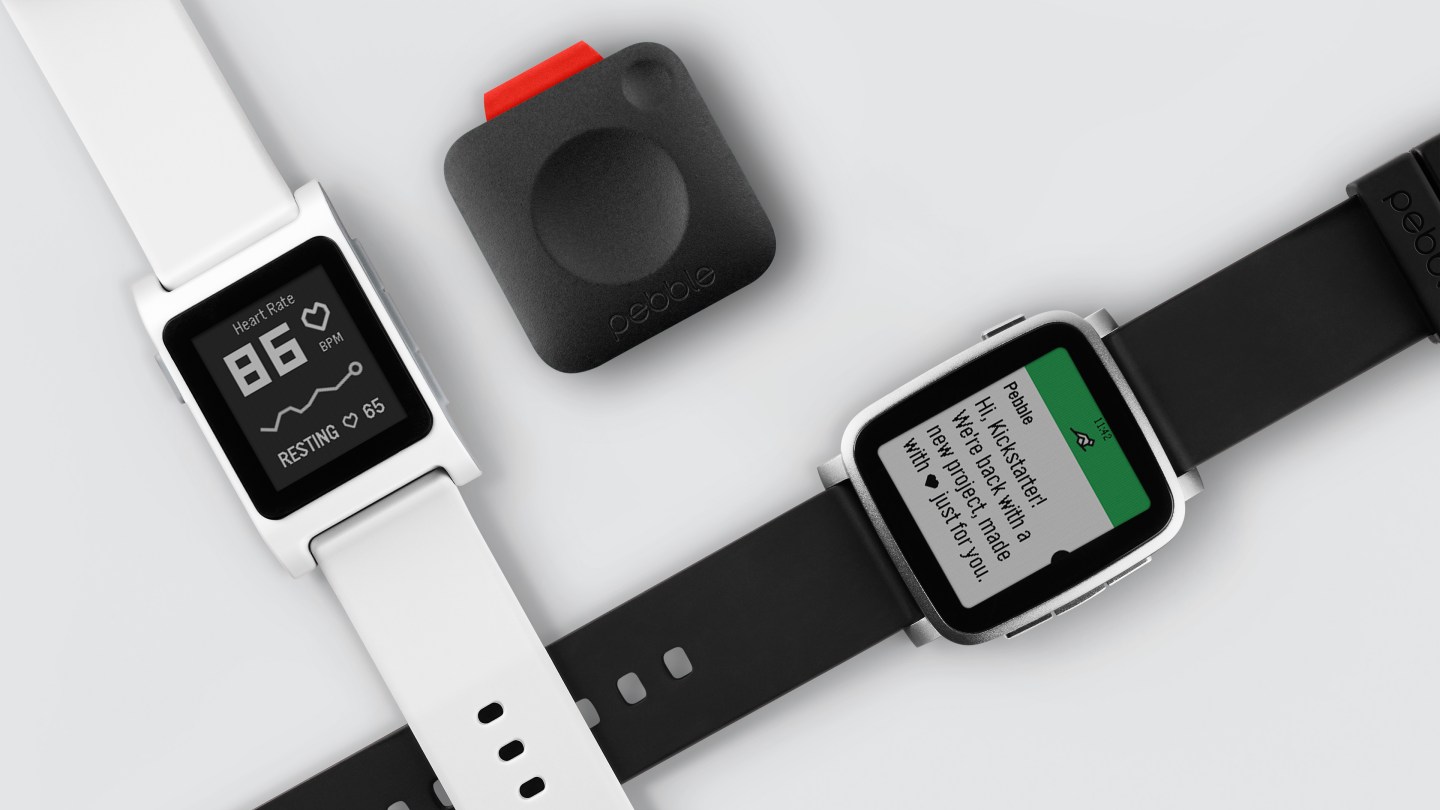 Fitbit is reportedly close to a deal to acquire pioneering smartwatch maker Pebble for $40 million or less, but it’s doubtful the fitness band maker would get much out of the deal.

CEO James Park is trying to steer Fitbit through a rough transition as manufacturing difficulties and tanking sales in Asia have wreaked havoc on the company’s revenue growth and stock price. Shares of Fitbit, which went public at $20 in June last year, were trading at $8.56, up 2% on the possible Pebble deal.

An offer to buy Pebble could be one piece of Park’s comeback strategy, according to a report on the web site The Information late on Wednesday, citing anonymous sources. Such a deal would cost $34 million to $40 million, TechCrunch reported, also citing unnamed sources.

One model for a deal could be Fitbit’s acquisition of mobile payments technology from failing startup Coin back in May. Fitbit paid a modest sum and brought on some of Coin’s staff in an effort to add mobile payments features to future Fitbit products. But Fitbit didn’t acquire Coin outright and didn’t seek to continue selling the company’s handheld mobile payment device.

Pebble set a record for raising the most money on Kickstarter back when it introduced its first smartwatch in 2012. But the once-cutting edge watch was passed by products from Apple, Samsung, Garmin (GRMN) and others. The company laid off one-quarter of its staff in March. Sales, which were never huge, have completely tanked in recent months. In the third quarter, Pebble sold only about 100,000 watches, less than one-tenth what Apple sold and half what it had sold a year earlier, according to IDC.

As Apple (AAPL) and other smartwatch makers have taken aim at Fitbit’s core market of health and fitness devotees, Park has tried to move upscale if not quite completely into the full-featured smartwatch segment. Fitbit’s Blaze, which sells for $200, includes a color touchscreen, GPS, call and text message alerts, and an app to control a connected smartphone’s music player.

Still, that’s a far cry from the much broader capabilities on even an entry level smartwatches from Apple or Samsung, which cost only slightly more. The Blaze isn’t even considered part of the smartwatch category by many analysts since it cannot run third party apps.

Purchasing Pebble could help Fitbit (FIT) enhance the features of its almost-smartwatch. The $130 Pebble 2 watch, announced in June, has an e-ink color display, a built-in microphone, and compatibility with the company’s app store that features an array of third-party games, utilities, and information programs—though most require a connected smartphone.

The biggest hurdle for Fitbit if it decided to offer a true smartwatch is its lack of an ecosystem to attract software developers to write apps. Apple and all the watch makers in the Google (GOOGL) Android market, by contrast, have millions of developers writing apps for their mobile platforms who can easily expand to to offer apps on the wrist.

The problem is that Pebble’s app store is tiny in comparison to the software outlets of Apple and Google. And even though some of the Pebble apps connect to an iPhone, Apple doesn’t allow watches from other companies to have the same intimate connections to the iPhone’s capabilities that it grants to its own watch. Don’t hold your breath for an Apple Pay app on a Pebble, for example.

Clearly, the Pebble third party offerings weren’t enough to attract a big audience to its watches. Fitbit could give a Pebble-infused Blaze much greater distribution and promotion but in the age of the app, that may not be enough.

Also, the market is moving rapidly while integrating Pebble technology into a Fitbit product could take time. More than six months after Fitbit picked up Coin’s technology, there’s still no sign of integration into a Fitbit product. Building an entire new operating system with Pebble app compatibility is likely an even more complex task.

Finally, these sorts of deals to acquire a failing or struggling technology platform player don’t have a great historical track record. Mark Hurd tried to cover Hewlett Packard’s mobile mistakes by acquiring Palm and its Web OS long past their heyday to no avail. And Steve Ballmer’s Nokia purchase will go down as one of his worst while running Microsoft. Pebble obviously isn’t on the scale of those missteps, but its market-lagging technology is yet another sinking platform.

As the modest stock reaction to a possible deal showed, for Fitbit shareholders, a Pebble deal may be too little, too late.