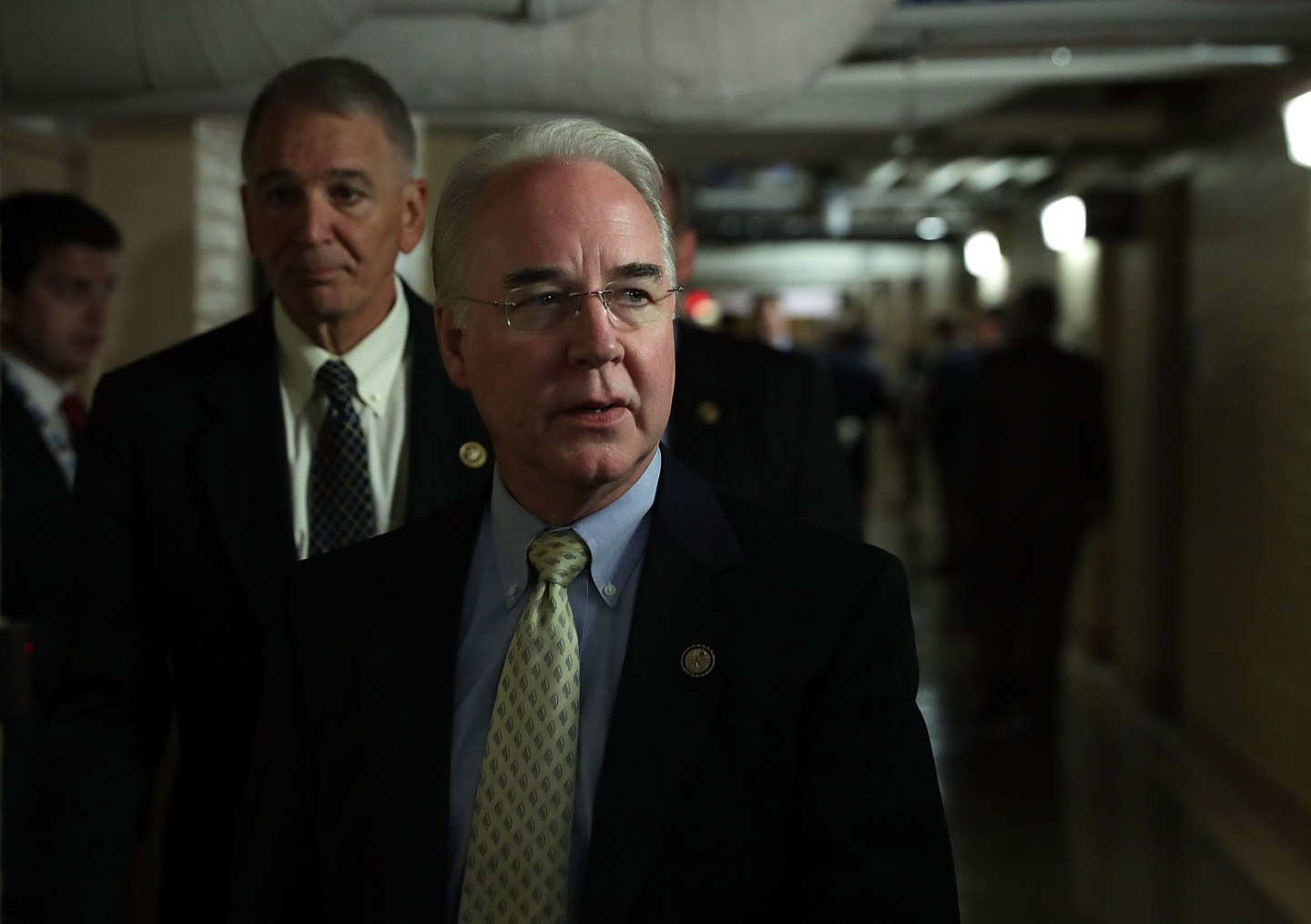 President-elect Donald Trump has chosen Georgia Congressman Tom Price to lead the Department of Health and Human Services (HHS) under his prospective administration. But what will that mean for the Affordable Care Act, a.k.a. Obamacare?

Price is a former orthopedic surgeon and one of the Republican Party’s top leaders in the House of Representatives as chair of the powerful Budget Committee. He’s also one of Obamacare’s loudest critics and a staunch conservative who gave early support to Trump. And that pedigree lends him a health care-related gravitas and political edge which may help explain his selection by the president-elect.

So what might actually happen to Obamacare under his watch? Here’s a preliminary look.

It’s hard to see how Obamacare is kept in place in anything approaching its current form under a Trump administration, Price-led HHS, and GOP Congress. While Trump has somewhat walked back his no-holds-barred opposition to everything Obamacare since his election, like popular provisions that prevent insurers from refusing to cover sick Americans, it’s unclear how those stances would be financially feasible while also nixing the law’s more unpopular measures (like the requirement that everyone buy health insurance or pay a penalty.)

Trump’s thinking on the ACA may be fluid on some level. But Price’s position—and that of Senate Majority Leader Mitch McConnell, House Majority Leader Kevin McCarthy, and House Speaker Paul Ryan—has been pretty consistent: Repeal and replace.

“Repeal,” from a legislative standpoint, is easy enough: Just write a bill to nix the whole thing. But, according to Congressional Budget Office figures, that would create all sorts of problems for the millions of Americans who have gained coverage under the public Medicaid program for the poor, which was substantially expanded under Obamacare, and a newly regulated individual insurance market covering those without employer-provided health plans which has just begun to take root (to see some of the implications of this potential disruption, read my writeup of the fate that Trump in-law Joshua Kushner’s $2.7 billion insurance startup would face in a post-Obamacare world).

The “replace” part is a lot more complicated. As a Congressman, Price has offered his own extensive take on the types of policies which could supplant Obamacare, including dismantling the existing individual marketplaces entirely; a shift towards private Health Savings Accounts; replacing guaranteed insurance coverage for sick Americans with the option of creating expensive “high-risk pools” that cover the most medically needy; and the establishment of voucher programs that shift more of the financial burden for healthcare from the government onto consumers.

But the transition to these new programs, if implemented, won’t necessarily be any less rocky than Obamacare’s disruptions to the individual insurance market (which, should be noted, covers just a small slice of the overall U.S. insurance pool, since the vast majority of Americans are covered by their employers or public health plans). Massive changes to Medicare and Medicaid, like the ones that Price and Trump’s reported pick to head the Centers for Medicare and Medicaid Services, Seema Verma, have endorsed would affect an even wider swath of American health care consumers.

Much of the conversation surrounding Trump’s HHS pick has centered on legislative possibilities. But the truth is, that’s the kind of thing that’s hard to game out. Obama’s quest to get his signature Affordable Care Act across the finish line, even while he was armed with strong Democratic majorities in both houses of Congress, was filled with twists and turns and compromises.

Many substantive changes to the law only came about afterwards through the—admittedly boring, but entirely essential—process of regulatory rule-making. (Including early decisions to postpone Obamacare’s mandates on employers and shift open enrollment timelines for buying coverage.) And that’s one area where Price could truly leave his mark irrespective of what happens in Congress.

To cite just one controversial example from the Obama administration: there was a high-profile scuffle wherein former HHS chief Kathleen Sebelius initially overturned the Food and Drug Administration’s (FDA) decision to endorse the availability of over-the-counter birth control without a prescription to young women. The administration eventually backtracked on that; but those are the exact kind of choices that any HHS administrator can—and has to—make.

In addition to public health programs like Obamacare, Medicare, and Medicaid, Price will also be charged with overseeing major scientific and regulatory agencies like the National Institutes of Health (NIH) and the FDA.