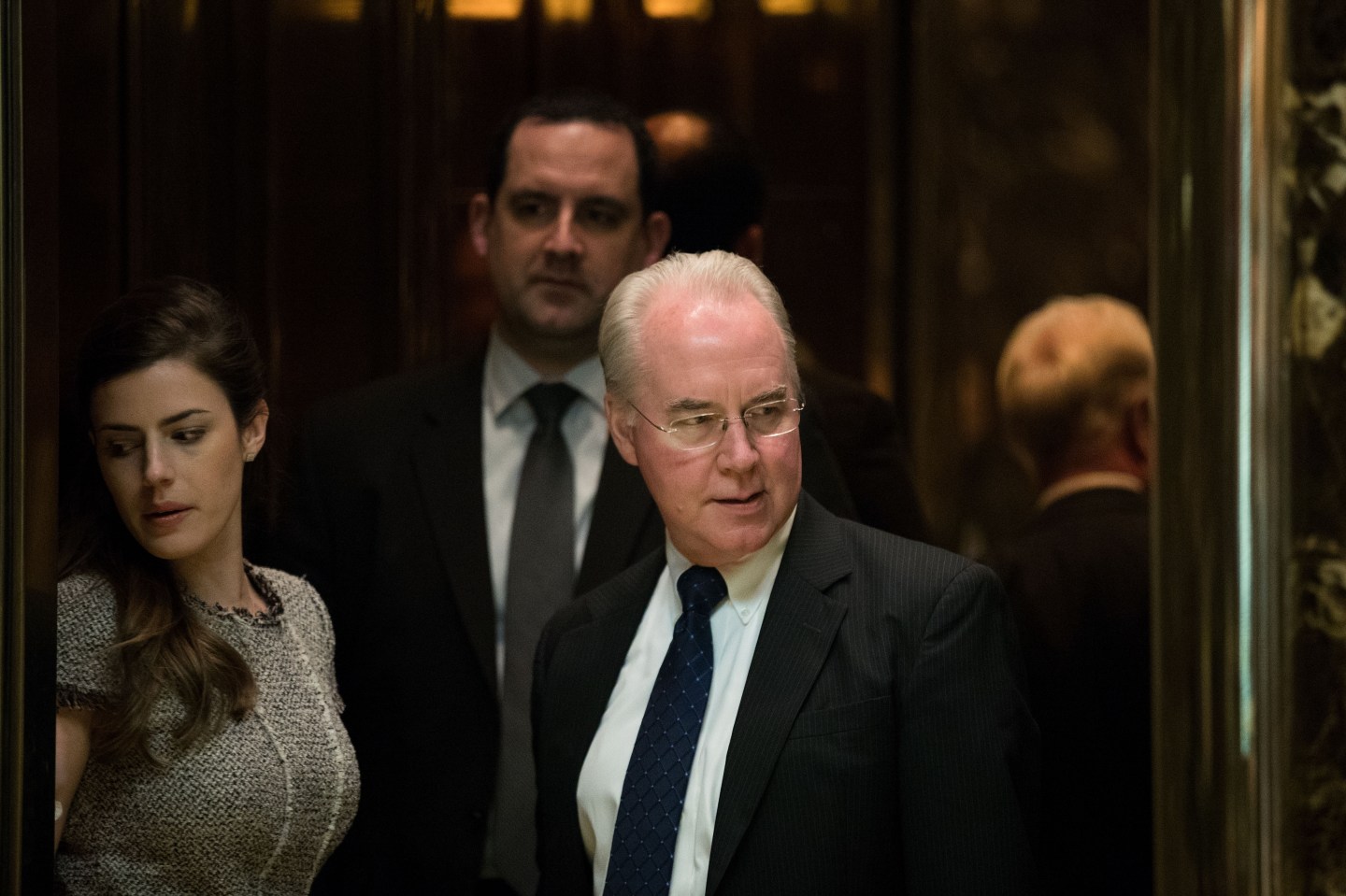 NEW YORK, NY - NOVEMBER 16: Rep. Tom Price gets into an elevator at Trump Tower, November 16, 2016 in New York City. President-elect Donald Trump and his transition team are in the process of filling cabinet positions for the new administration. (Photo by Drew Angerer/Getty Images)
Photograph by Drew Angerer—via Getty Images

President-elect Donald Trump has reportedly chosen Congressman Tom Price of Georgia as his pick for Secretary of the Department of Health and Human Services (HHS)—the agency which oversees some of America’s largest public entitlement programs and encapsulates major research and regulatory bodies like the National Institutes of Health (NIH) and the Food and Drug Administration (FDA).

A conservative Republican who was a staunch and early Trump supporter, Price also has a medical background: he used to be an orthopedic surgeon. And politically, he appears to be (mostly) aligned with the incoming president’s major health-care-related message—that the Affordable Care Act, a.k.a. Obamacare, is a “disaster” that must be torn down root and branch.

But if Price really is Trump’s pick (several media outlets, including the Washington Post, have reported that the decision could be announced publicly as soon as Tuesday), there could be some friction between the Congressman’s reputation as a hard-liner and the President-elect’s apparent willingness to walk back some of his stiffer rhetoric—including recent statements suggesting that he may keep some major Obamacare provisions in place.

Still, that very uncertainty may help explain the reported choice, as Trump attempts to navigate new political waters and a Congress that could be significantly more conservative going forward. Price has a heavy history in the House of Representatives and is the current chairman of its powerful Budget Committee. He also also sits on multiple other committees which have a big say in health policy.

But Price will have to deal with the advent of significant health challenges—even beyond Obamacare—if he is nominated and ultimately confirmed to the position. The next HHS Secretary will have to address America’s opioid epidemic crisis; funding for scientific research; and proposed reforms to the drug approval process, among much, much more.

Fortune has reached out to the Trump transition team and Price’s office to confirm the reports, and will update this story if they respond.