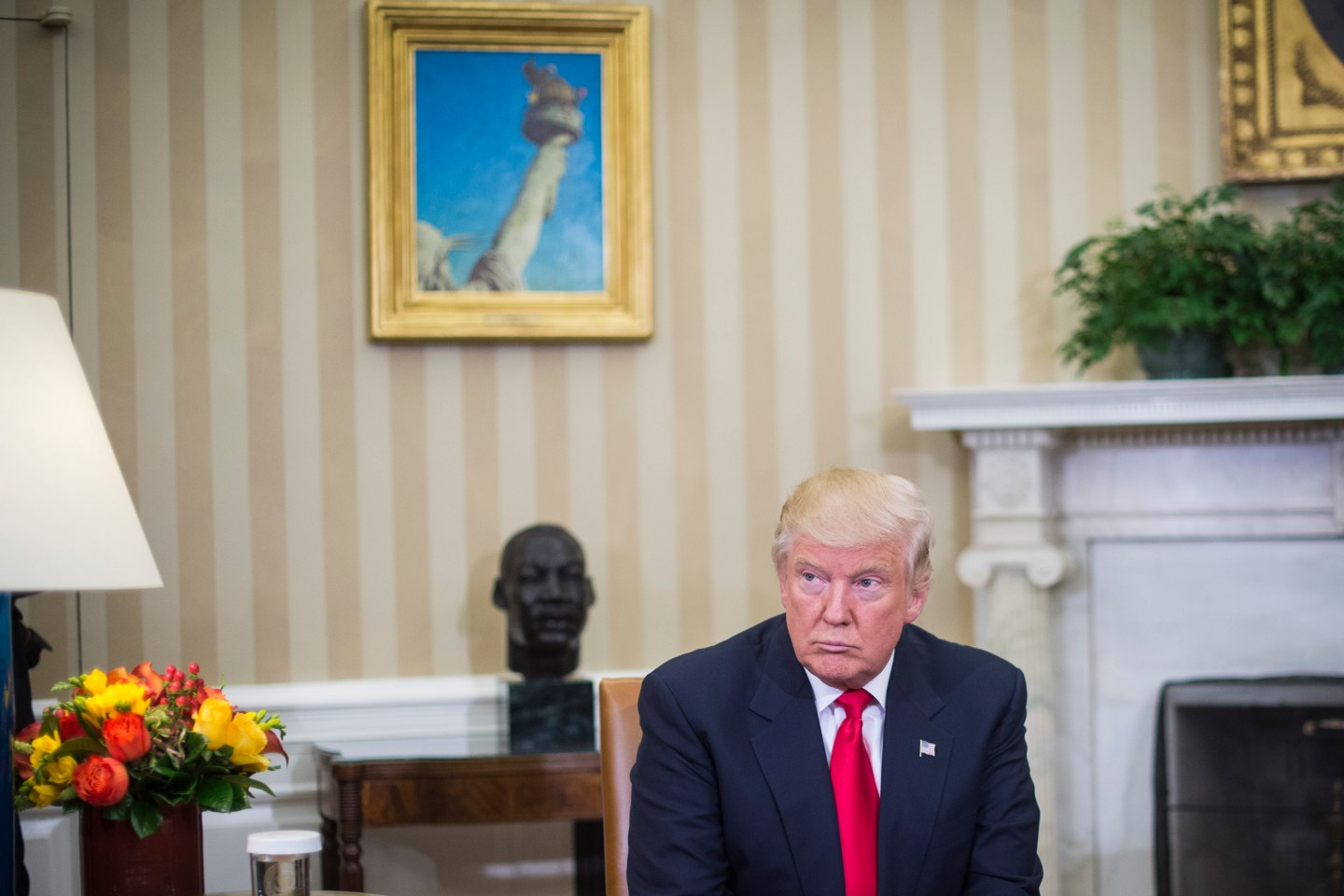 Speculation is heating up about who will lead the Department of Health and Human Services after Donald Trump takes office in January.

Trump’s political outsider status, which helped with his unexpected election victory, could become more problematic after he takes the reins from President Obama, who reportedly plans to spend more time with his successor than usual teaching him the day-to-day aspects of the presidency. Considering that health care is one of the areas where Trump and fellow Republicans have promised major changes like dismantling Obamacare, his pick for HHS Secretary will be particularly important.

Here are some of the names reportedly being considered for the crucial position, which oversees Medicare and Medicaid, the Food and Drug Administration, the National Institutes of Health, and other major agencies. (Fortune has contacted Trump’s transition team to confirm the short list, and will update this post if it responds.)

Politico reported on Tuesday that Georgia Rep. Tom Price, an ardent Trump supporter and early surrogate for the businessman, is being seriously considered for the role.

SCOOP: Rep Tom Price – a doc & early Trump supporter – being considered for HHS sec, from @rachaelmbade and me. https://t.co/ULQ9DuIzA7

Price would likely check a lot of boxes. He’s a former orthopedic surgeon who has consistently been one of Obamacare’s loudest Congressional critics; a top House Republican who serves as chairman of the powerful Budget Committee (in addition to seats on Appropriations, Insurance and Labor, and Health and Human Services committees); and previously led the Republican Study Committee, a conservative segment of the House Republican caucus.

Another name being floated is Bobby Jindal, the former Louisiana governor and 2016 Republican presidential candidate whose campaign never really took off. Jindal left office with dismal approval ratings, with some polls showing that even a majority of Republicans disapproved of his performance.

But a Jindal pick wouldn’t be completely out of the blue considering his health care experience. He’s headed Louisiana’s Department of Health and Hospitals and was an Assistant HHS Secretary during the George W. Bush administration. Still, Jindal had some pretty harsh things to say about Trump during the GOP primaries, once writing a CNN op-ed calling him “a madman who must be stopped.”

Jindal, like all of Trump’s reported candidates for HHS, is a die-hard Obamacare opponent who attempted to significantly slash Medicaid benefits during his tenure as governor.

Gingrich, as a vocal Trump supporter and advocate, is widely expected to receive a major White House or cabinet role in a Trump Administration. The question is: What will it be?

HHS chief may be an option. Despite Gingrich’s reputation as a political bomb-thrower, he has some fairly strong (and varied) views on issues that the next Health and Human Services secretary may have to tackle.

For instance, Gingrich is a major supporter of medication-assisted treatment to help Americans who are addicted to opioids, as STAT News notes. That’s a method that’s also been strongly endorsed by the Obama administration; and Gingrich has called for doubling the NIH’s budget in order to facilitate scientific research.

Rich Bagger, the former executive vice president of corporate affairs and market access at biotech giant Celgene, is among the highest-profile businessmen on Trump’s transition team. Bagger’s also been a longtime figure in New Jersey state politics, serving as chief of staff to New Jersey Gov. Chris Christie (a top Trump surrogate who was replaced as transition chief earlier this week).

But Bagger could just as well wind up returning to the biopharma industry. He took a leave of absence from Celgene to work with Trump’s campaign.

One who won’t be: Ben Carson

Ben Carson, for all his controversies as a presidential candidate, is a widely-respected neurosurgeon. His name was recently being floated for the HHS post. But an aide told The Hill on Tuesday that Carson had turned down any potential role in a Trump administration, citing a lack of sufficient experience to lead a government agency (even though Carson ran for president).

“Dr. Carson feels he has no government experience, he’s never run a federal agency. The last thing he would want to do was take a position that could cripple the presidency,” the aide said.