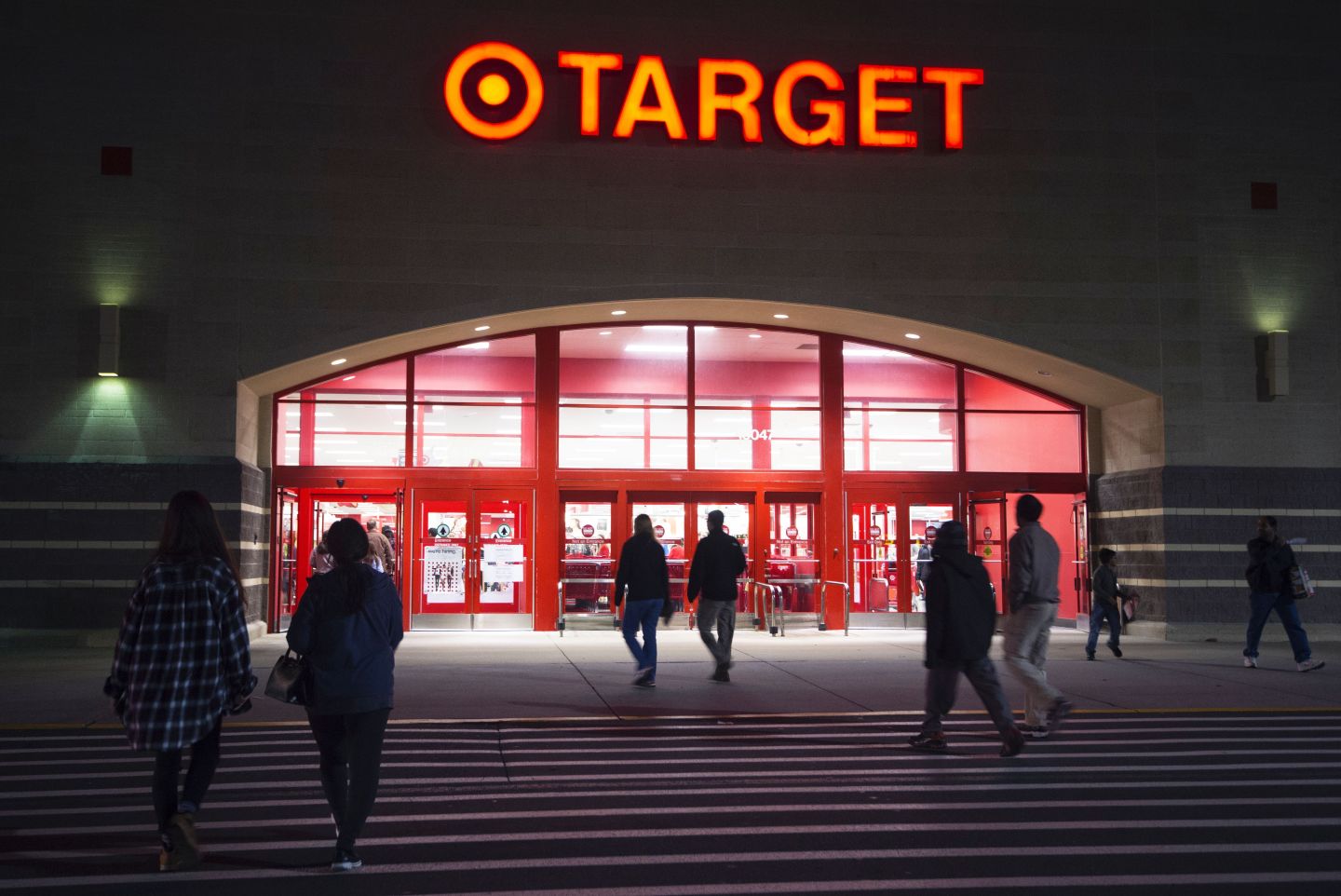 The migration of consumers from stores to online shopping over the crucial Thanksgiving-Black Friday weekend continued dramatically this year, adding to the pressure on brick-and-mortar retailers as they seek to compete with Amazon.com (AMZN).

A survey released by the National Retail Federation on Sunday estimated that 108.5 million Americans shopped online over the long weekend that kicks off the holiday shopping season in earnest, well above the 99.1 million who hit stores. Last year, the numbers were about even for both avenues of shopping.

It’s not a surprising finding given that Target (TGT) and Kohl’s (MSS), among others, reported record online sales on Thanksgiving. Adobe said online shopping not only eclipsed the $5 billion mark for Thanksgiving and Black Friday, but told Fortune that U.S. online sales from Thursday to Saturday rose 17.3% to $7.23 billion. Many retailers, including Walmart, began their Black Friday deals online right after midnight on Thanksgiving morning.

The shift likely explains why so many malls were quiet overnight leading up to Black Friday, in contrast to the frenzy of years past, and to much busier early evenings.

“Between online and the spreading out of all the deals throughout the month, we’ve seen a much more calm and civilized and very different process for shopping,” said Marshal Cohen, chief industry analyst at NPD Group.

To compete with Amazon.com, traditional retailers have been pouring billions into their e-commerce offerings. That includes upgrading shopping apps, equipping stores to handle pickups for online orders as well as ship e-commerce orders, and introducing mobile payment apps. Those efforts have led to sharper e-commerce performance for many retailers: Target and Walmart.com (WMT) for instance, reported higher online growth rates last quarter than in preceding quarters.

These retailers are also finally getting that their customers don’t distinguish between a brand’s stores and its website: Target this year is making its Cyber Monday deals available in stores, too. And Walmart started its Cyber Monday sales on Black Friday. Retailers were equipped to help shoppers navigate a full range of offerings, and that gave stores less to worry about.

The brick-and-mortar retailers’ websites largely held up, with the notable exception of Macy’s (M), whose site had trouble keeping up with heavy traffic on Black Friday.

More worrisome for retailers is the drop in spending for those who did shop: the NRF/Prosper Insights & Analytics survey found that the average shopper spent $289.19, down from $299.60 last year, a 3.5% drop. NRF executives pointed to deflation in the electronics area, one of the biggest categories this weekend, and for heavy discounting. NRF Chief Executive Matt Shay said however, the level of discounting was planned, rather than panicked price slashing.

Despite that drop in spending per person, the NRF stuck to its forecast that sales in November and December will be up 3.6% in what would be one of the industry’s best Christmas periods in recent years.