Tableau Cozies Up to Amazon Cloud 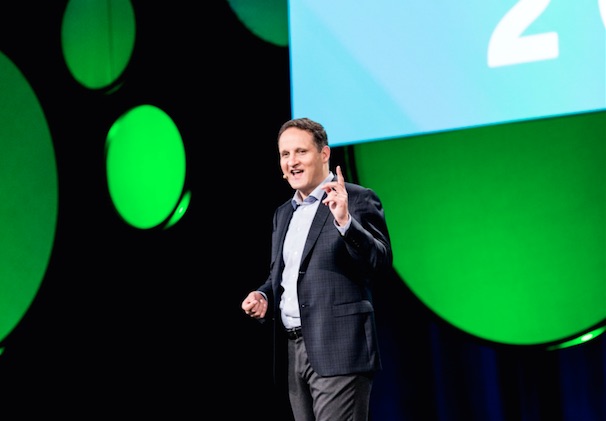 It’s not a huge surprise that business software maker Tableau, now led by former Amazon executive Adam Selipsky, is putting the online version of its data visualization tool on Amazon Web Services as one option. Selipsky, after all, had spent more than a decade helping build Amazon Web Services into the public cloud juggernaut it now is.

But if you dig deeper, an interesting narrative emerges—but back to that in a moment.

The news, to be formally announced next week at the annual AWS Re:Invent conference in Las Vegas is that Tableau Online will run on Amazon’s massive public cloud as an option. Customers can continue to run Tableau Online on Tableau’s own data centers as well.

All a prospective user will have to do is click on a few on-screen boxes to get started, Selipsky told Fortune in an interview. Until now, Tableau (DATA) Online data visualization service was only available on Tableau’s own infrastructure.

Tableau also sells a version of the same software that companies can run on their own data center gear. This is called Tableau Server but Tableau Online is the company’s fastest growing product.

Thirteen-year-old Tableau (DATA), fueled the rise of what is called “self-serve analytics” which enables mere mortals, not business analysts, to show off their important data in ways that make sense. Previously, workers had to submit requests to business analysts for data reports and then wait hours or even days, for the result. It was hardly an optimal process in a fast changing business world.

But more to the point here is that AWS itself is adding more of its own products, including data analytics to its product roster. Last week, it made QuickSight, its in-house analytics tool (announced at AWS Re:invent last year) broadly available.

And this is the broader story. AWS started ten years ago by renting basic storage, networking, and computing power to customers but in the intervening years has added a steady stream of higher level business software to its menu. So while customers can run Oracle (ORCL), Microsoft, or SAP (SAP) databases on AWS, they can also forego all of those and use Amazon’s Aurora database instead.

This is reminiscent of the Microsoft (MSFT) of two decades ago that wooed third parties to build software to run on its Windows operating system while also building its own software applications.

Just as Microsoft courted Lotus, Borland, and WordPerfect to build Windows versions of their once category-leading software packages, Amazon woos data analytics companies like Domo, Qlik, and Tableau to AWS while building its own in-house products that compete with them.

Not to put too fine a point on this, but has anyone heard much from Lotus, Borland, or WordPerfect lately?

Other companies are also navigating this tricky relationship. Snowflake Computing, which hosts its own data warehouse software on AWS also competes with AWS RedShift data warehouse, for example. But Snowflake CEO Bob Muglia, formerly a top Microsoft and Juniper Networks exec, told Fortune recently that AWS has good checks in place internally to guard the interests of third-party software partners. “I’m sure the RedShift team hates me, but the AWS infrastructure guys do not,” he said.

For more on AWS watch:

Asked about competitive issues with Amazon, Selipsky said the potential opportunities that open up because Tableau and AWS work together far outweigh any threat. Customers can already run their Tableau Server software on Amazon (AMZN) and the two companies built links between Amazon RedShift data warehouse and other data sources to Tableau; and they conduct joint marketing and sales efforts.

“Business intelligence and analytics are very large market segments. Customers will choose different offerings for different use cases,” he said.

Correction and clarification, Nov. 27, 2016: An earlier version of this story misspelled QuickSight. Additional text has been added to clarify that customers can opt to run Tableau Online on AWS or Tableau’s own infrastructure.