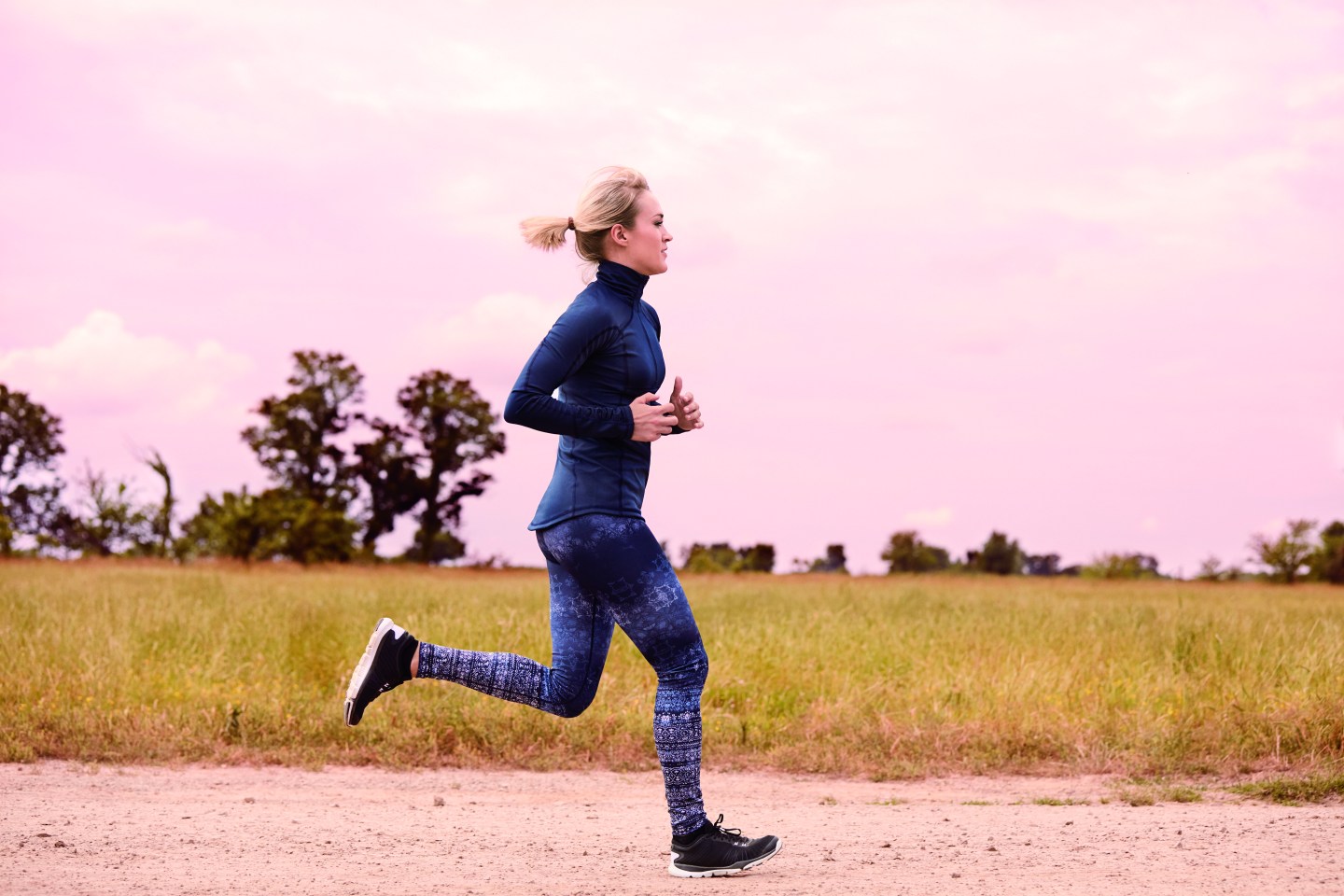 Country singer Carrie Underwood has established quite a resume since she burst on the scene about a decade ago. Seven Grammy awards, a dozen Country Music Awards—and of course her victory on the “American Idol” stage back in 2005.

But Underwood’s side gig is also racking up some impressive success. She steers her own athletic apparel line called Calia, which will celebrate a two-year anniversary early next year.

“There was a gap in the market,” Underwood told Fortune in a recent interview. “When I would go to buy clothes for myself to work out in and live life in, things were either highly technical and unattractive or the opposite—pretty but won’t do me much good in the gym.”

The goal for Calia—which sells sports bras for around $40 and tights for $70—is for the clothes to have functionality in the gym but also enough flare in the color choices and prints to be on-trend outside of the fitness studio. Underwood—who calls the clothes “life wear”—uses them for her personal workout routine, which includes cardio-based running and elliptical workouts, weights, and the occasional fitness class.

Underwood says some of the items she likes most include the printed tights. “Some of them are like art,” she claims. The singer also says it is important that the Calia line is both affordable to most consumers and also that the various tights, shirts, and jackets are interchangeable in their colors and prints, so shoppers can get more use out of them.

Underwood is among a slew of celebrities—actresses Kate Hudson and Hilary Swank; singers Beyoncé and Jessica Simpson—to launch an athleisure line in a bid to win over female shoppers that are looking for yoga pants, running tights, sports bras, and other athletic wares that can be worn in the gym or while out for a cup of coffee with friends.

Some of those celebrities have inked key distribution deals to make it easier for their lines to find an audience. Hudson co-founded subscription-focused Fabletics, while Beyoncé’s Ivy Park is available at Topshop, Hudson’s Bay, and Nordstrom, among other partners. There’s also competition from traditional sportswear makers like Nike (NKE), Under Armour (UA) and Lululemon Athletica (LULU), which compete with traditional athletic gear and are increasingly designing their own more fashion-forward lines as well.

To compete, Underwood found a big retail partner. Calia (the name is inspired by the calla lily) is sold exclusively at Dick’s Sporting Goods (DKS), a massive sports retailer that has 676 stores across 47 states and has booked $5.4 billion in sales for the first nine months of the current fiscal year.

Dick’s backed Calia as part of a bid to the annual sales of private brands sold exclusively at Dick’s to more than $1 billion in the next three years. Today, Calia is the third-largest women’s brand sold at Dick’s after Nike and Under Armour. “We think it is trending toward number two,” Dick’s Chairman and CEO Ed Stack told Fortune. Private brands, Stack explains, “are a point of differentiation in the marketplace from anyone else.”

During a conference call earlier this month with Wall Street analysts, Stack said that Calia would be one brand that the company would continue to invest in.

“We’re very pleased with [Calia],” he said. “We’re actually going to be expanding the square footage in a number of stores to test a broader assortment. [We] continue to be extremely enthusiastic about Calia.”