Beyoncé Has Joined the Athleisure Wars 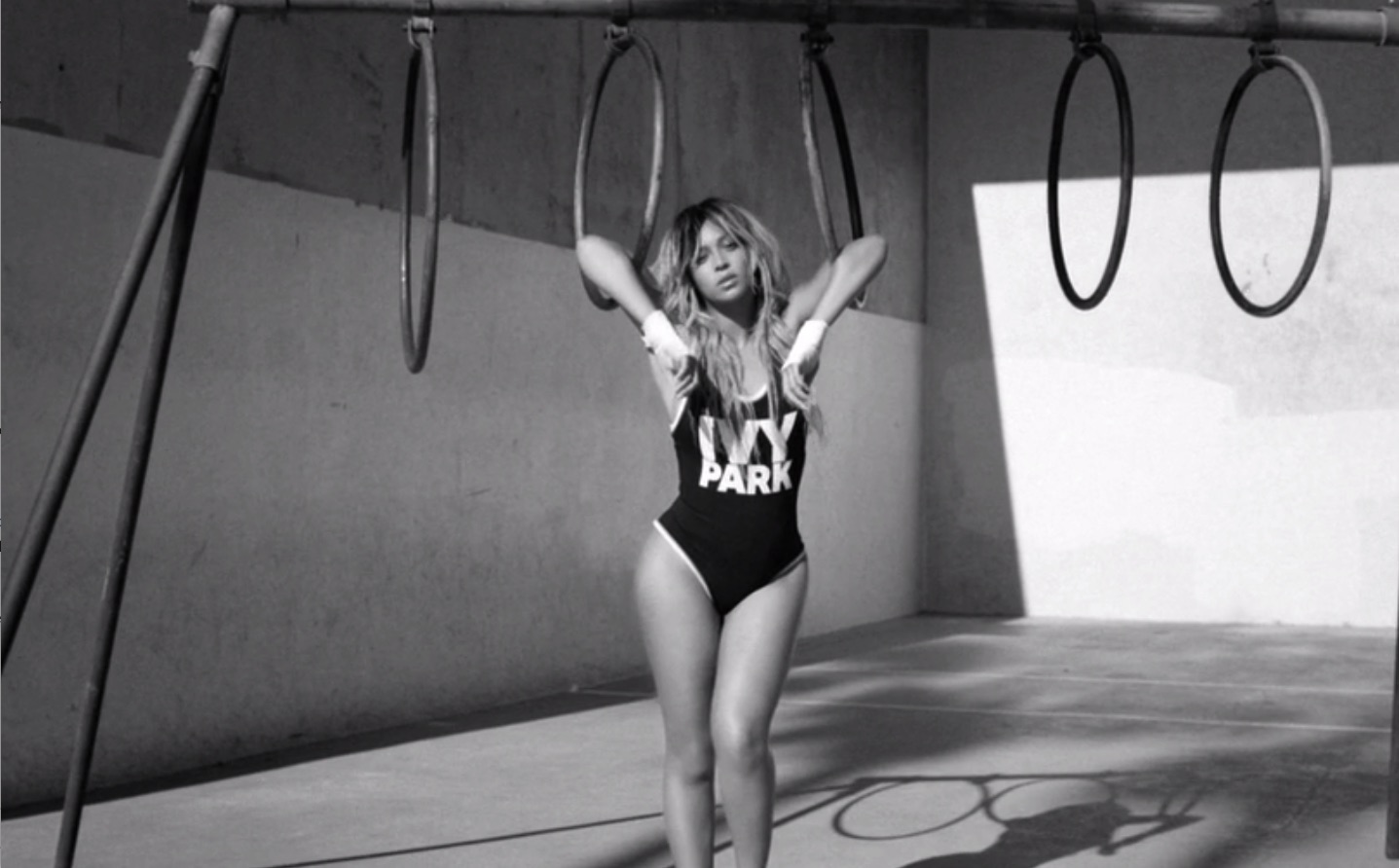 Beyoncé wants a piece of the exploding athleisure market.

The superstar singer unveiled her first collection of casual athletic wear on Thursday, releasing a two-minute video of her wearing some of the clothing in the 200-piece collection.

The line, called Ivy Park in reference to a park Beyoncé frequented as a youngster, will be available at Topshop, Hudson’s Bay, Nordstrom (JWN), Zalando.com, Net-A-Porter, and British upscale store Selfridges as of mid-April.

The Ivy Park line, first reported on by Women’s Wear Daily in October 2014, will be produced by Parkwood Topshop Athletic, a 50-50 joint venture between Beyoncé and Topshop.

In the promotional video, Beyoncé can be seen soaking wet in a playground as other women work out nearby, as well as swimming and doing other exercises herself in different settings. The star, whose full name is Beyoncé Knowles-Carter, reminisces about her childhood, and how her father taught her discipline in her training, evoking getting exhausted on runs. “I remember wanting to stop but I would push myself,” she says in the voiceover.

Beyoncé, a master of social media, also announced the Ivy Park line via an acrobatic photo on Instagram, where she has more than 65 million followers.

The singer of hits like “Crazy in Love” and more recently “Formation” is only the latest star to take a stab at the $35 million athleisure market: Kate Hudson and Carrie Underwood also have lines. And increasingly, athletic apparel makers are tapping celebrities to create collections.

Traditional retailers too are getting in on the act: Gap Inc’s (GPS) Athleta chain is a bright spot for an otherwise struggling company. Meanwhile, even department stores like Kohl’s (KSS) and J.C. Penney (JCP) are pushing athleisure hard.