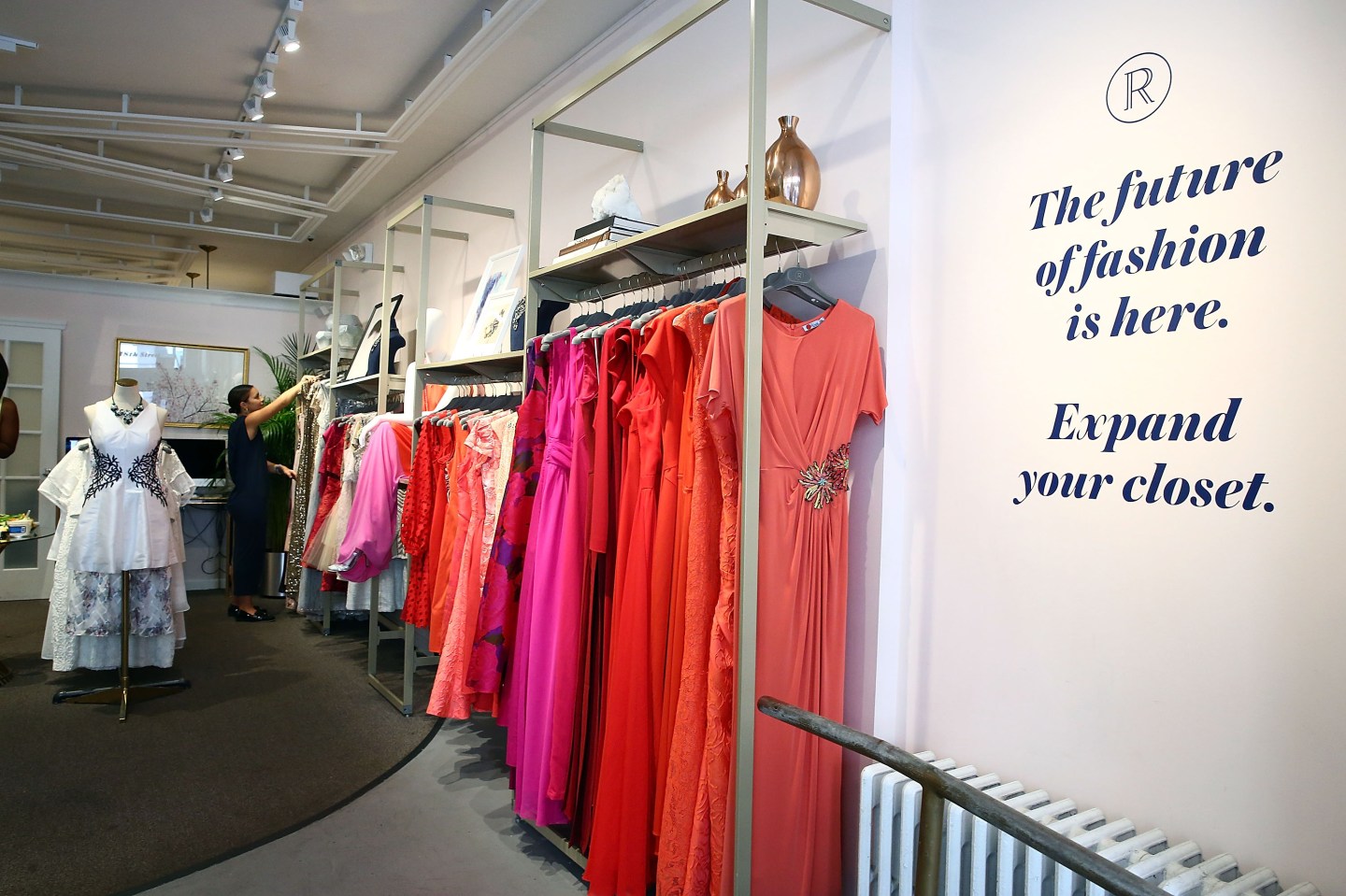 Neiman Marcus is teaming up with e-commerce startup Rent the Runway in a bid to hit luxury retail’s holy grail: winning over younger shoppers.

The luxury department store, which has suffered through four straight quarters of declining comparable sales, will open the first in-store Rent the Runway boutique at its San Francisco location in Union Square, with others to be announced next year.

The 3,000 square-foot boutiques will offer a rotating assortment of clothing and accessories that customers can rent, in a major departure for Neiman. Those shoppers will have access to a Rent the Runway stylist who can help select other items for sale in the Neiman Marcus store to complete a look.

“Partnering with Rent the Runway’s innovative model combined with their affinity amongst millennials provides an exciting opportunity for us,” said Karen Katz, CEO of Neiman Marcus Group in a statement. “Together we’re helping the next generation of luxury consumers discover and fall in love with designer fashion.”

Attracting younger women is essential for Neiman, which has a bit of a ladies-who-do-lunch clientele. According to Bloomberg, the average Neiman shopper is 51, while the average Rent the Runway customers is 29. And younger shoppers are less likely today to hit the mall for the sake of it, so it’s key for retailers to give them a reason to come.

For Rent the Runway, the partnership will also help it expand its small store footprint as like other e-commerce first companies it discovers the benefit of physical locations: the company, founded by in 2009 by two Harvard Business School graduates, Jennifer Hyman and Jennifer Fleiss, will have seven stores by the end of the year.

In its most recent quarter, Neiman Marcus’s comparable sales fell 4.1%, and the retailer lost $407.2 million. On a conference call in September, Katz told investors part of the problem is the desire of shoppers to buy what they see on runways or written up in blogs right away, rather than the months it takes for such clothes to get to stores.

The companies downplay the idea that their two business models cannibalize each other. Having a Rent the Runway shop at Neiman Marcus will introduce shoppers at both companies to the idea of renting and buying, they say. And Rent the Runway claims that rental accelerates women’s discovery of and appetite for new brands.

Befitting a modern e-commerce retailer, Rent the Runway customers can use an app to view merchandise available for rent in store that day. The company was valued at $500 million two years ago, and 2015 revenues were estimated to be between $70 and $100 million.

Other luxury department stores have also sought the magic touch of e-commerce companies to re-ignite shoppers’ interest. Earlier this year, HBC, parent of Saks Fifth Avenue, bought Gilt, and Nordstrom has long been an inve