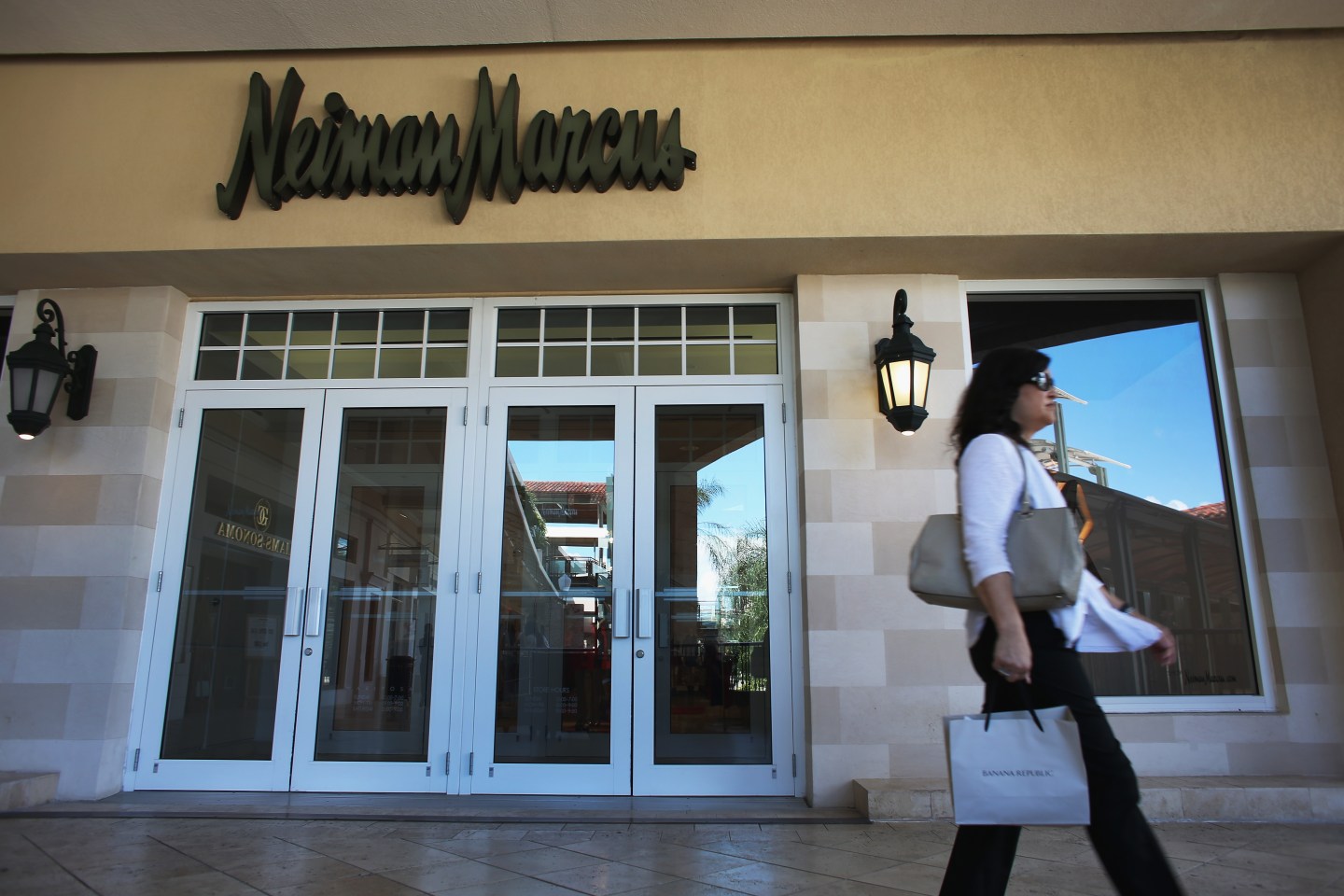 For years, Neiman Marcus thrived on the demand for haute couture featured in runway shows across the globe, from New York to Paris and Milan. But now the luxury department store says the quicker speed with which a runway item can go from hot to cold is to blame for its latest sales decline.

The retailer reported that comparable sales, a metric that excludes newly opened or closed stores, fell 4.1% the fourth straight drop.

“Today, fashion shows are now blogged and broadcast all over the world via social media,” said Karen Katz, Neiman Marcus Group CEO on a conference call with investors on Monday. “By the time the merchandise ships many months later, the newness and excitement had worn off and in many cases, the customer has moved on.”

While this has been a boon for online luxury sites like Net-A-Porter, luxe department stores like Nordstrom, (JWN), Macy’s (M), Bloomingdale’s, and HBC’s (HBC) Saks Fifth Avenue each reported drops in sales at their main stores. (All of these retailers are doing better with their discount outlet stores.)

As a result, Neiman is working to shorten its supply chain to better adapt to e-commerce, which already generates about 25% of sales online.

The sales dip lessens the chances of Neiman, which is owned by private-equity firm Ares Management and Canada Pension Plan Investment Board, going public: last year, the Wall Street Journal reported the retailer was postponing its IPO due to a choppy stock market. But the company has since reported nothing but sales declines, making it much harder to fetch a valuation that will please its owners. And in the most recent quarter, Neiman’s overall loss widened to $407.2 million from $32.9 million in the prior year’s quarter, largely because of $466.2 million in write downs from the loss in value of some goodwill, trade names and assets like real estate. Neiman filed for an IPO 13 months ago, an eternity for a stock issuance to be on the vine.

Before it blamed poor sales on fashion bloggers, Neiman pointed the finger at Texas stores, where many of its clients depend on the fortunes of the oil industry. Tourists are also staying away in droves because of the strong U.S. dollar that is making shopping stateside prohibitive. That is particularly painful for a retailer that sees a lot of Brazilian tourists at its Florida stores and European tourists in the Northeast, including New York where it operates the Bergdorf Goodman store.

“We experienced firsthand that a strong dollar keeps tourists away and negatively impacts the spending of those who do continue to travel,” Katz said on a conference call with analysts.

For now, though, its not clear what will help Neiman break its worst spell since the Great Recession.