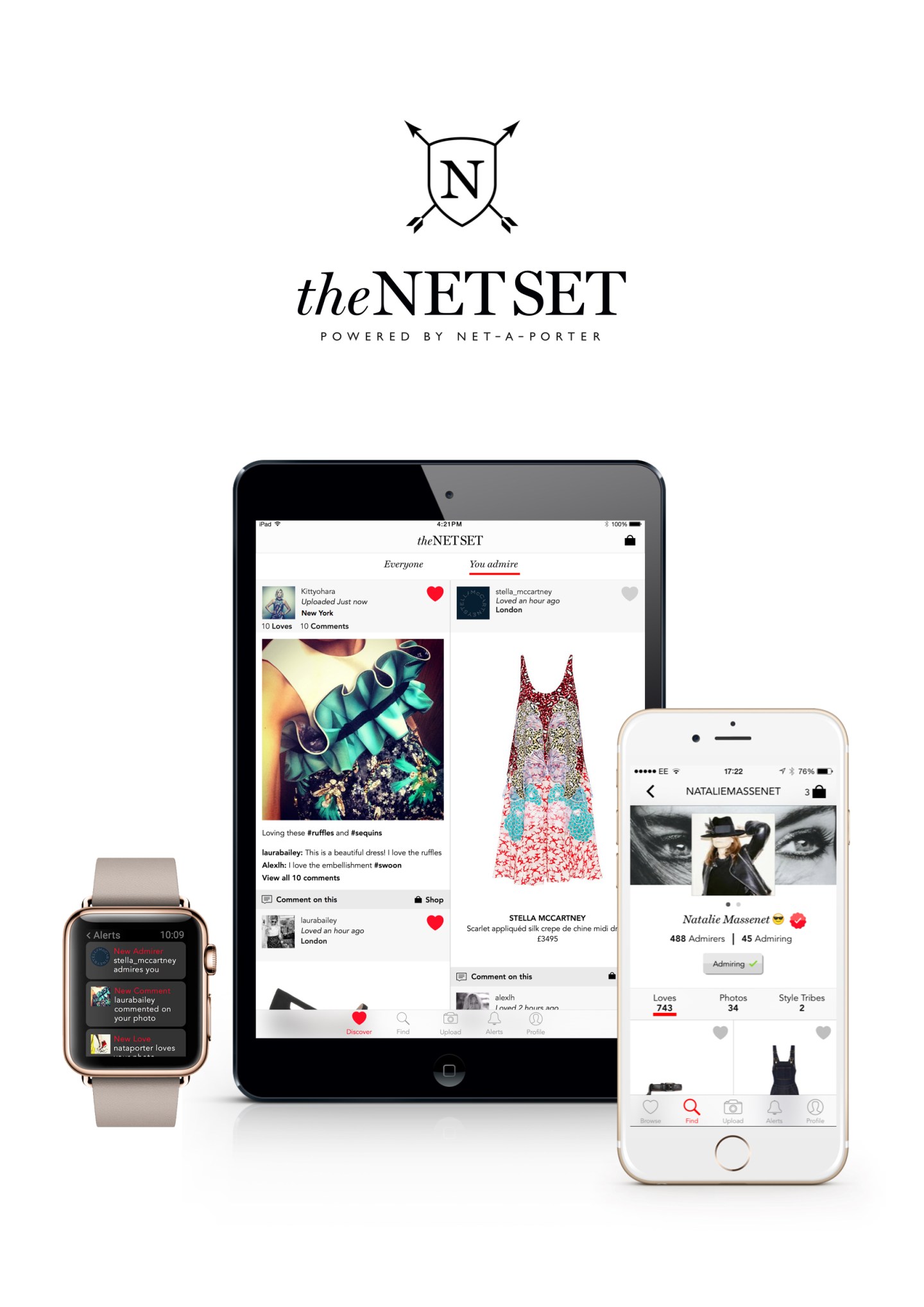 There are few activities as social as luxury shopping, with people wanting to share good finds, fashion advice, and pictures of themselves in their latest purchase with their friends — both real and virtual.

Luxury retailers and e-tailers have long catered to that inclination, with shoppers socializing on social media thanks to the likes of Twitter (TWTR), Instagram, Pinterest and Facebook (FB), and top brands and stores promoting their wares on those sites.

But developing a single in-house app the creates a one-stop community among shoppers, connects them with brands’ web sites, and more importantly, facilitates online shopping, has been more elusive. Net-A-Porter, a London-based global online luxury retailer owned by Swiss group Richemont, is betting it has found the holy grail of high-end internet shopping with its new app, the Net Set, which is launching on Wednesday on Apple’s (AAPL) app store and people initially will need an invite code to sign up.

The company, which will soon be bought by Italy’s Yoox to create the world’s largest online luxury-goods retailer, says the Net-Set is the “world’s first luxury shoppable mobile social network.” The Net Set offers a live feed of luxury items trending at any time, the ability to swap advice and thoughts, and upload and share imaged of given items. Fashionistas can buy items from up to 350 collections and join communities within the Net Set made up of people with specific tastes.

Net-A-Porter already has about 4.1 million fans (mostly women) following it across various social media platforms, and the Net Set is aimed in part at getting more transactions out of them. The Net Set will also give brands a direct way to communicate with Net-A-Porter’s customers, by having the ability to post content, comment on and ‘love’ products. Each designer sold by the retailer will have its own brand portal on The Net Set. This could be crucial for helping Net-A-Porter land more contracts like the one it won with Chanel this spring to sell that brand’s first fine-jewelry collection online.

If it succeeds, it will put even more pressure on brick-and-mortar luxury stores around the world to up their game, including U.S. retailers such as Nieman Marcus, Nordstrom, Barneys New York, and Hudson’s Bay Co’s Saks Fifth Avenue chain, all engaged in a big tech arms war. While overall, only 10% of retail happens on line now, in luxury, it’s a much higher percentage in the world of luxury as retailers have scrambled to adapt to upscale shoppers’ demands.

While high-end department stores have made enormous strides in recent years to make their digital commerce sites attractive and easy to use, they nonetheless have had to also consider the role of their physical stores. For Net-A-Porter, a pure-play digital company, tech innovation is key to its survival.

Net-A-Porter — sometimes called the Bergdorf Goodman of online retailing for its deep relations with true luxury brands such as Chanel and Dunhill — was founded in 2000, and had revenues last year of about $1 billion, making it roughly as big a luxury e-tailer than Neiman Marcus, which gets about 20% of its $5 billion a year in sales on line. But unlike many department stores, Net-A-Porter has sold internationally from the get-go, giving it an edge over many rivals.
[fortune-brightcove videoid=4049754453001]

Yet its brick-and-mortar competitors have not been sitting by idly: Neiman last year launched a Shazam-like visual search-and-purchase mobile app and added personalization tools to its web site. It also bought German e-commerce site mytheresa.com last year. Nordstrom (JWN) is spending $1.2 billion to beef up its already formidable e-commerce this year. And even Barneys New York, much smaller than those two, is giving them a run for their money with recently relaunched web sites that feature so-called “responsive design”— a state-of-the-art approach to web design that optimizes e-commerce sites across a panoply of devices. And that’s just competition from U.S. brick-and-mortar retailers, to say nothing of international rivals.

The Net Set, which was created over a couple of years by a team of 15 in-house workers (Net-à-Porter has 300 tech workers across the company) that worked as a start-up within the company, can stand up to any competition, Massenet said.

“When we first started working on this project, it was very much a ‘disrupt Net-a-Porter project’ so no one else could disrupt us,” she said.