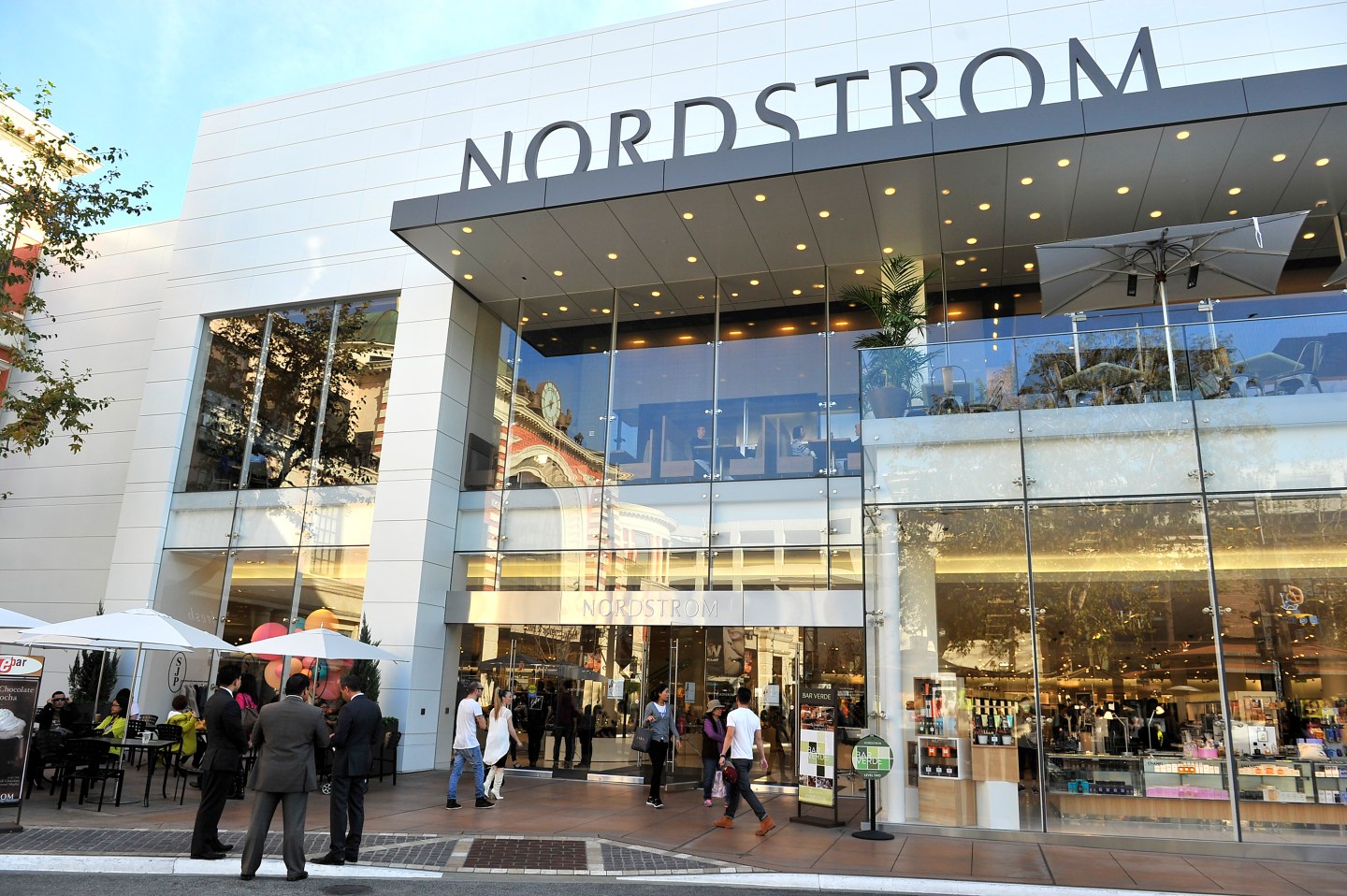 Nordstrom (JWN) had some investors worried on Thursday night after it announced a big ramp-up in its already aggressive capital spending plans, stirring worries that its profit growth will stall. But once it sank in that the luxury department store’s strategy would help its pad it huge e-commerce lead over many rivals, shares recovered their losses and in fact rose.

The Seattle-based company, the top retailer in Fortune’s World’s Most Admired Companies list and No. 14 overall, is gunning for revenue of $20 billion in 2020 (up from $13 billion now). E-commerce, and specifically the integration of its stores and its digital business, both at its luxury department stores and its Rack outlets stores, are key to those efforts. The company now gets a much higher than average 18% of its sales digitally, helped by its flash site HauteLook and its recent Rack e-commerce site, and expects e-commerce sales to grow another $1 billion from their current $2.5 billion level. At the same time, competitors, particularly Neiman Marcus and Macy’s (M) are going all-out too, forcing Nordstrom to keep pushing ahead to keep its position as a leader among retailers.

The company plans to spend $1.2 billion this year on its e-commerce and new stores, compared to $750 million last year. Over the course of the next few years, the total capital spending plan comes to $4.3 billion.

Here is a breakdown of Nordstrom’s plans:

1. A new distribution center specifically for e-commerce orders to cut down delivery times:

The facility in Pennsylvania, Nordstrom’s third such center, is aimed at being able to offer two-day delivery, an increasingly standard expectation now, and one that is crucial to beating back Amazon.com (AMZN) and its plans for faster and faster delivery. Almost half of Nordstrom’s clientele is within two-day ground delivery from that facility. Erik Nordstrom, who heads the retailer’s direct-to-consumer business, told Wall Street analysts that “a big chunk of our orders for those customers will be one to three days faster” as a result.

Since 2011, Nordstrom has tripled the selection on its main nordstrom.com, a savvy move as everyone from Amazon to indirect rivals like Wal-Mart to Target look to expand their online assortment. Ditto at the Rack, which launched its e-commerce site only last year. (It’s trickier for outlets to sell online because inventory is less predictable, given that much of the merchandise is close-out inventory, the Rack and stores like T.J. Maxx typically have a more limited offering online than other retailers do.)

Nordstrom has been a leader at so-called “omnichannel” retailing, industry jargon for complete integration of e-commerce and stores. When well done, such an integration makes a retailer more efficient and gives it a way to bring in more shopper traffic. Last year, Nordstrom Rack enabled shoppers to return purchases made at HauteLook (a flash site it bought a few years ago) and nordstromrack.com at its Rack stores. The result: 1 million more trips to a Rack store in 2014, where shoppers are more likely to make another purchase than at the post office. Given that Nordstrom Rack’s sales is growing much more quickly that those of the full line stores, this is key. (Nordstrom plans to have 300 Rack stores by 2020, up from 167 now.) At the regular Nordstrom stores, 60% of returns are made at a store, given the retailer another crack at selling to people.

4. Beefing up its awards program

A rewards program needs good technology to function properly and is key to giving a retailer key insights into shopper behavior and the ability to send personalized offers. Nordstrom’s rewards program members generated 40% of its sales last year, when it attracted 1 million new members, bringing the total to 4.3 million people. Nordstrom is spending money to improve the program so it can expand its offerings to its customers.

5. Technology inside the store

As Fortune wrote in November, Nordstrom is trying out smart fitting rooms in a couple of stores. But its in-store tech investments go well beyond that. The retailer has upgraded its point-of-sales systems, upgraded its mobile site, the online checkout process and given its sales staff texting tools. (Neiman gave its salespeople iPhones a few years ago so they could text customers photos of incoming product, check in post-purchase, something Neiman said is a high-touch customer service luxury shoppers expect.)

So even if building on all this eats into profits (2015 will be the most intense year, the company said) Nordstrom said these investments are necessary to stay on top of changing customer behavior.

“We always reinvest back in the business,” CFO Mike Koppel told Wall Street analysts. “That where we get the highest returns.”