How Neiman Marcus is harnessing its e-commerce firepower 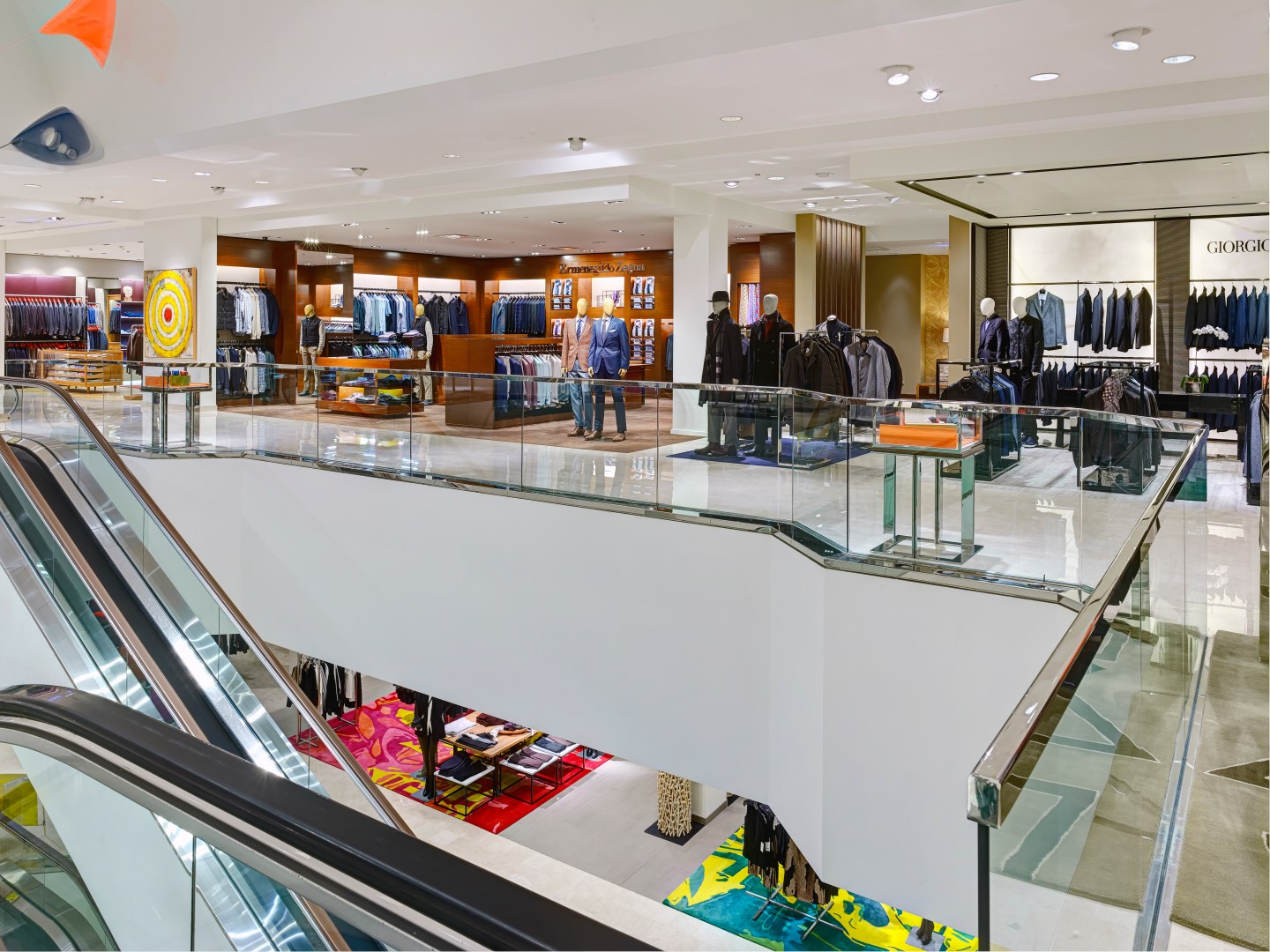 Yet the 107-year-old retailer has turned to something quite less sexy to stay chic in a 21st century way: a major organizational change this year to how its stores and e-commerce teams interact. The goal is to make fuller use of all the technology—from inventory management to shopping apps—it has already introduced and it plans to.

With customers now moving seamlessly between stores and e-commerce when they shop, Neiman’s way of managing its overall business has to reflect that. So Neiman redrew its org chart in April, when it announced it was merging the planning and buying teams at its stores business with their counterparts at its direct-to-consumer business (e-commerce and catalog), a radical change for a company where they had operated separately for as long as anyone could remember.

Two months ago, it launched a Shazam-like visual search-and-purchase mobile app called “Snap. Find. Shop” that captures an image taken by a customer of something she sees out in public and likes, and shows her similar products available on Neiman’s website. It also introduced the “MyNM” dashboard on its website in October, a big step in Neiman’s efforts to offer personalized shopping tools on a smartphone.

And in recent years, Neiman has equipped itself with the ability to use merchandise from stores to fill online orders, and vice versa, and has given each of its 41 locations the ability to use another store’s inventory in case of an out-of-stock. (Associates have always been able to call a nearby store to see if they had a product, but they couldn’t place an order online, or quickly see which store or distribution center company-wide might have the item.)

But this kind of progress on the tech front is of limited value if the e-commerce and stores teams don’t work in a fully co-ordinated manner. So Neiman made the risky bet that its teams would play nice for the greater good. Company executives say that while it is a work in progress, it is already paying off after only eight months in the form of rising customer satisfaction scores and more efficient, profitable use of inventory

“We recognized that for our future, and for the way the customer was now shopping, we had to have one point of view,” Neiman Marcus President and CEO Karen Katz told Fortune in an exclusive interview this week in her office above Neiman’s downtown Dallas store. “All roads lead back to the customer.”

The goal has been to make sure Neiman’s assortment online and in-stores were in sync, so they didn’t become two brands in a shopper’s mind, and to have a solid handle on inventory across the company. That way a customer, whether in a store, or on a phone or on a computer, can buy any item in any part of Neiman’s business, reducing the risking of leaving empty-handed or abandoning an online shopping cart.

Neiman is no laggard in the world of e-commerce. On the contrary: it gets 25% of its nearly $5 billion in annual revenue from direct sales, primarily e-commerce, a much higher percentage than Nordstrom (JWN), Bloomingdale’s (a unit of Macy’s (M)) or Saks (a unit of Hudson’s Bay Co), thanks to its long history of operating a catalog business that made e-commerce easier to get off the ground in 1999. (Its first catalog was published in 1939, when it first sent a magazine-size holiday catalog.) Last quarter, Neiman’s comparable sales rose 5.5%, besting its rivals.

But Katz, who ran Neiman’s online business soon after it launched in 1999, knows the company can’t rest on its laurels. The company is in the midst of a $100 million upgrade to its computer systems, called NMG1 internally, the single largest capital expenditure in Neiman’s history. The company this year also added two tech savvy directors to its board: Starbucks Chief Digital Officer Adam Brotman, and Vivek Gundotra, formerly a senior Google (GOOG) executive.

This big push comes at a time the competition is also raising its game: Nordstrom, which is spending $1.2 billion on tech over five years and seen by many as the best in class among department stores in terms of retail tech, and Bloomingdale’s, are each testing smart fitting rooms. Other retailers, high-end and low, are rushing to make their stores able to do double time as e-commerce distribution centers. In fact, one of the first things J.C. Penney (JCP) CEO Mike Ullman did in 2013 when he returned to save the company after the disastrous Ron Johnson era, was to re-integrate the buying teams for jcp.com and the stores, a move that quickly put online sales on the path to recovery.

Focus on the Neiman brand, not the channel

Katz, CEO since 2010 and at the company since the 1980’s, first started discussing changing the organizational structure with Jim Gold, Neiman’s chief merchant, and John Koryl, whose portfolio includes overseeing store operations and e-commerce, about two years ago. To some degree, the old structure meant stores and e-commerce could be in competition with each other, meaning Katz had to proceed carefully to get them aligned, as she says they are now. She also didn’t want to damage the well-oiled machine that had built the largest luxury e-commerce business in the world.

“If you have separate teams making those decisions, they’re going to do what’s best for them. If you look at it holistically, you’re going to do what’s best for the customer and for our financials, so there are more intelligent decisions being made about where to place the inventory,” said Gold, a 17-year company veteran (and a former CEO of Bergdorf Goodman, which Neiman owns). While the individual online and store buyers remain specialized, Gold and the managers reporting to him make sure the efforts are coordinated.

The better financials Gold speaks of come in the form of a lower risk of stores mistakenly ordering too much inventory, which hurts margins. (While Neiman’s Last Call 30-store outlet chain was long a way for the retailer to clear unsold merchandise form the department store, increasingly the assortment there is specifically made for that chain, making accurate inventory planning at the department stores even more crucial now.)

Neiman’s re-organization, which formalizes what other retailers are doing ad hoc, reflects the fact that digital commerce is more and more important to getting customers stores, crucial at a time almost all retailers are grappling with slower store traffic trends.

“We need to both optimize the traffic we do get, and bring the stores to the customers,” said Koryl, a former eBay (EBAY) and Williams-Sonoma (WSM) executive, who joined Neiman in 2011. Some 40% of product returns are done in stores rather than shipped back to a distribution center, giving Neiman another of way of getting customers in the door, and hopefully continue shopping. But that would wreak havoc with planning if the stores and the web division still kept to their own silos.

Ultimately, technology for Neiman is about more than prosaic considerations such as inventory planning. It’s also about providing that high-touch service customers expect when shelling out thousands on a designer dress or a winter coat, but adapted to today’s habits.

Neiman Marcus, which rose to prominence a century ago by understanding what an advantage personal service was, gave each of its 5,000 sales people Apple (AAPL) iPhones three and a half years ago. With those devices, they can text customers to let them know that a handbag or pair of shoes by a favorite designer has arrived in store, or just send an e-mail to check in after a purchase to see if the customer still likes what she bought. The iPhone is essentially a 21st-century version of the little black book associates at high-end stores have long kept, with their best customers’ phone numbers and notes about their tastes.

“For what we want to accomplish in the future, we have to be able to view everything from the eyes of the customer,” Katz said. “We are now focused on the brand, not the channel.”