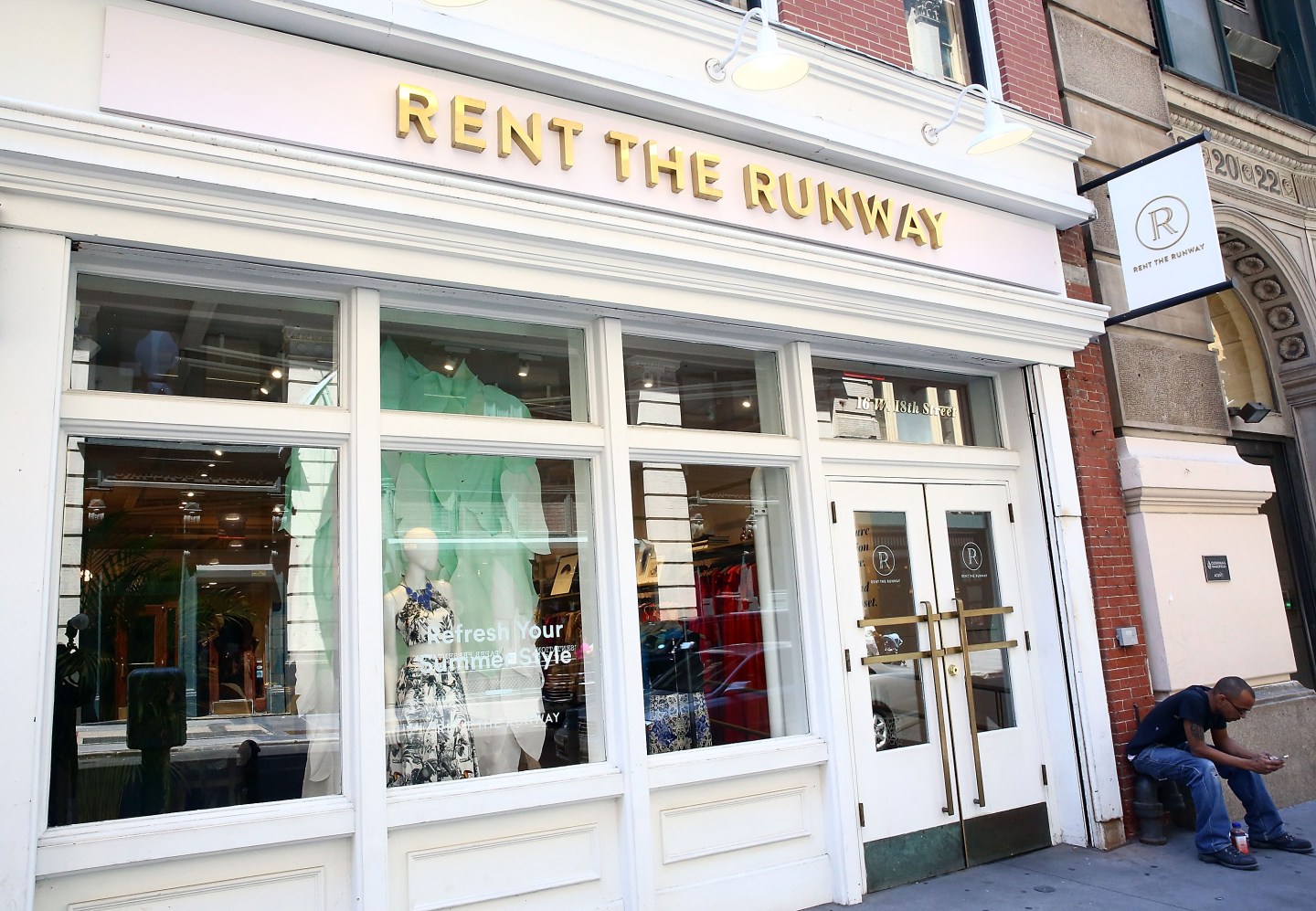 On Wednesday, Rent the Runway launched Unlimited, a new subscription service that allows members to rent clothing for everyday wear.

Formerly a dress and accessories rental company that specialized in special occasions, RTR now wants to cater to women’s everyday wardrobes. “With Unlimited, we are putting the closet in the cloud and allowing women to experience and cycle through thousands of designer looks for their everyday work and weekend wear,” said Rent the Runway CEO Jennifer Hyman in a statement.

The service will cost users $139 per month, or a little under $1700 per year. While that seems like a steep price to pay for clothes that women don’t get to keep, Hyman believes RTR’s target client would be willing to pay it, given that her comfort with the sharing economy.

“We think that given that she’s already renting everything else in her life, from her music to her transportation to her entertainment,” she’ll be increasingly open to renting clothes, Hyman told the Washington Post.

The new service will work similarly to the way Netflix (NFLX) did with DVDs: Users can rent up to three items at a time and keep each for as long or as little as they want. Once a renter returns one piece of clothing—either via mail or to one of its stores, currently located in New York, Chicago, Washington, D.C. and Las Vegas—she gets shipped another one from her “queue.”

In a previous interview with Fortune, Hyman said she believes RTR can grow to be even bigger than Netflix through its Unlimited service: “Given that Netflix is a $60 billion company—and we don’t have to watch TV or movies every day, but we do all have to get dressed—the potential for Rent the Runway was 10 times bigger than I ever thought,” she told former Fortune writer Dan Roberts.

Scott Friend, a partner at Bain Capital and an RTR board member, also told Roberts that he believes Unlimited is where the money is. “The core Rent the Runway business, which was renting dresses and accessories for special events, is on this nice trajectory, that’s probably a couple-hundred-million-dollar business in the next few years,” he said. “But Unlimited, this subscription business for everyday fashion, is a far, far bigger additional opportunity.”

Rent the Runway said a spokesperson could not be made available for comment on this story.