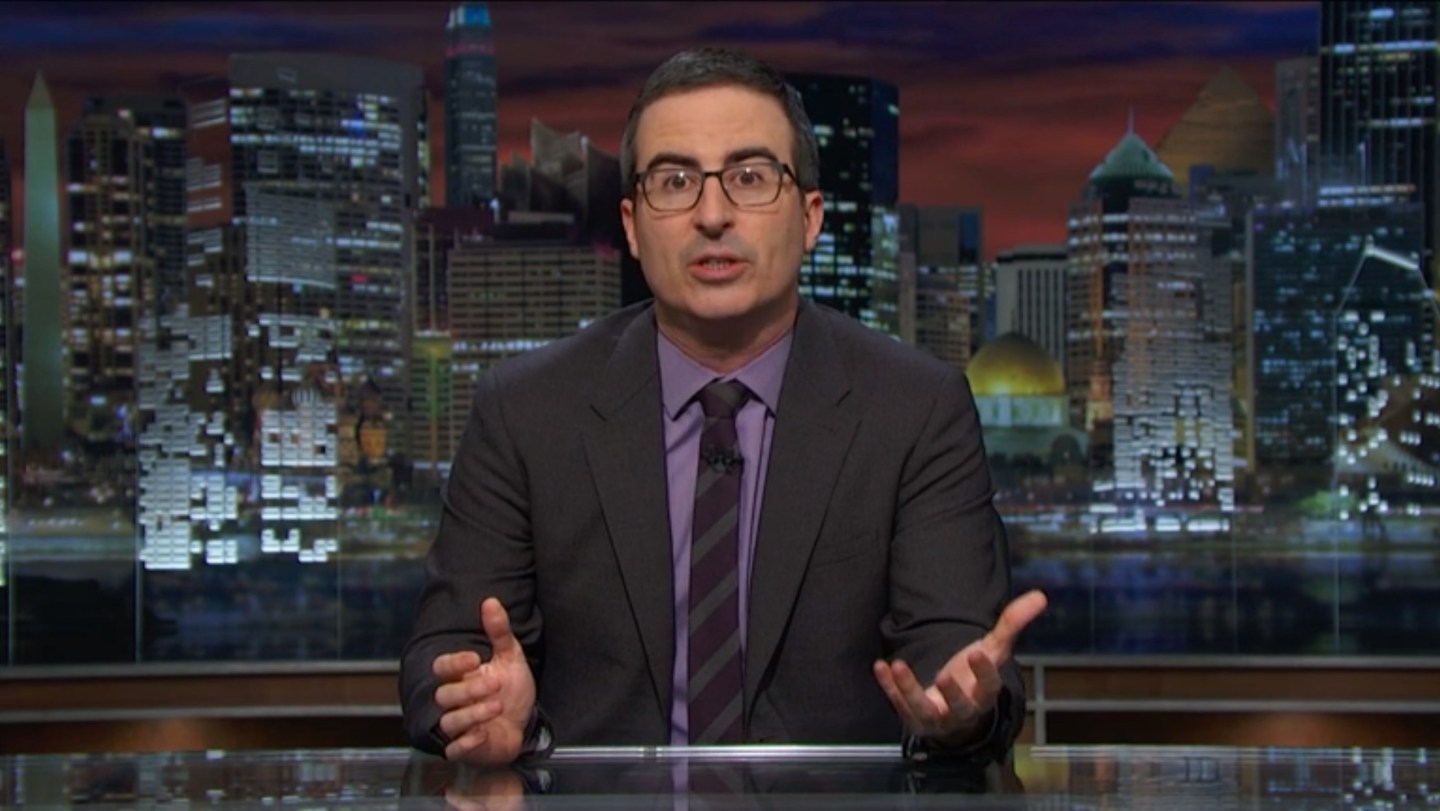 Regardless of who wins the presidential election on Tuesday, there is likely to be a lot of analysis about who is to blame for two of the most unpopular candidates in modern history. On Sunday, HBO comedian John Oliver gave his own mea culpa for Donald Trump being steps away from the White House.

The host of Last Week Tonight, Oliver acknowledged that he mocked Trump, a former reality-TV host, when he began openly musing about running for president because Oliver thought it would be an amusing spectacle. He then played a clip of himself from 2013, when he guest-hosted The Daily Show. “Do it. Do it,” Oliver said in the 2013 clip, “I will personally write you a campaign check now on behalf of this country, which does not want you to be president but which badly wants you to run.”

The British satirist tried to calm his audience’s jeers and said: “I’m an idiot. But that clearly shows no outcome is certain, so if you are thinking you don’t have to show up to vote on Tuesday because there is no way the impossible could happen, take it from somebody who has learned from painful experience: You are wrong about that.”

While Oliver is joking, he certainly will not be the first or last to say that the media bears responsibility for Trump’s rise. Trump’s omnipresence on cable news especially throughout his campaign has afforded the GOP nominee what research firm mediaQuant estimates to be roughly $3 billion in free advertising. In addition to devoting an inordinate amount of time to all things Trump, the media has also spent quite a bit of time hand-wringing over the media’s role in amplifying his message to the masses.

At the same time, Trump and his supporters have argued that the press has been biased against his campaign.

Like so many late night hosts, Oliver has been open about being in the Never Trump camp. In Sunday’s episode, he pointed at how divisive the Trump campaign has been. “This election hasn’t so much appealed to our better angels as it has groped our better angels, mocked their weight, and called them ‘sixes at best,'” Oliver joked, alluding to a handful of Trump’s scandals. “We are at a point where [Trump] has a real shot at the presidency, despite having blown up a political party, undermined confidence in our electoral system, declared open season on journalists, and unleashed a river of racism and misogyny. Also, and I feel like we’ve lost sight of this: he has really stupid hair.”

One thing is clear about Trump’s candidacy: it has been good for the TV news business. The networks have profited greatly from the election cycle. CBS chairman Les Moonves famously said earlier this year that Trump had been “damn good” for his network, while CNN reportedly earned an additional $100 million in digital ad revenues this year, thanks to interest in election coverage.