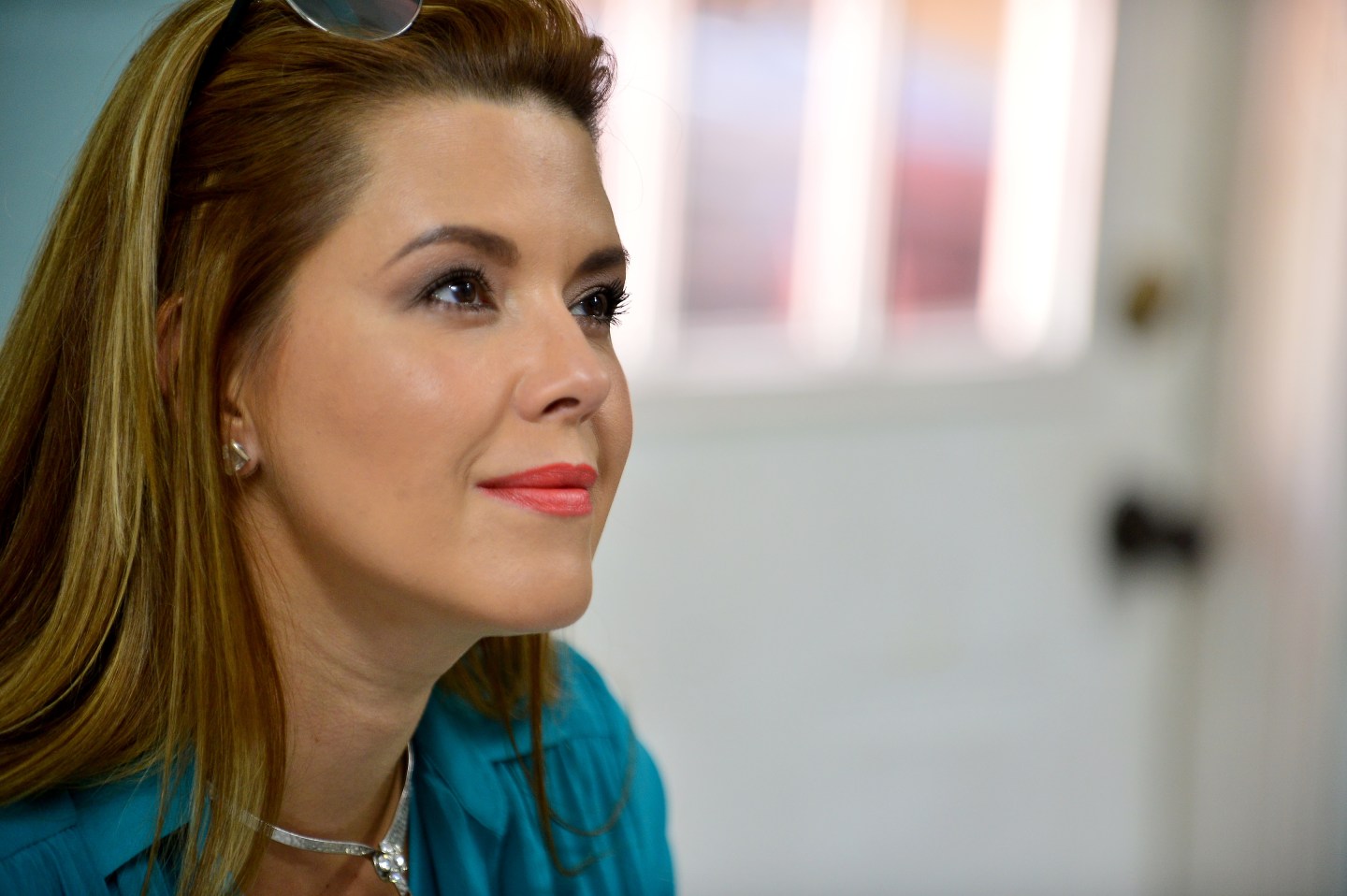 Weight discrimination is deeply ingrained in American culture. It’s in our advertising, which uses the skinniest models to peddle the fattiest foods. It’s in our malls, which house major chains that refuse to stock plus size clothing. It’s in our medical practices, which are rampant with outcome-obstructing weight biases.

And as Donald Trump made clear this week, fat phobia is also baked into our nation’s workplaces. During Monday’s debate, Hilary Clinton accused the Republican presidential nominee of shaming former Miss Universe Alicia Machado for gaining weight—he allegedly called the pageant winner “Miss Piggy” shortly after she was crowned. Trump, who was a Miss Universe stakeholder when Machado competed, defended his statements the next day, telling “Fox and Friends” that she had “gained a massive amount of weight and it was a real problem.”

Job-related weight discrimination is usually less blatant than Trump’s display—The Donald isn’t exactly known for his subtleties—but the implications are just as dangerous. As a growing body of research indicates, fat phobia can severely impact a woman’s career. Here’s what you need to know.

Researchers have devoted reams of paper to show how interviewers discriminate against overweight applicants. But a new study from the University of Strathclyde shows that overweight women (shock!) have it far worse than men.

The results, published September 7 by the journal Plos One, found that women in the service industry are more likely than their male counterparts to experience weight-based prejudice—even if they’re not overweight.

“…Women on the upper end of a normal and medically healthy BMI range face greater weight-based prejudice than men who are clearly and overtly overweight. In behind-the-scenes jobs in particular, the “heavy but healthy” women were rated lower on employability than the slimmer women, but there was no statistically significant difference between the overtly overweight men and their original faces.”

Women who gain even a slight amount of weight lower their chances of landing a job, putting them at a “distinct disadvantage compared to men,” according to the study. That’s a “deeply unsettling” blow to gender equality, the researchers note. Roger that.

Implicit bias keeps overweight women from advancing at the same pace as their coworkers, says Linda Bacon, PhD, a health professor at the City College of San Francisco and author of the book Body Respect.

“A lot of judgments happen,” she says. “There’s this assumption that they’re lazy, they lack character or willpower.”

Those assumptions are wrong, she says, but they give thinner people an advantage when it comes to promotions. “Often, when two people are in the same position, with the same experience, the thinner one gets the raise,” she says.

This happens at every level. In 2013, the Wall Street Journal, using dating from the Center for Creative Leadership, reported that a high body mass index (BMI) reading—which affects perception of leadership ability— can be a deterrent to the executive suite.

In 2014, Vanderbilt Law School Assistant Professor Jennifer Shinall found that overweight women typically earn less than average-size women, and less than all men, regardless of weight.

“A morbidly obese woman working in an occupation with an emphasis on personal interaction will earn almost 5% less than a normal-weight woman working in an occupation with exactly the same emphasis,” Shinall says in a corresponding press release. “Even after taking differences in education and socioeconomic status into account, there seems to be no scenario where being overweight becomes an advantage for a woman.”

This is hardly a revelation. A 2004 Cornell University study found that when the average white woman puts on an additional 64 pounds, her wages drop 9%. Likewise, “very heavy” women earn almost $19,000 a year less than women of average weight, according to a 2010 study from the Journal of Applied Psychology.

Clothing is an obvious example. Plus-size clothes are hard to come by, especially in “professional wear.” Overweight women make less money than other groups, remember, so they’re less empowered to invest in a good wardrobe. And those who do make good money often avoid mainstream stores because the experience is catered to thin women, Tovar says.

“When people don’t have access to clothing that helps them embody professionalism, it affects performance,” she says. “It reinforces the emotional process of being pushed out.”

Self-perception is another detriment to the career trajectories of overweight women, Tovar adds. Like any stigmatized group, heavy women are hyper-aware of how others perceive them, and some will “opt out” of emotionally risky situations like asking for a raise or aggressively pursing projects. “This makes it harder to ascend professionally, and fuels ongoing discrimination,” she says.

Trump’s statements about women’s bodies are infuriating—that’s not debatable. But subtle weight discrimination, the kind that’s so commonplace that it’s become normalized, is just as troubling. Until American workplaces treat all bodies as equal, holding Trump to a higher standard is a bit like calling the kettle fat.

“We need to think about, what is our company, our city and our country missing out on by not giving certain people a seat at the table,” Virgie says.