Here’s the Real Reason Some Stores Are Closing on Thanksgiving 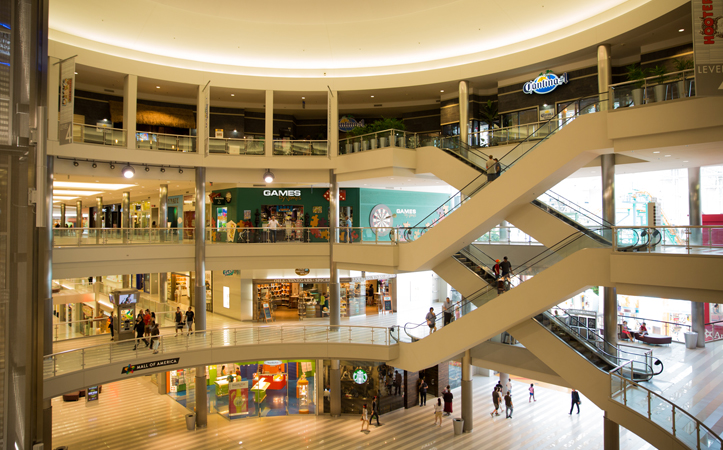 Courtesy of The Mall of America

Many retailers are falling over themselves these days to announce they will be closed this Thanksgiving Day, touting workers’ need to be with their families and clearly hoping to win some goodwill from customers.

Indeed, electronics and appliance retailer hhgregg (HGG) recently said it would close on Thanksgiving for the first time since 2011, citing its “beliefs of being a family-first company” (though those beliefs were apparently not acted on last year). Office Depot (ODP) too won’t be open for business on Turkey Day as it was last year. Meanwhile, mall developer CBL & Associates (CBL) said it would close 72 of its malls on Thanksgiving, while the biggest shopping center of all, the Mall of America near Minneapolis, will only greet customers on Black Friday.

But any hope for an end to “Black Friday Creep,” the phenomenon that has seen stores open earlier and earlier since 2011 in a bid to win market share in a tough retail environment, was dashed this week. Macy’s, (M) eager for a successful holiday season amid its worst snap in years, said not only that it would open on Thanksgiving this year, but that it would do so an hour earlier, at 5 p.m. And with that move, Macy’s has given other retailers who’ve yet to announce their store hours cover to do the same.

Kohl’s said today that it would open at 6 p.m. on Turkey Day, the same time as in recent years.

So what gives? Why do some stores open and others don’t?

According to consulting firm AlixPartners, the difference comes down to whether a retailer is deal-driven and non-cyclical. Opening on the holiday makes sense for electronics stores such as Best Buy (BBY) and mass merchants like Walmart (WMT) and Target (TGT) which offer things shoppers can find in many stores and are promotion-heavy. Kohl’s, Macy’s and their brethren J.C. Penney (JCP) and Sears certainly fit that bill.

What’s more, NPD Group’s Checkout Tracking analysis of shopper behavior over Thanksgiving weekend last year found the number of people who shopped only on Thanksgiving Day rose, as did the number that shopped on Black Friday only, adding to the need to be open both days.

In contrast, retailers that don’t offer special Black Friday deals, from T.J. Maxx (TJX) all the way up to luxury players like Nordstrom, would just be moving revenue around by opening on Thanksgiving, and therefore pinching profit by being open an extra day. Hence those retailers have never done so.

AlixPartners created a composite revenue and cost breakdown for Fortune, incorporating different kinds and sizes of retailers. The consulting firm found that retailers that generated more total sales by opening on Thanksgiving enjoyed a profit margin of 16% for the weekend, compared to 3% for retailers that were simply pulling revenue ahead and were paying twice as much payroll for the same sales volume.

But even if some of business is pulled forward, there is such a fight right now for customers that many retailers will err on the side of caution and open for as many hours as possible.

“There are still 35 million shoppers going out (on Black Friday). So long as there are incentives to get to 36 million or 37 million, I think there will be a pull to make Thanksgiving a traditional shopping day,” says Pete Madden, a director AlixPartners’ retail practice. Don’t believe the retailers who talk about giving employees down time.

And of course, retailers take cues from one another.

In the case of Office Depot, why would it bother opening when arch-rival Staples (SPLS) (which nearly bought it this year) is closed? At the same time, Macy’s doesn’t want a repeat of last year, when J.C. Penney (JCP) was open for three hours and Macy’s stores were not. Penney ended up having a strong holiday season, while Macy’s did not.

The long weekend last year turned out to be a bit of a disappointment sales-wise, in part because an earlier start to specials and discounts in November has diluted Black Friday. That suggests that the extra hours didn’t make the pie bigger. But clearly, stores are loath to leave much to chance.

“People have only so much money to spend over the holiday shopping period,” said Madden.