Martin Shkreli Does Not Apologize 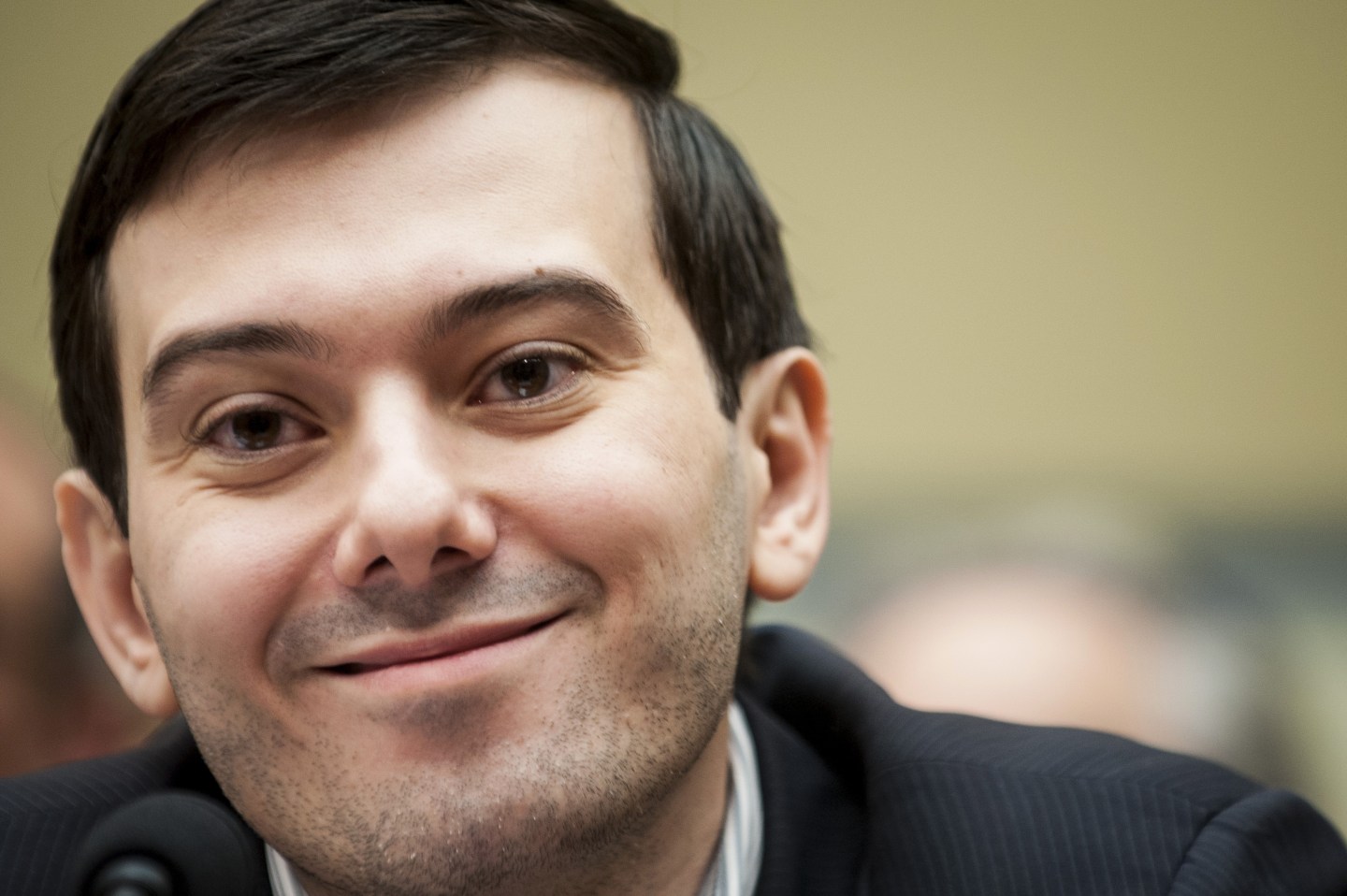 Martin Shkreli is apparently not one to blanch under the eyes of a disapproving public.

Dubbed “Pharma Bro” by the press, Shkreli is best known for hiking the price of Daraprim, a 63-year-old treatment for malaria and toxoplasmosis often used by HIV/AIDS patients, from $13.50 to $750 per pill. While CEO of Turing Pharmaceuticals, he was the target of public approbation for everything from the price hike to a federal securities fraud case against him (he is currently free on $5 million bail) to his public trolling of a sick Hillary Clinton. But while many people might have avoided publicity in his situation, Shkreli sat down with the Financial Times for one of its regular “Lunch with the FT” series.

After pausing to take selfies with two curious passersby who wanted photos with “the drug guy,” Shkreli sat down with FT writer David Crow at Felidia, a Italian restaurant in Midtown Manhattan.

And Shkreli did not repent.

After noting that he had been a “victim of editing” in a series of TV interviews to defend his price hikes that ended up turning him into a kind of poster for corporate greed, Shkreli again defended the Daraprim hike on grounds of shareholder interest and the drug’s lifesaving power

“To me the drug was woefully underpriced,” he told the FT. “It is not a question of ‘Is this fair?’ or ‘What did you pay for it?’ or ‘When was it invented.’ It should be more expensive in many ways.”

Plus, he adds, being widely condemned in public isn’t necessary bad for the bottom line.

“My whole life has been one theme of self-sacrifice for my investors,” he told the FT. “I did it for my shareholders’ benefit because that’s my job. The political risk is being shamed—and shame isn’t dilutive to earnings per share.”

Shkreli’s refusal to engage in humble repentance may have another logic. In terms of his upcoming trial, in fact, he appears to believe it can help. Here, he compares himself to O.J. Simpson and Diddy (whose lawyer he has hired).

“I have this fringe theory that I’ve sort of stress-tested a little bit: The more polarizing and popular a case is, the more likely an acquittal,” he told the FT. “What’s fascinating for all these cases? They were all widely seen to be guilty.”

And even if he goes to jail, he doesn’t expect it to be so bad, he says. For one thing, he basically passes most of his time alone in his apartment. And for another, the people there might like him.

“One person told me that the inmates at the white-collar prison are gigantic, huge Shkreli supporters,” he said.

Those words sound like something Donald Trump might say, and so it’s of little surprise that Shkreli voices his support of the Republican presidential candidate. “I think that his supporters endorse being rash, being American, being polarizing and having this un-PC, unedited attitude,” he told the FT. “In many ways it’s not a surprise that I identify with that.”