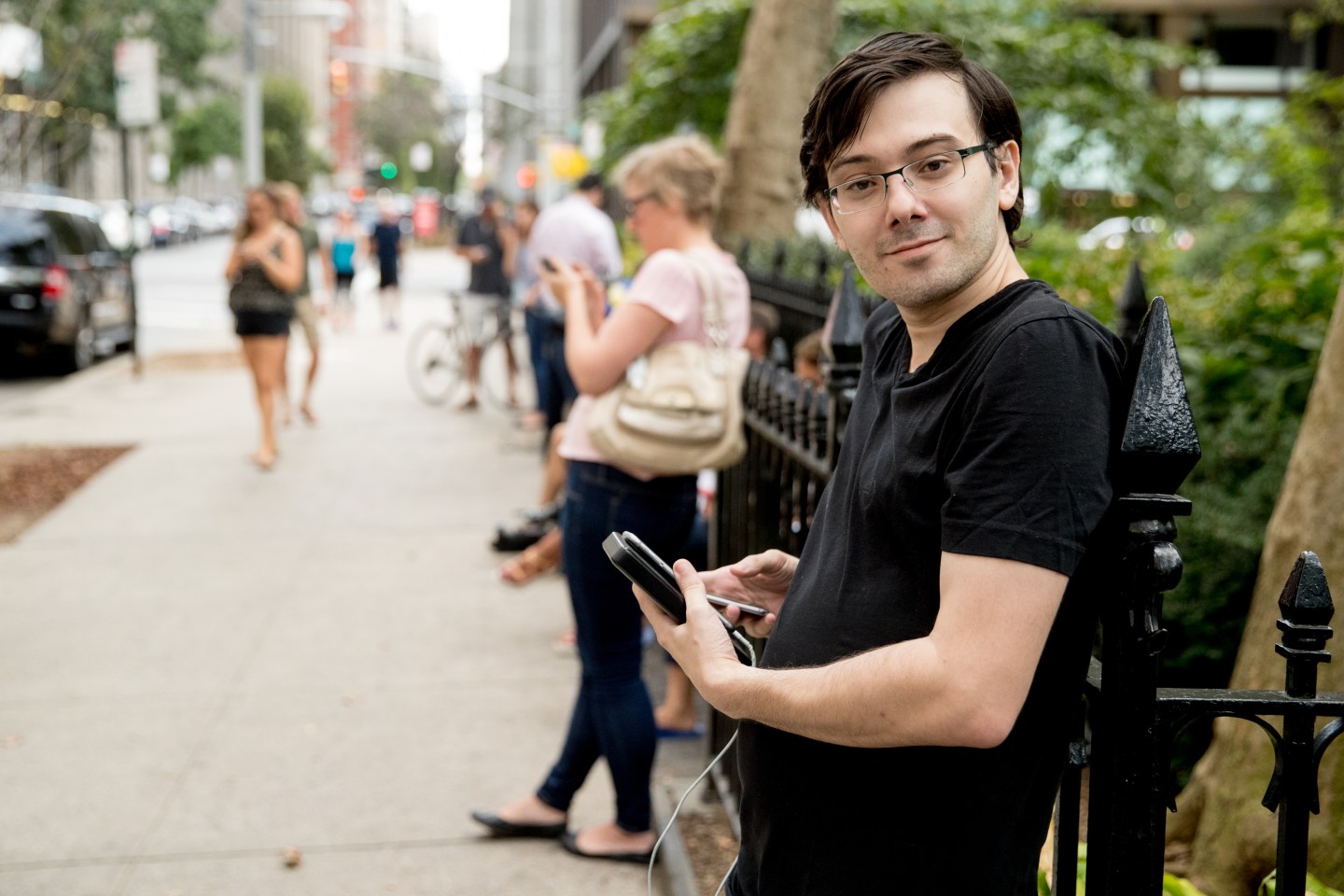 After Democratic presidential candidate Hillary Clinton abruptly left a 9/11 anniversary ceremony due to “overheating” (a diagnosis later changed to pneumonia), plenty of curiosity seekers and members of the media followed her to her daughter’s nearby apartment.

One of them was the former CEO of Turing Pharmaceuticals, “Pharma Bro” Martin Shkreli, best known for hiking the price of Daraprim, a 63-year-old treatment for malaria and toxoplasmosis often used by HIV/AIDS patients, from $13.50 to $750 per pill.

Not content to merely watch the proceedings, the new citizen journalist and freelance political activist streamed a live Periscope of his participation in tracking the presidential contender (“Searching for @hillaryclinton“) and shouted a question at Clinton as she left Chelsea’s apartment for her own home in Chappaqua, N.Y.

The question? “Why are you so sick?!”

He shouted, "Why are you so sick!" when Hillary Clinton walked out. https://t.co/KQptaCy6MO

Shkreli’s less-than-sensitive commentary may have been motivated by more than mere curiosity, as he and the Democratic political candidate have long been at odds. Clinton came out against the big price bump of Daraprim Shkreli put into place at Turing. “Price gouging like this in the specialty drug market is outrageous,” Clinton tweeted last September.

After Clinton left for Chappaqua, Shkreli decamped to a local restaurant and continued his Periscope, Esquire reports. The change in venue did not help his audience numbers, however. According to the New York Post, his viewers topped out at 1,200 but then began declining when he turned his attention away from his Clinton stakeout and to a federal securities fraud case against him. Shkreli has about 24,000 Periscope followers.

Shkreli’s presence on the street outside Chelsea Clinton’s home was noted by a number of reporters in the area, including those from the Associated Press and ABC.

His presence generated abusive comments online, but Shkreli seems to have developed thick skin. He proudly advertised his Periscope—and talked about how fun it was to shout “Why are you so sick?!” and “Go Trump” at the ill presidential candidate. ”

I enjoyed screaming "why are you so sick" and "go trump" at @HillaryClinton . Get well soon bae!

Shkreli is currently free on $5 million bail in advance of his securities fraud trial.