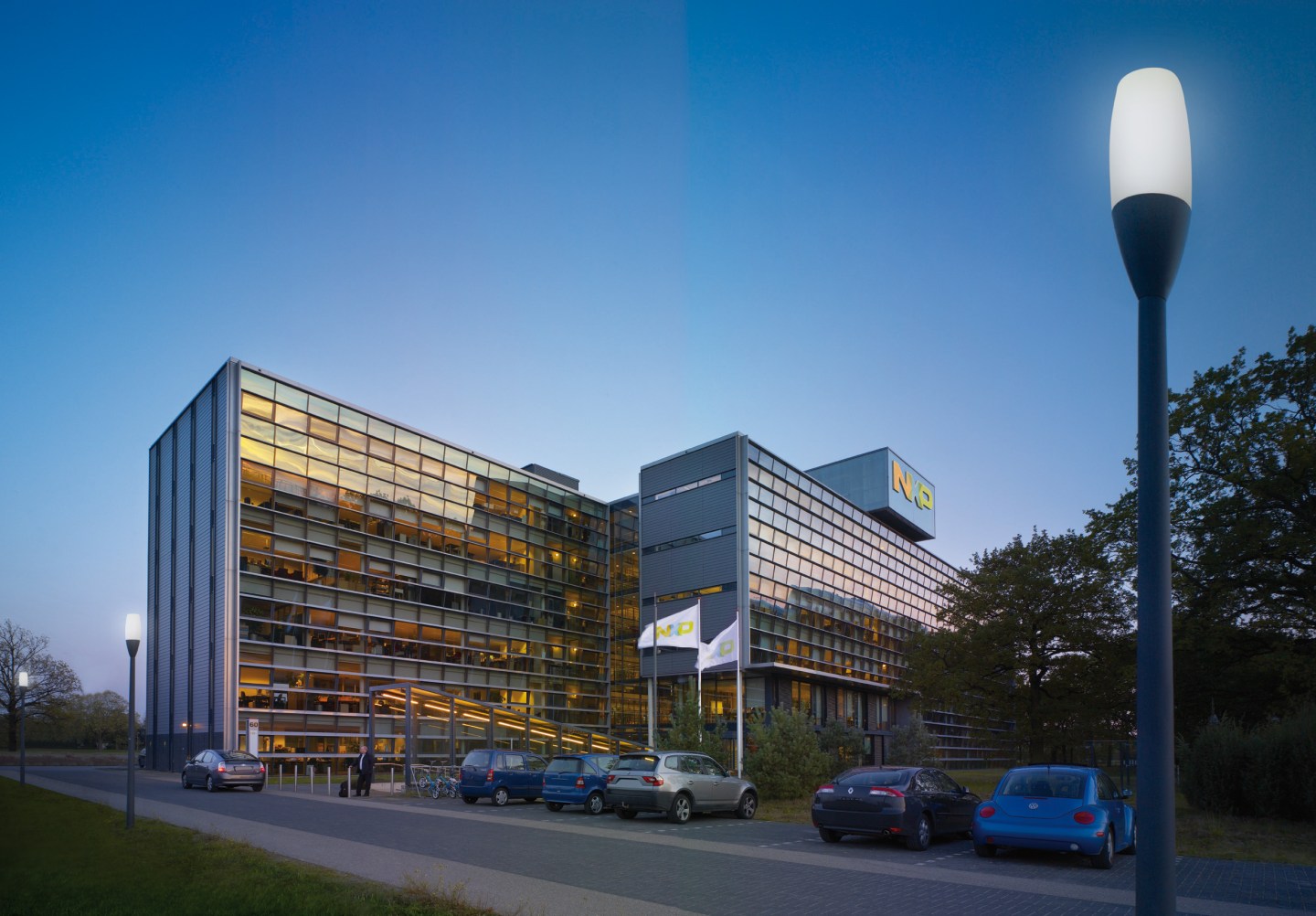 Qualcomm CEO Steve Mollenkopf sat out last year’s merger mania in the semiconductor market, even as his company’s core smartphone chip business slowed. But with expectations rising for a deal this year, Mollenkopf may have hit on one of the savvier acquisitions in the industry.

By adding NXP Semiconductors for a total of $47 billion including debt, Qualcomm doesn’t just diversify its offerings. The two companies appear to have complementary strengths, thus making important product lines, like chips for self-driving cars and connected devices, more appealing in the growing market for the Internet of Things. And after Qualcomm lost some modem chip business in the popular iPhone 7 to Intel, the acquisition could boost its iPhone share thanks to NXP sensor and payment chips Apple (AAPL) uses.

The two companies announced on Thursday that Qualcomm would offer NXP investors $110 a share in a tender offer to be funded with cash and about $11 billion of borrowing. The deal isn’t expected to close until late next year, as semiconductor combinations often face lengthy regulatory reviews. The transaction must be reviewed by regulators in nine jurisdictions, the companies said. That largely explains why shares of NXP were trading at about a 9% discount to the offer price on Thursday morning.

On price alone, the deal seems reasonable. When rumors of the deal started to heat up over the past few weeks, Wall Street analysts were guesstimating prices of $120 to $150 a share. After all, the shares were trading as high as $114 in June of last year. But Mollenkopf and his team extracted a price of only $110.

The deal is expected to add “significantly” to Qualcomm’s adjusted earnings per share immediately after closing and will generate over $10 billion a year in earnings before interest, taxes, depreciation, and amortization, the company said. All of the debt taken on to finance the deal will be paid back within two years.

NXP, particularly after acquiring Freescale last year for $12 billion, has a leading position in areas where Qualcomm (QCOMM) is weak or not present, including chips for current cars, future self-driving cars, mobile payment devices, as well as sensors for drones and other smart devices. If the deal goes through, Qualcomm’s revenue from the smart devices segment would increase more than fivefold to over $10 billion a year.

The potential of the automotive and smart device markets “looks to me like the cellphone looked in 2000,” Mollenkopf told Fortune after the deal was announced. “These are two opportunities that are at the beginning and we think we can drive that forward.”

But despite its big lead, NXP (NXPI) was facing several challenges that combining with Qualcomm may help solve. Its smart devices chips were suitable for many current applications, but lacked strong wireless connectivity features that will become increasingly important in the future, especially with the growth of faster 5G networks. That’s a core strength of Qualcomm. NXP’s self-driving car effort also lagged in machine learning capabilities, another Qualcomm strength.

“The two make a good combination,” noted analyst Patrick Moorhead, president of Moor Insights. “Merging operations will take some time after the close, but the good news is there’s little overlap which should make it easier.”

Some have noted a clash in the way the two companies manufacture chips. Qualcomm outsources the fabrication of its chips while NXP owns its own chip fabrication plants.

Here, too, the companies may be able to aid each other. Mollenkopf and NXP CEO Rick Clemmer noted on a call with analysts that most of NXP’s newer chips are manufactured via outsourcing. “As we continue to grow, most of our growth will be from outsourced foundry partners,” Clemmer told analysts on Thursday.

And Qualcomm has been looking to build its own fabrication facility for RF filters as part of a joint venture with TDK, Mollenkopf tells Fortune. “You’ll see us take advantage of both models,” he says. “The world is a little more complicated that fab and fabless.”

Industrywide, the big question is whether the NXP deal will spark another round of consolidation. Last year saw NXP buy Freescale, Avago Technologies (AVGO) grab Broadcom for $37 billion, and Intel’s (INTC) $17 billion purchase of Altera. Dealmaking this year has greatly slowed aside from Softbank’s $32 billion purchase of ARM Holdings (ARMH), which represented more of an investment bet by Masayoshi Son than any further industry consolidation.

NXP has been the subject of widespread merger speculation this year, along with Xilinx (XLNX), a specialist in the area of field-programmable gate array, or FPGA, circuits. Its shares were up only 1% on Thursday, however. Shares of Infineon Technologies (IFNNY), also strong in the automotive area, rose 3%. And shares of Silicon Laboratories (SLAB), active in chips for industrial control and smart devices, gained 2%.

But Mollenkopf can sit tight, knowing he has already lined up one of the most logical deals yet.