Intel and Qualcomm Are Prepping for a Looming iPhone Chip Battle 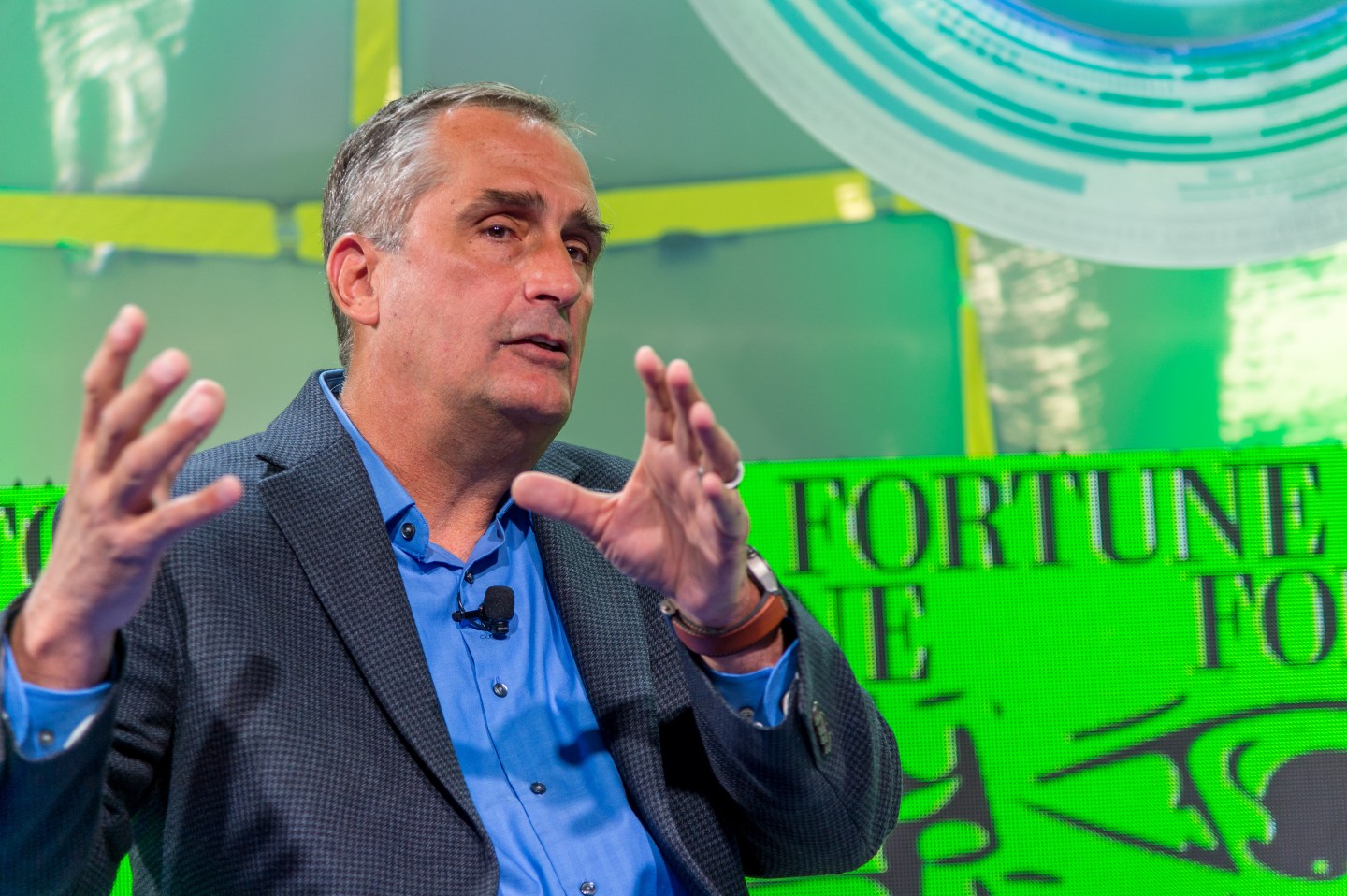 Like two boxers circling the ring waiting for the opening bell, the leaders of two of the biggest computer chip makers, Intel and Qualcomm, tried to avoid contact as they separately spoke to Wall Street on Wednesday night.

The “opening bell” on the match between the two giants that didn’t used to compete much will be when Apple (AAPL) announces its new line of iPhones for 2016. Likely to arrive in the fall and dubbed the iPhone 7 by analysts and fans, the new phone isn’t expected to differ too much on the outside from the current top-of-the-line iPhone 6S.

But inside, there will be numerous changes, including possibly with the supplier of the all-important modem chip connecting the phone to different wireless networks around the world.

As has been widely leaked, Intel is expected to break Qualcomm’s stranglehold as the sole supplier of iPhone modems. Apple, which has not commented on the situation, is rumored to have chosen Intel’s newest 7360 modem chips for iPhones destined to be sold in the United States by AT&T (T) and some other, unspecified international markets. Qualcomm will retain its place in iPhones for Verizon (VZ) and in China as well as many other countries, Bloomberg reported last month. And after the iPhone, both chip giants are trying to break into more smart devices and supply data center computing needs.

Qualcomm (QCOM) CEO Steve Mollenkopf has been trying to prepare investors and analysts for the coming iPhone battle without going into too much detail, or even naming any of the other players. On Wednesday night, he sought to blow off the coming conflict with a half sentence: “our planning assumptions incorporate second sourcing at our large modem customer.” But Wall Street wanted to know more.

After getting peppered with questions, Mollenkopf finally got more expansive and alluded to the fact that Intel had won business covering only certain markets. Mobile networks in different countries or even run by different carriers in the same country often require a different broadcast feature in a modem chip. Qualcomm offers the “entire world feature set,” he said.

“So what you tend to see is, people might split their products and go with one region with a particular solution, but it’s difficult to get the lion share and certainly difficult I think over time to protect that those design wins,” Mollenkopf finally said. In essence, his argument is that Intel won’t be able to maintain its place in the iPhone because it won’t be able to keep pace with Qualcomm’s more full-featured chips.

Intel (INTC) CEO Brian Krzanich and his crew were even more reluctant to talk about the rumored iPhone win. CFO Stacy Smith tried to cut the analysts off before they even got started, warning in his opening remarks that “our policy is to let our customers announce any design wins that they want to announce when they want to announce them.”

But perhaps mindful of Qualcomm’s boasts, Krzanich did get in one lick, arguing that Intel would be improving its modem chips, starting with its current top of the line 7360 model.

“Right now, I’m more concerned about getting the leading-edge momentum going for us with the 7360 and then the follow-on in 2017 and really showing that we are a world-class modem company,” he said.

Ultimately, the iPhone may be just the first of a growing number of direct conflicts between Intel and Qualcomm, as both face challenges finding growth as their largest markets mature. Intel has been dealing with the declining PC market for years and has since targeted growth markets in the cloud data center and smart devices, or the Internet of Things. Qualcomm is seeing mobile device growth slow and also is turning to the Internet of Things and the data center for growth.

For now, with both companies are circling and yet to throw a punch, Wall Street has to make due with their vague brags. It brings to mind one of Muhammad Ali’s famed quips: “It’s not bragging if you can back it up.”

Over the next few years, the market will see whether Krzanich or Mollenkopf backed it up.