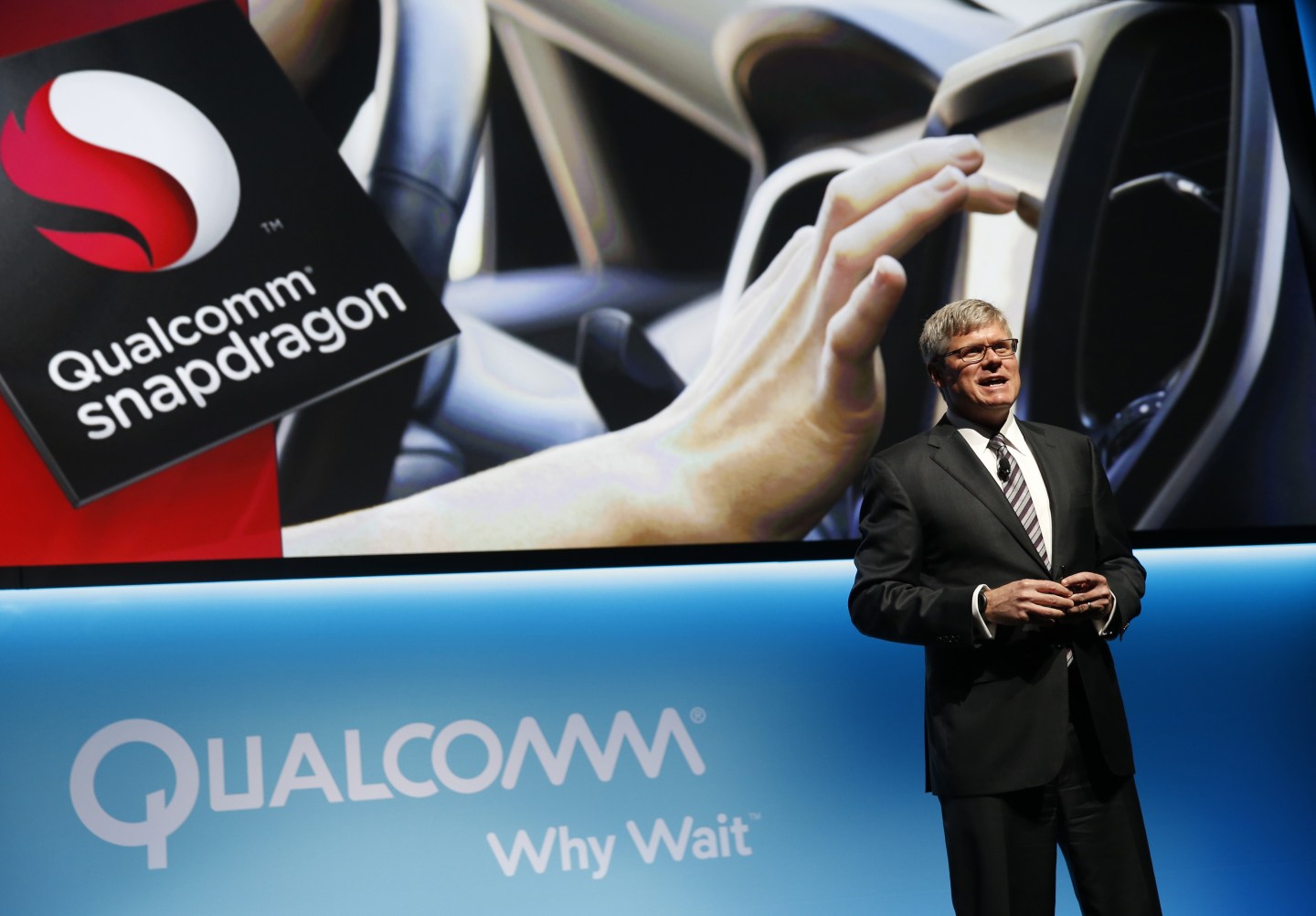 Qualcomm is trying to speed up the transition to faster wireless data connections so that smartphones owners can do things like play immersive virtual reality games or download high definition movies in seconds.

The company introduced several new products on Monday that it hopes will usher in faster mobile connections.

While wireless carriers have offered sometimes vague or lackluster plans about their transitions to using new, faster 5G transmission technologies, Qualcomm now says it will have a phone-ready 5G modem chip available for testing next year and to start selling in mobile devices in the first half of 2018.

The timeline is quicker than many in the wireless industry have discussed. Most have said 5G networks, the successor to 4G LTE, won’t be widely deployed until 2020 or later. And some say the technology is best suited not for mobile phones but for home broadband connections.

Moreover, while video conferencing and virtual reality apps require a lot of bandwidth, it’s unclear whether mobile consumers will see a need for 5G speeds. Many have slowed upgrading to newer phones, as they are mostly using apps like Facebook and Snapchat that don’t benefit much from more powerful hardware. Higher 5G speeds may not be enough of a draw to purchase more expensive phones and data plans.

By contrast, the arrival of 5G networks can’t come soon enough for Qualcomm, which is facing slowing growth and increasing competition in its primary smartphone chip market. Intel (INTC) won away from Qualcomm a big chunk of the wireless modem business in the iPhone 7, but Qualcomm’s results were already hurting from slowing overall sales of smartphones. Total revenue over the past nine months slipped 12% to $17.4 billion.

Qualcomm’s new X50 modem chip will allow downloads on a 5G network at speeds of up to 5 gigabits per second, 10 to 20 times faster than the fastest 4G LTE networks currently in use. The modem will be designed to work in the 28 GHz spectrum band, a frequency that some countries have already planned to reserve for 5G networks. The X50 could be used in mobile devices or non-mobile home Internet routers.

The 28 GHz band provides enough capacity to allow 5G devices to send and receive data much faster than 4G networks, which typically operate in bands at 2500 MHz and below. But at 28 Ghz, the transmissions also will not travel as far and will have greater difficulty with obstructions like buildings and trees.

So the X50 chip and wireless networking gear deployed by carriers will need to use a variety of tricks and techniques to reliably transmit information via 5G. The modem will use multiple small antennas and calculate how to steer its transmissions, a technique known as adaptive beamforming, to create the strongest signal.

Still, Qualcomm (QCOMM) officials say there will likely be some hiccups on the way to mobile 5G networks. “The best way to figure it out is to learn by doing,” Sherif Hanna, staff manager for the modem project, tells Fortune.

With 5G networks still at least a couple of years away, Qualcomm also introduced another product that could raise 4G LTE data speeds to 1 gigabit per second, two to four times faster than current LTE networks. Working in conjunction with Ericsson (ERIC), Netgear and Australian wireless carrier Telstra, Qualcomm said it had developed a mobile hotspot that could reach speeds of up to 1 gigabit per second on 4G LTE networks. The company said the hotspot was the first consumer product that could reach the 1 gigabit speed on LTE. Telstra plans to begin selling the hotspot in coming months, Qualcomm said.

Ultimately, smartphone makers like Apple (AAPL) and Samsung may choose to pair the new 5G and faster 4G technologies together, Hanna says. A 5G capable phone would shift to more widespread gigabit 4G LTE networks if it ran into any difficulty connecting to the higher speed 5G network.