Verizon May Use 5G Wireless for Nationwide Home Broadband 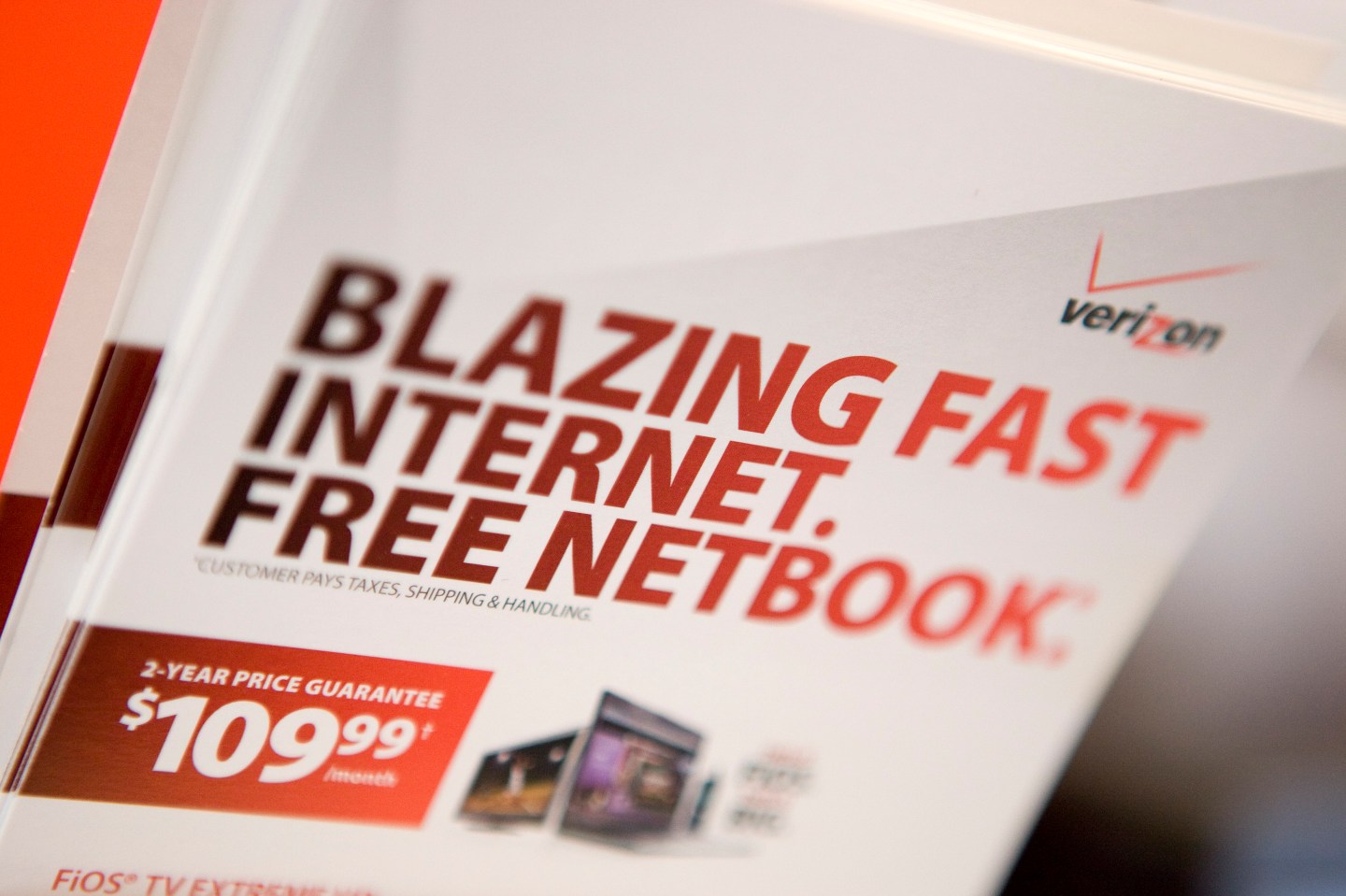 Brochures for Verizon FiOS and a free netbook sit inside a Verizon Wireless store in New York, U.S.
Photograph by Andrew Harrer—Bloomberg via Getty Images

Verizon Communications offers wireless phone service nationwide, but its FiOS home Internet and cable TV service is mostly limited to the northeast and mid-Atlantic regions of the country.

That could change in the next few years as the telco upgrades its wireless networks to the next-generation technology known as 5G, Verizon CEO Lowell McAdam said on Tuesday.

About half the total cost of installing FiOS now is spent putting wires and equipment in a new customer’s home, he explained. But once the extreme high speeds of 5G wireless are online, those wired connections wouldn’t be necessary anymore.

In tests at a Verizon facility, 5G has reached two-gigabyte per second speeds—about 50 times the rate of fast 4G wireless connections today. Instead of tuning wires into a home, Verizon could just give the customer an inexpensive wireless router to connect to the 5G network with enough capacity to receive Internet and TV service.

When asked if FiOS like services could be offered nationwide with 5G, McAdam was enthusiastic. “I don’t know why there would be any limitation on where we would take it,” he replied, speaking at the J.P. Morgan Global Technology, Media, and Telecom Conference in Boston. “There’s no reason you need to be limited.”

Lawmakers and regulators have been trying to encourage traditional telephone and cable providers to compete more for the past few decades, but with limited success. Verizon’s FiOS provides direct competition to cable within the company’s limited, original service area. Yet Verizon has mostly scaled back expansion plans and sold off customers in three states last year.

Then last month, Verizon agreed to bring FiOS service to the city of Boston. The slow, six-year roll out will rely on 5G wireless, particularly for video services, however.

Verizon (VZ) has expanded into owning some of the video content its customers watch, buying Intel’s (INTC) On Cue product and then spending $4.4 billion for AOL. It is also on the running to buy Yahoo (YHOO).

McAdam declined to discuss the latest with the Yahoo bid, but he did try to tamp down speculation that Verizon might go after even bigger producers, like a major Hollywood studio or cable network group.

“We’re not doing that, I don’t think we need to do that,” he responded when asked about a major content acquisition. Noting the telecom carrier prefers to partner with traditional content producers like Hearst and Dreamworks, McAdam admitted, “It’s not exactly our strong suit.”

McAdam also repeated what Verizon CFO Fran Shammo said last week about the impact of the walk out by some 40,000 workers. Replacement workers have not completed as many installations of Verizon’s FiOS service in the second quarter as the now-striking regular workers did in the first quarter, McAdam said.

“We have pushed off installations,” McAdam said. “We’re doing a lot of installations but we’re not doing the same volume that we had before. So we won’t be driving similar numbers in second quarter that we would in first from an installation perspective.”