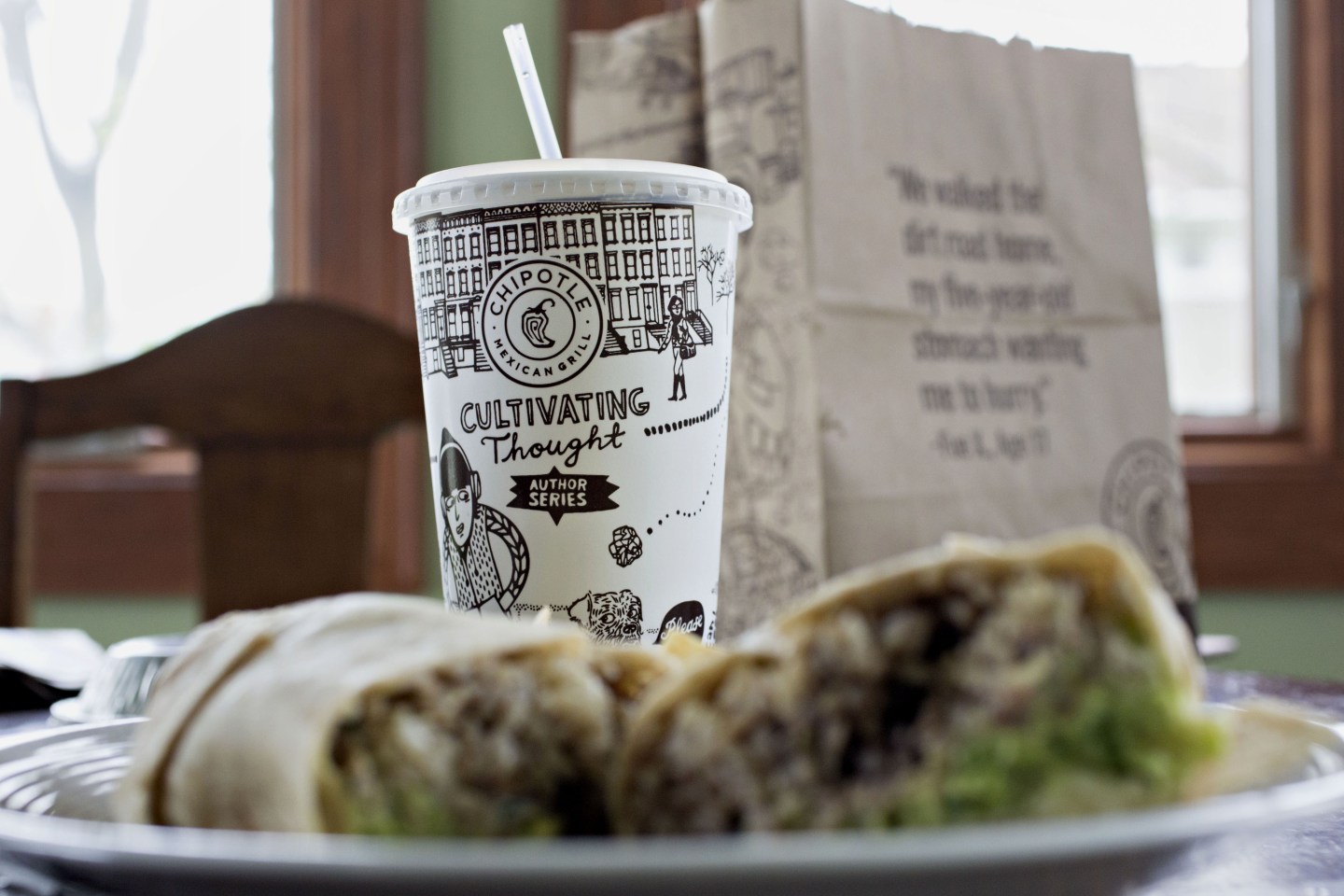 Chipotle Mexican Grill’s quarterly sales tumbled for a fourth straight quarter as the once-hot restaurant chain still suffers in the wake of a poorly handled and prolonged food-safety crisis that started a year ago.

Chipotle had been a darling restaurant chain until the fall of 2015, when the brand’s promise of fresher and healthier foods than rivals like McDonald’s (MCD) came into question after E. Coli outbreaks hit several states. Chipotle also faced accusations it wasn’t responding fast enough to contain the damage or share information with diners about the food safety problems.

The company has since made a slew of announcements to get diners back into Chipotle’s restaurants. It launched a summer rewards program and a handful of other short-term promotions. Co-CEO and founder Steve Ells got in front of the camera in September to admit the chain “failed to live up to our own food safety standards, and in so doing, we let our customers down.”

Some of those moves seem to be making some inroads. Chipotle shared monthly comparable sales and traffic trends. Both of those metrics tumbled more than 30% back in January, but have posted decelerating declines in recent months. Ells on Tuesday said Chipotle was “earning back our customers’ trust, and our research demonstrates that people are feeling better about our brand, and the quality of our food.”

“While we are on the road to recovery, we aren’t satisfied,” Ells told analysts during a conference call. In some markets—especially in the middle part of the country—declines aren’t as bad as in the coastal states (where the E. Coli outbreak occurred).

Management also issued some sales targets that indicate further sales improvement. After a low single-digit drop in comparable restaurant sales, Chipotle executives projected that metric will post a “high single-digits” increase in 2017. Sales next year will also be bolstered by new restaurant openings: Chipotle is expecting to open 195 to 210 new locations.

The sales woes that have hit Chipotle come at a time when the broader restaurant industry is also struggling. Industry sales have been hit by economic uncertainty and falling grocery prices pressure. Some chains, including Dunkin Brands (DNKN) and Wendy’s (WEN), have even blamed the election. Very few chains have managed to navigate these headwinds, though rival Panera Bread (PNRA) on Tuesday managed to report an increase in quarterly sales.

It becomes more critical for Chipotle to improve the brand’s relevance with consumers as the company backs away from other bets it has made in the restaurant world. Like other single-concept restaurant corporations, Chipotle has made investments into other concepts that specialize in other cuisines. Chipotle’s investments in other business models include ShopHouse Southeast Asian Kitchen and Pizzeria Locale.

On Tuesday, Chipotle revealed it would book a $14.5 million asset impairment charge on the business and would explore “strategic options” for the existing 15 locations. No decisions have yet been made, though Chipotle isn’t planning to make additional investments in ShopHouse, which sells rice or noodle bowl dishes that feature steak, chicken, meatballs and tofu.

One area where Chipotle will invest is digital ordering, an aspect of the restaurant business that has helped propel early adopters including Panera and Domino’s (DPZ). Ells told investors that the chain is making an investment into improving the service line that has traditionally addressed digital, fax and catering orders (not the main line that diners see when they place an order along the food counter). The new investments include a testing of a tablet-based ordering system. The goal? Make that “second” line faster, more efficient and more consistent.

“By optimizing the use and design of these second make lines, we envision a time when digital ordering could account for a much larger percentage of sales than the 6% it represents today,” Ells said.