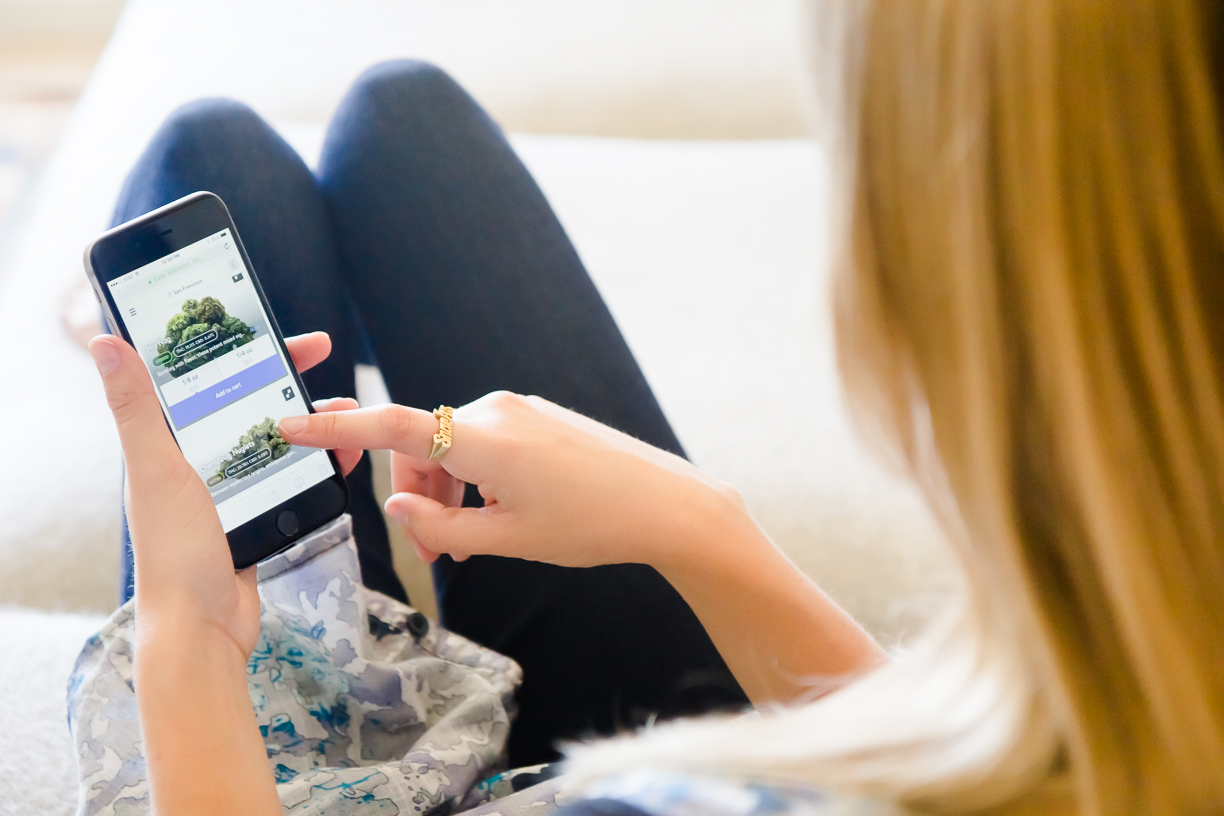 As David Chao walks into the glass conference room, there’s nothing unusual about him as an investor. He’s tall, middle-aged with dark hair and clutching the expected techie accessory: a smartphone.

But there’s one unusual detail about Chao: He’s a medical marijuana user.

Chao first gave cannabis a try a couple of years ago, after a cycle of painful stomach and lung problems he couldn’t relieve through traditional medicine. One day, as they sat around playing video games, pal Blake Krikorian, a co-founder of Sling Media who recently died of a heart attack, suggested Chao look into alternative treatments such as medical marijuana.

“I actually got a prescription and I tried—since I still can’t smoke—half of a 10-milligram chocolate,” Chao told Fortune of his first taste of medical marijuana. Because of asthma, Chao was prescribed cannabis in the form of a chocolate instead of smokeable formats.

“Within an hour and a half, it took the edge off my pain,” he said, adding that the dose was small enough that it soothed him but he was far from being high on the drug.

Chao’s foray into medical marijuana also had another effect. The same month Chao tried medical marijuana, he was introduced by one of his colleagues, Kyle Lui, to a young startup named Eaze, which lets customers order deliveries of medical marijuana through its app. On Monday, Eaze announced it recently closed $13 million in new funding—led by Fresh VC with Chao’s firm, DCM Ventures, and Tusk Ventures also participating—bringing its total to $25 million.

“I think I was willing to be more open minded largely because of my own journey [with] usage of cannabis medically,” says Chao, whose firm invested in Eaze’s seed round in 2014 after he looked into the company and convinced his partners to take a chance. “If it was two months before, it probably would have gone straight to the shredder—timing really matters.”

Chao is ethnically Chinese but he was born and raised in Japan, where marijuana use is still illegal. Even when he came to the U.S. to go to boarding school in Ojai, Calif. and then to Brown University for college, Chao’s conservative view on the substances persisted.

“When you grow up in that environment, you just associate: cannabis, bad,” he says. “Even in high school, I wrote a paper on how cannabis should be completely disallowed,” adds Chao of his relaxing views on marijuana.

But with a shifting tide in both U.S. regulations and public opinion, Chao saw an opportunity in Eaze, which he describes as a tech startup rather than a cannabis startup. Co-founder and CEO Keith McCarty was one of the founders of workplace chat tool Yammer, which Microsoft acquired in 2012 for $1.2 billion. Eaze’s office, nested in San Francisco’s Financial District, feels much like any other tech startup, with an open office floor plan of identical desks with computers, and a few conference rooms for meetings.

After finishing out his one-year commitment to stay at Microsoft and taking some time off, McCarty went looking for his next project. The so-called “on-demand economy,” which includes companies like ride-hailing service Uber and grocery delivery startup Instacart, was gathering a lot of steam at the time, so McCarty looked into the various sub-category of such services.

“Cannabis kept popping up as a natural fit,” McCarty tells Fortune. McCarty isn’t a consumer of cannabis himself, so he had to do a lot of research, but found medical marijuana to be a compelling case. According to him, cannabis checks out three “pillars,” as he says, for a viable on-demand business: high frequency of use, a flexible supply, and a naturally social activity—meaning that people either do it in groups or tell their friends about the service, as Uber’s earliest customers did after being wowed by their ability to summon a black car via their smartphone.

On the supply side, Eaze partners with local dispensaries and provides them access to the data it gathers about customers. Once an order is received via Eaze, dispensaries are also the ones that handle the actual cannabis delivery, which also means the startup doesn’t have to worry about the additional licensing required to handle marijuana. Other similar startups, like San Francisco-based Meadows, also took this dispatch service approach, instead of being a delivery service themselves.

For now, Eaze is only available in a few markets in California, like San Francisco and Los Angeles, but the startup plans to expand soon. A big part of its expansion will also depend on regulations that are increasingly shifting toward legalization, both for medical and recreational use. Today, more than half of the U.S. states have at least legalized medical use or decriminalized possession, and Eaze’s home state of California will vote on legalizing recreational use for adults over 21 next month. Eight more states will be voting on some form of legalization as well.

According to Chao, if California does indeed pass that ballot measure (Prop. 64, as it’s called), we’ll likely see much more investment in cannabis-related companies. Although medical marijuana has already been legal in California for two decades, Chao says its full legalization will finally make more investors comfortable putting money into those companies, as there’s still stigma associated with cannabis. For instance, Eaze currently has some investors who have asked to keep their identity anonymous.

For his part, Chao had to answer a lot of questions from his partners and the firm’s limited partners when he was first working to get them on-board with investing in the company. “We were paid to take risks early,” he reminded his partners. “Yes, this is a little bit controversial but the trend lines are all positive.”

Chao says that his firm continues to look at cannabis-related companies and he expects the next big battle to be among brands of cannabis products.

“There is going to be a Coca-Cola and a Pepsi emerging from this market,” he says very assuredly, in a reference to the two soft drink titans.

The story has been updated with the name of Chao’s colleague who first met Eaze.