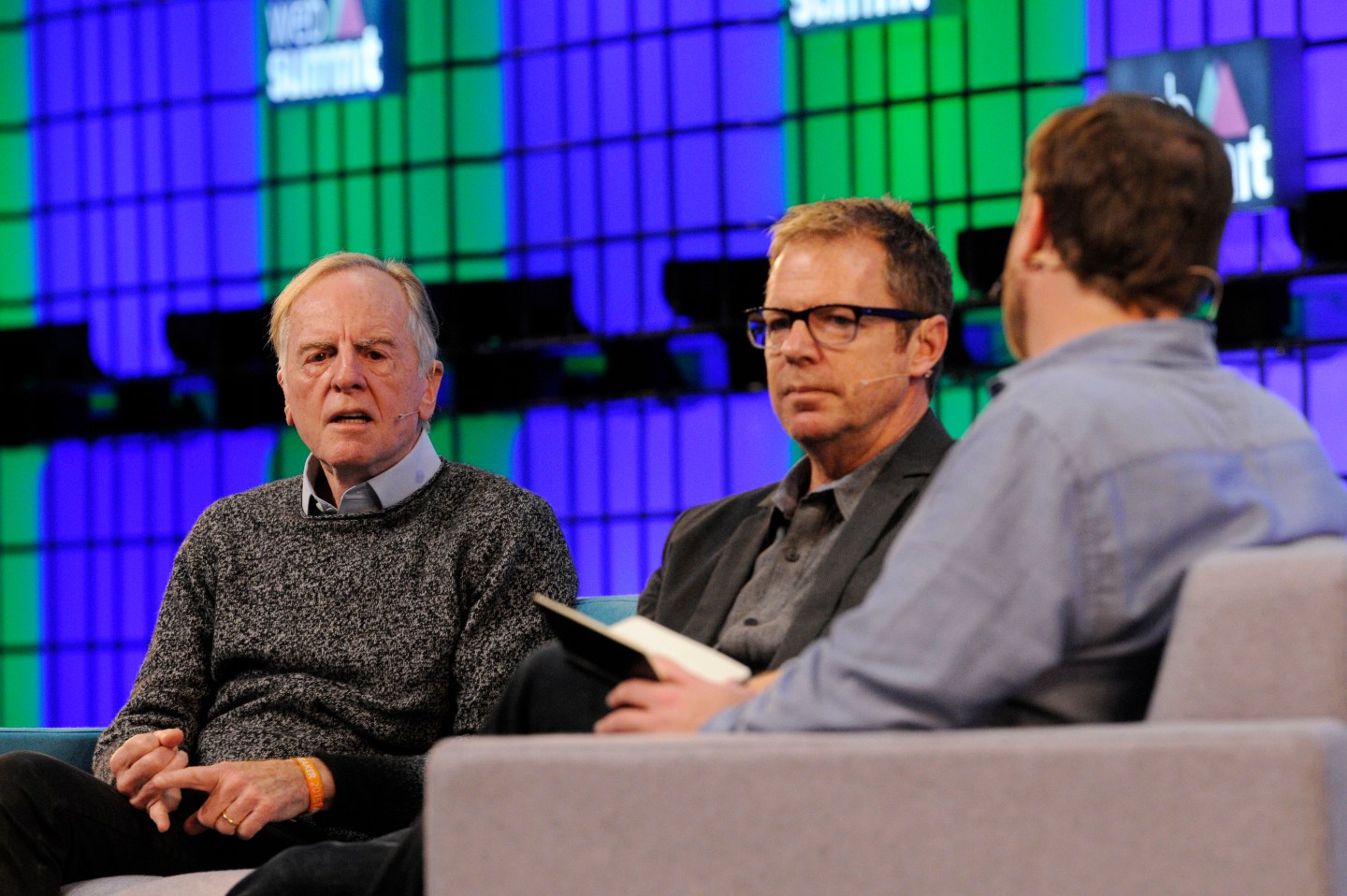 DUBLIN, IRELAND - NOVEMBER 05: John Sculley, Founder of Obi Worldphone and Robert Brunner, Founder and CEO of Ammunition Group speaks on stage during the third day of the 2015 Web Summit on November 5, 2015 in Dublin, Ireland. The Web Summit is now in it's 4th year and is technology's most global gathering. In numbers, it has 42,000 attendees from 134 countries, 1,000 speakers, 2,100 startups and 1,200 media. (Photo by Clodagh Kilcoyne/Getty Images)
Clodagh Kilcoyne—Getty Images

Taking the stage after awards for a “hackathon” were doled out to competing teams of developers, Sculley told the audience that financial incumbents are in a race for their lives—and that the race is a sprint. In issuing the warning, the former president of PepsiCo (PEP) said that the world of finance is presently living in “exponential” times, rather than “linear” ones.

Linear times are marked by slow and gradual improvement, Sculley said, whereas exponential times are characterized by rapid and tumultuous change. Cautious short-term thinkers will be passed by, he continued, invoking the “exponential vs. linear” framework espoused by Ray Kurzweil, a noted futurist and director of engineering at Google (GOOG).

“If you think in the fintech world that you can live in linear times,” Sculley said, characterizing the attitude as having a “sit-back-and-wait” mentality, “it ain’t going to turn out that way.”

The onetime successor to Apple founder Steve Jobs cited Kodak (KODK) , the once high-flying photography company that struggled to remain relevant once digital photo technology burst onto the scene, as a prime example of failure to keep up with exponential times. “There will be Kodak examples in the financial services industry,” he warned members of the audience, many of whom represented big banks and startups.

Customers today care more about the opinions of their peers than the reputation of an incumbent, Sculley said. “There are bound to be war stories over the next several years of big leaders today who missed the pivot.”

“This is an amazing time to be an innovator—a disruptive, adaptive, innovator in fintech,” Sculley added. “But it’s a precarious time for anyone living in linear time.”