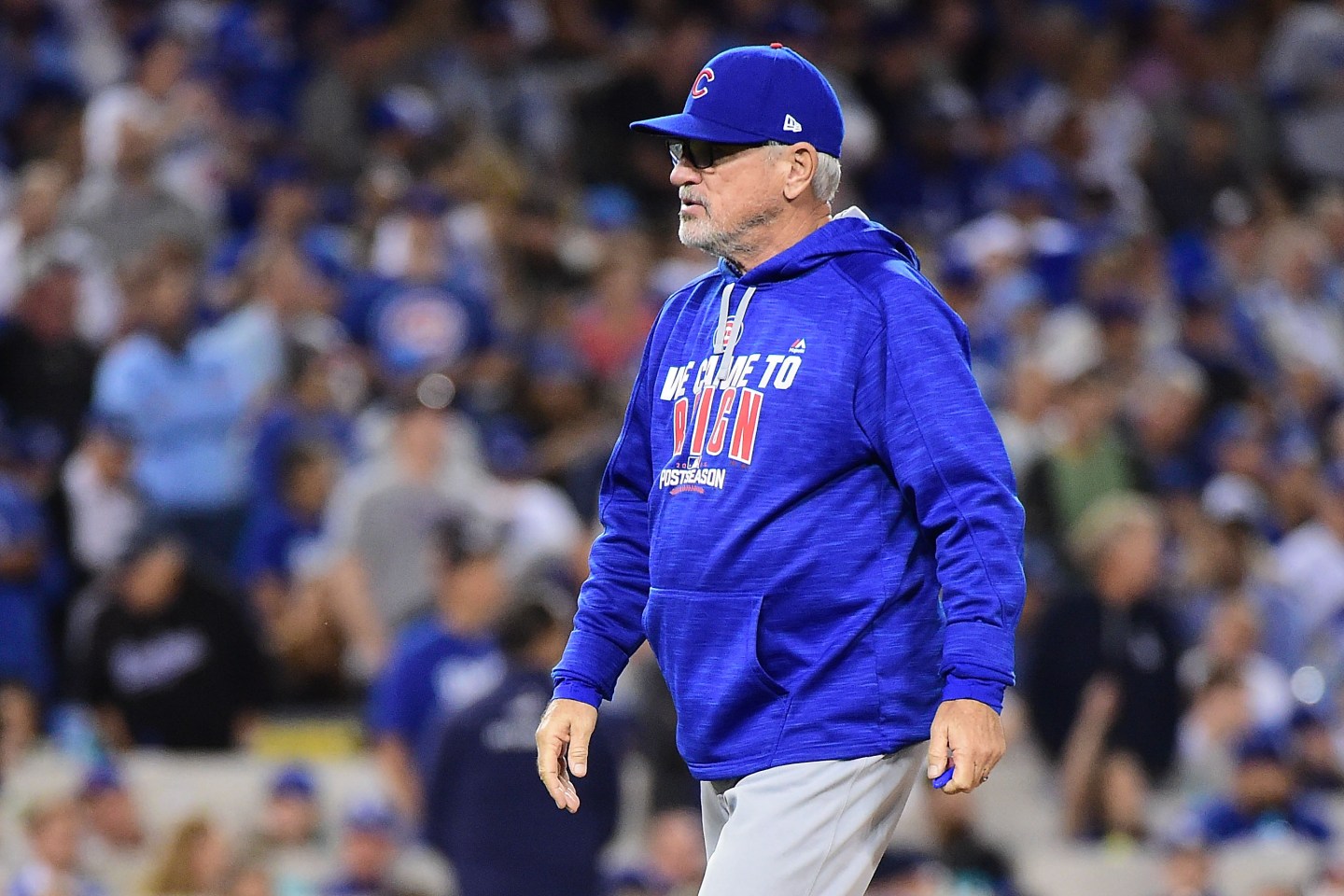 LOS ANGELES, CA - OCTOBER 18: Joe Maddon #70 of the Chicago Cubs walks off the mound after a pitching change in the sixth inning against the Los Angeles Dodgers in game three of the National League Championship Series at Dodger Stadium on October 18, 2016 in Los Angeles, California. (Photo by Harry How/Getty Images)
Harry How Getty Images

On Wednesday, Chicago Cubs manager Joe Maddon had to deal with a malfunctioning Apple (AAPL) iPad before the fourth game of the National League Championship Series (NLCS).

Fox’s (FOX) FS1 commentators noted that Maddon couldn’t use his iPad to enter lineups before the game between the Cubs and the Los Angeles Dodgers, causing him to spend 90 minutes with technical support before the game to address the issue. Apparently, it was a futile effort because he ended up using his phone to do the job.

It was unclear whether the problem was with the device itself, the software running it, the wireless network—or some combination of all of the above.

For more on technology and sports, watch:

Maddon, like many baseball long-timers, is a traditionalist and has used pen and paper to coach for two decades, according to MLB.com.

He and other coaches had to rethink index cards when Apple (AAPL) and MLB announced a multi-year deal that puts a 12.9-inch iPad set-up with special “MLB Dugout” software in their hands for games.

Some have speculated that Maddon will go back to paper full time since the Cubs trounced the Dodgers 10-4 in the iPad-free game four, tying the series at two games each. Baseball people are notoriously superstitious.

As for the Belichick-Surface kerfuffle, the NFL issued a statement saying that multiple issues in a stadium’s “complex environment” can cause problems, and that it works with its partners to resolve them.