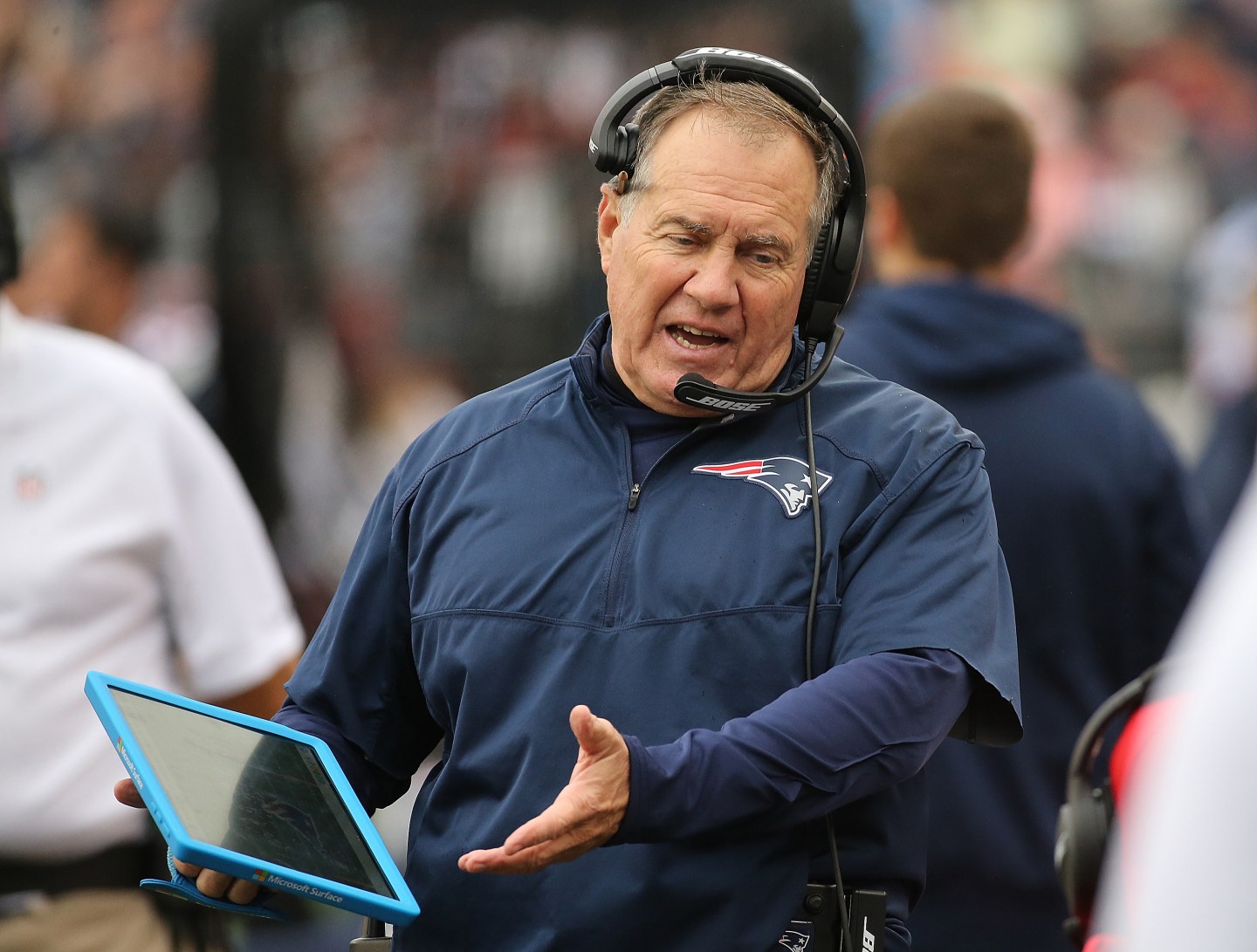 FOXBORO, MA - OCTOBER 02: Bill Belichick of the New England Patriots reacts during during the second half against a game with the Buffalo Bills at Gillette Stadium on October 2, 2016 in Foxboro, Massachusetts. (Photo by Jim Rogash/Getty Images)
Jim Rogash—Getty Images

New England Patriots coach Bill Belichick isn’t known for his lengthy responses to reporters. He’s often mocked for ignoring questions he doesn’t want to answer or stonewalling with one sentence answers to change the subject like “we’re on to Cincinnati.”

So it was extremely unusual on Tuesday when coach Belichick spoke for almost six minutes straight on a call with reporters, giving one of his longest and most detailed answers ever. The subject? His hatred of the tablet computers that the National Football League supplies to every team for reviewing the team’s list of plays on the sidelines during games.

“As you probably noticed, I’m done with the tablets,” Belichick said. “They’re just too undependable for me. I’m going to stick with pictures, which several of our other coaches do, as well, because their just isn’t enough consistency in the performance of the tablets. I just can’t take it anymore.”

Belichick and other Patriots players and coaches were spotted during Sunday’s game against the Cincinnati Bengals flipping through printed pictures of plays instead of using the NFL-supplied Microsoft Surface tablets.

“For me, personally, it’s a personal decision, I’m done with the tablets,” the coach added. “I’ll use the paper pictures from here on, because I just have given it my best shot. I’ve tried to work through the process. But it just doesn’t work for me, and that’s because there’s no consistency to it.”

Microsoft said most in the NFL had good things to say about the Surface. “We respect Coach Belichick’s decision, but stand behind the reliability of Surface,” the company said in a statement. “We continue to receive positive feedback on having Surface devices on the sidelines from coaches, players and team personnel across the league. In the instances where sideline issues are reported in NFL games, we work closely with the NFL to quickly address and resolve.”

Belichick’s lengthy answer came in response to a reporter’s question about another unreliable technology supplied to teams by the NFL— the wireless communications system used by coaches to speak with the quarterback and one defensive player on the field. The New England coach also had little positive to say about the communications system.

For more on Twitter’s recent deal with the NFL, watch:

“There are very few games where their aren’t issues in some form or fashion with that equipment,” he said. “It was a problem last week. It’s basically a problem every week.”

Microsoft (MSFT) and the NFL struck a five-year deal in 2014 under which the league would promote use of the Surface tablet in return for $400 million. Before that, coaches and players were limited to black and white print outs of plays.