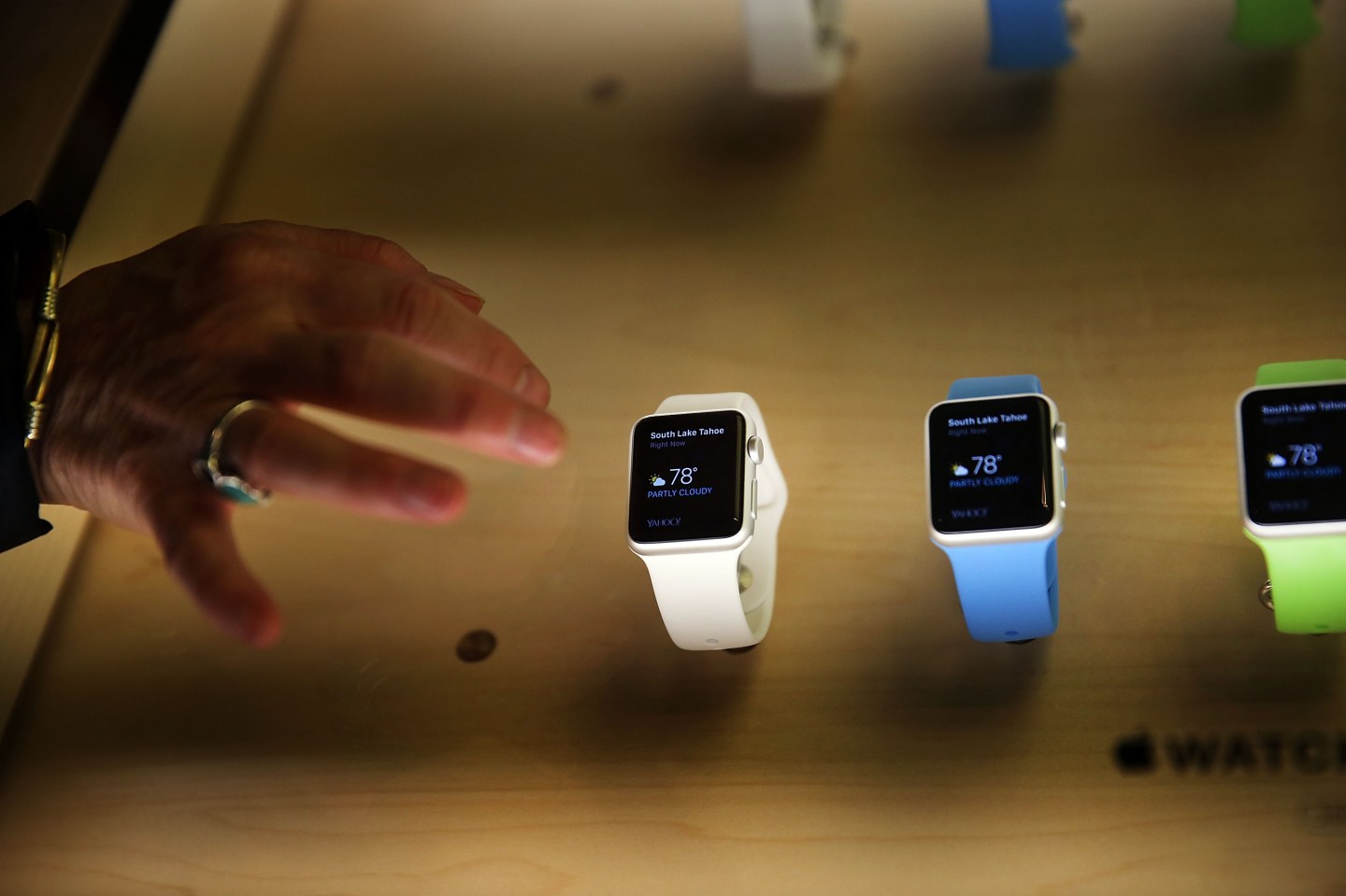 NEW YORK, NY - APRIL 10: The new Apple Watch is viewed at an Apple store in Manhattan on April 10, 2015 in New York, New York. Consumers around the world were able to try on the long awaited smartwatch on Friday and to place orders. On April 24, consumers will be able to buy it online or by appointment in select stores. The Apple Watch sport starts at $349 with the standard version retailing at $549 in the U.S. Luxury "Edition" watches with 18-karat gold alloys will be priced from $10,000 and will go as high as $17,000. (Photo by Spencer Platt/Getty Images)
Spencer Platt — Getty Images

Commercial fitness trackers worn on the wrist are less accurate than a chest strap monitor at measuring heart rate, and may over- or underestimate heart rate depending on activity level, researchers say.

In general, wrist monitors are more accurate at rest than during exercise.

“If somebody must know his or her heart rate with great accuracy, like a heart patient or a trained athlete, if you really need to know, use a chest strap,” said co-author Dr. Marc Gillinov of the Cleveland Clinic.

“If you’re using these wrist worn monitors and you get an odd value, way too high or too low, it’s probably wrong so don’t be concerned,” Gillinov told Reuters Health by phone.

Heart rate readings were collected at rest and on the treadmill at two, three, four, five, and six miles per hour. Users exercised at each level for three minutes before heart rate was recorded. Recorded heart rates ranged from 49 to 200 beats per minute (bpm).

Compared to the ECG, the heart rate monitors had variable accuracy. The Basis Peak, which is no longer commercially available, overestimated heart rate by roughly eight bpm during moderate exercise. The Fitbit Charge HR underestimated during more vigorous exercise, by about six or seven bpm.

The Apple Watch (AAPL) and Mio Fuse had 95% of their heart rate readings fall within a range of 27 to 29 bpm over or under the ECR reading, a slightly smaller range than the Fitbit or the Basis Peak, as reported in JAMA Cardiology.

For more, read: This Is the Most Accurate Wrist Wearable

The companies that make the wrist monitors do not claim that they are medical devices, Gillinov said.

“They should not be used to diagnose or treat anything, you can’t count on them in that context,” he said.

Aaron Coleman, CEO and founder of Fitabase, Fitbit’s (FIT) longtime clinical research partner, told Reuters Health he thinks the results aren’t too bad, especially considering the wrist-worn devices are being compared to a research-grade device, a chest strap that would be unwieldy for any casual athlete to wear.

In general, the further away from the heart a body monitor is located, the more variation there will be in heart rate readings, he said.