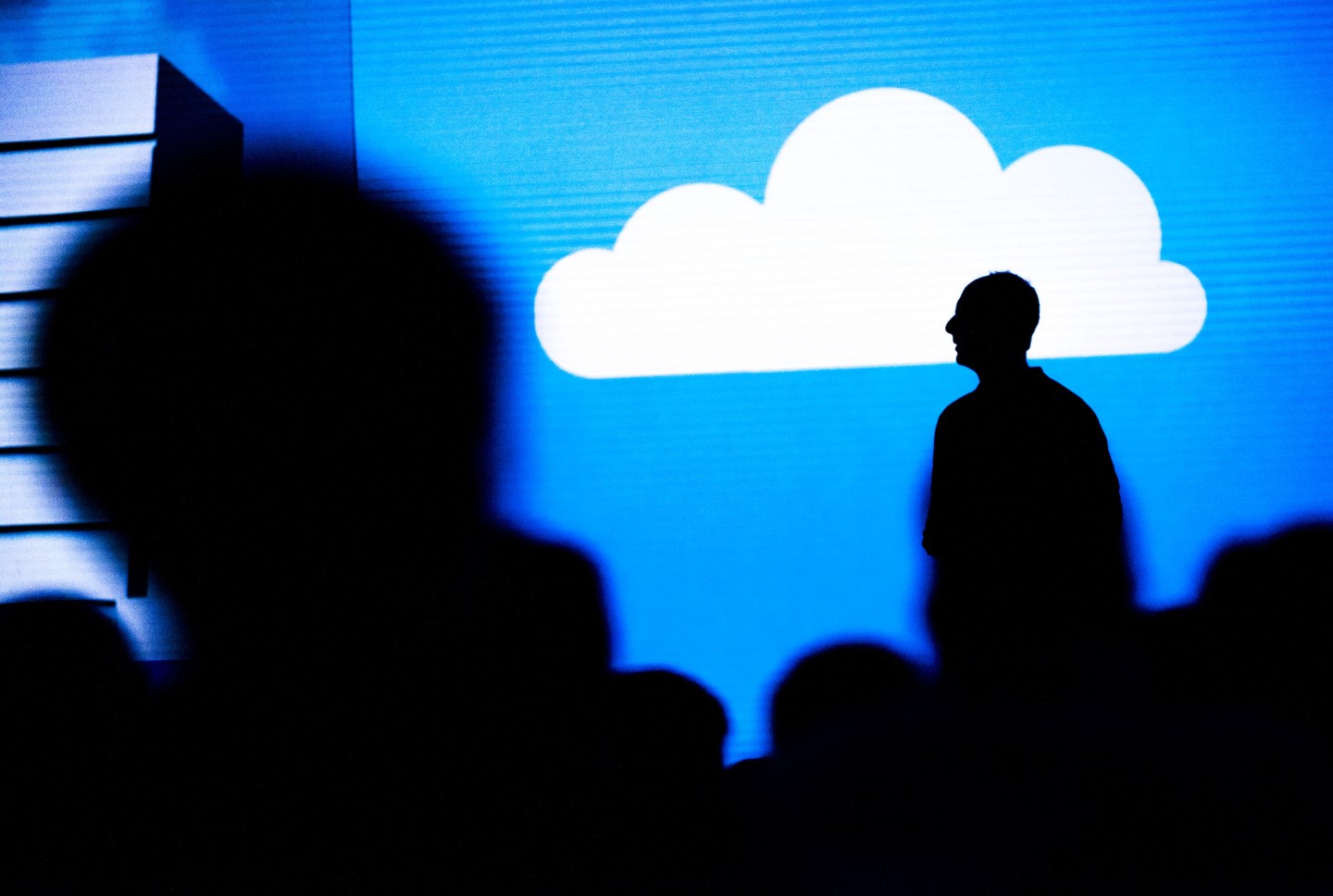 The silhouette of Scott Guthrie, executive vice president of the cloud and enterprise group at Microsoft Corp., is seen as he speaks during a keynote session at the Microsoft Developers Build Conference in San Francisco, California, U.S., on Thursday, March 31, 2016. Microsoft Chief Executive Officer Satya Nadella said his company is committed to playing a key role in the emerging market for artificial intelligence-based chat software, one week after the company's first Internet chat bot in the U.S. was so manipulated by users that it had to be pulled down within a day of its introduction. Photographer: David Paul Morris/Bloomberg via Getty Images
David Paul Morris — Bloomberg via Getty Images

The Justice Department has filed a new salvo in a closely-watched legal battle with Microsoft, claiming that federal appeals court in New York misinterpreted a law over when Internet companies must disclose data they store on overseas servers.

The case, which involves emails stored in Ireland tied to a drug investigation, has important implications for civil liberties and the rapidly growing cloud computing industry, and lays the groundwork for a possible trip to the Supreme Court.

The government’s appeal comes after three judges threw out a contempt of court finding against Microsoft in June, concluding a search warrant served in an investigation could not be applied overseas.

More broadly, the lawsuit is a test for how to apply traditional concepts of national borders in an era where legal evidence often comes in digital form, and can be moved from country to country in seconds.

According to the Justice Department, companies like Microsoft and Google “store a customer’s email content across an ever-changing mix of facilities around the world,” and should not be able to rebuff search warrants by moving data around. The agency adds that the June ruling is already thwarting investigations.

“It is significantly limiting an essential investigative tool used thousands of times a year, harming important criminal investigations around the country, and causing confusion and chaos among providers as they struggle to determine how to comply,” the filing reads. “It has substantially impaired a vital tool to investigate all sorts of serious crime — including terrorism, public corruption, cyber-crime, securities fraud, child sexual exploitation, and major narcotics trafficking.”

Microsoft (MSFT) and civil liberties advocates have argued the Second Circuit Court of Appeals got it right, saying the law in question, known as the Stored Communications Act, was designed to protect privacy, and that U.S. law enforcement should rely on treaties with Ireland and other countries to obtain data stored overseas—a process the Justice Department rejects as slow and impractical.

The federal government also claims the focus of the Stored Communications Act is not about privacy, but on providing a mechanism for Internet companies to disclose evidence.

In its petition, the Justice Department asks for a so-called “en banc” hearing with the appeals cuort, which would require a full panel of judges to review the June decision. The petition would appear be a long-shot, however, since the initial ruling was unanimous, and because the Second Circuit (unlike other appeals circuits) almost never grants en banc hearings. This would set the stage for an appeal to the Supreme Court.

While there is no guarantee the top court would agree to take the case, the prospects are likely given the case’s high profile, and the ongoing uncertainty over how to apply traditional principles of criminal procedure to cloud data storage.

Meanwhile, the Justice Department appeal caused a bipartisan group of lawmakers, including Senators Orrin Hatch (R-Utah) and Christopher Coons (D-Del.), to publish a letter sympathetic to Microsoft, and that urged Attorney General Loretta Lynch to support a law reforming the Stored Communications Act.