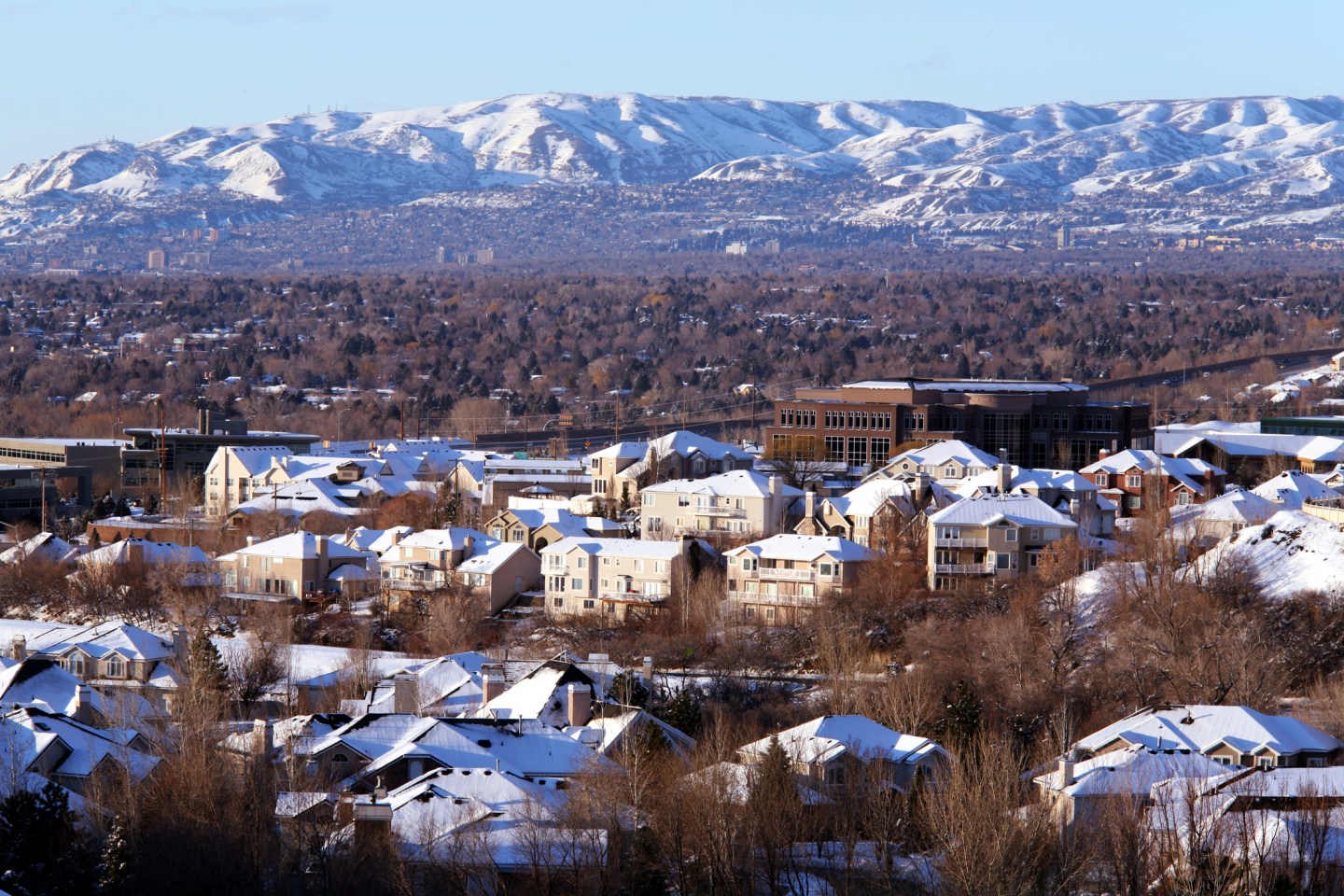 If the pushback against Donald Trump becomes a Republican Party revolt, it could be said that it got its start in Utah.

Gov. Gary Herbert was the first elected official to pull his endorsement from Donald Trump as conservatives recoiled from a recording of Trump boasting of how his fame allowed him to impose himself on women. Other prominent Utah Republicans soon joined him.

Sen. Mike Lee, Reps. Jason Chaffetz, Chris Stewart and Mia Love, and former Gov. Jon Huntsman all called for Trump to abandon his campaign. Lee, who’s in a re-election race, has been floated as a possible Supreme Court pick by Trump.

Utah is a deeply conservative state, with politics influenced by the Mormon Church based in Salt Lake City. But only 14 percent of the state’s Republicans voted for Trump during its caucuses in March, and Utah’s favorite political son, 2012 GOP nominee Mitt Romney, is a leading critic of this year’s nominee.

The Church of Jesus Christ of Latter-day Saints declined to weigh in on the issue, but the church-owned Deseret News newspaper published a scathing editorial Saturday calling for Trump to step aside.

“What oozes from this audio is evil,” the paper wrote. “Nor is this an isolated incident. His reprehensible sexual speech confirms troubling reports and outrageous outbursts that have dogged his campaign from the beginning.”

Tim Chambless, a political scientist at the University of Utah, recalled attending the caucuses, where attendees waved signs with red lines through the names of Trump and Democratic nominee Hillary Clinton rather than ones in favor of the candidate who ultimately won, Texas Sen. Ted Cruz.

That continues. Herbert did not say for whom he would vote when he announced he could no longer support Trump. Utah’s senior senator, Orrin Hatch, released a statement scolding Trump, but not pulling his support. Rep. Rob Bishop said in a statement he’ll still support Trump because he’s the party’s nominee, even though he doesn’t condone the attitude toward women in the recording. Others hoped Trump’s running mate, Indiana Gov. Mike Pence, could take over.

Libertarian nominee Gary Johnson based his longshot campaign in Salt Lake City, hoping to capitalize on the state’s dislike for Trump. His spokesman, Joe Hunter, said Saturday that Johnson connects with voters as a fellow westerner.

“Trust and character are important in Utah, and for Republican leaders here, Donald Trump has just put them in a really tough spot,” Hunter said.

But Johnson’s socially liberal positions are an awkward fit with some in the deeply religious state. That gives an opening to Evan McMullin, a Brigham Young University graduate, former CIA officer, investment banker and congressional aide running as a third-party conservative.

“When Donald Trump says things like this it only makes our job easier,” said McMullin, who thinks Utah’s conservative voters align closer with him than Johnson.

Utah’s unique political culture, dominated by the Mormon Church, puts a premium on personal decency and openness to immigrants and refugees. Trump has struggled to appeal to Mormons throughout the West, a challenge for him in other states with large Mormon populations, such as Nevada and Arizona. On Saturday morning, Idaho Sen. Mike Crapo, who is also Mormon, called on Trump to step aside for Pence.

“If any Mormons weren’t already clear about the fact that Donald Trump is a misogynist, I think it’s pretty clear now,” she said. “The kind of man he is profoundly contradicts what many Mormons aspire to be.”