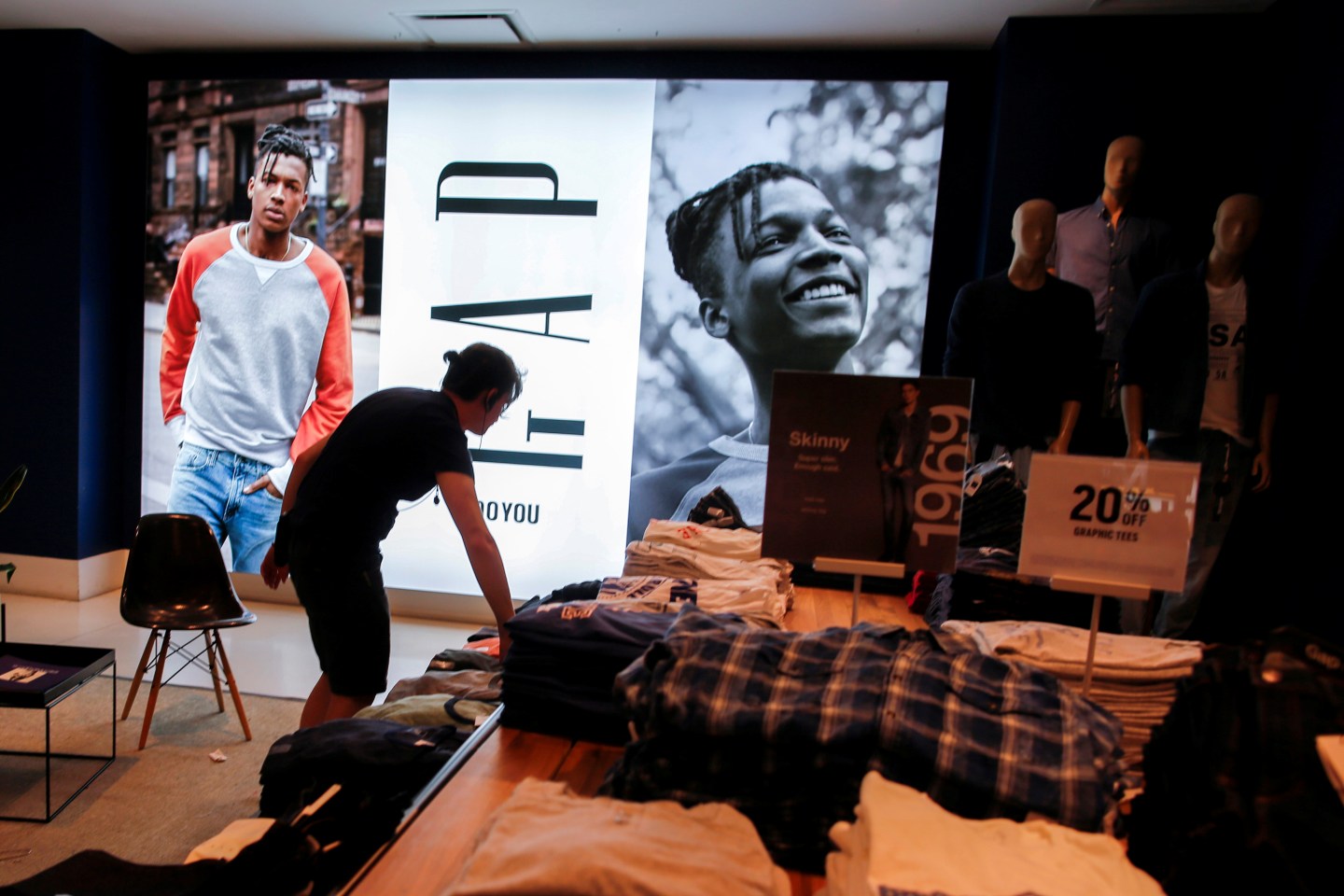 Could the worst be behind Gap Inc? (GPS)

Wall Street certainly seems to think so. The apparel maker and retailer’s shares rose 15% on Friday, their biggest jump in eight years, despite a 3% drop in comparable sales in September reported late Thursday by the company.

The performance of the parent company of Gap, Old Navy and Banana Republic, suggests that Gap and many of its rivals, including Abercrombie & Fitch (ANF) could be emerging from a very long sales slump caused by market share lost to nimble rivals like H&M and Forever 21, and a shift in spending priorities for consumers. One analyst suggested that after two years of consumers spending on big ticket items like remodels, they may refocus some of their shopping on apparel.

While companywide comparable sales, a metric the strips out the impact of closed and newly opened stores, have risen only once in the last 18 months, there were some green shoots. Gap Inc said that were it not for the disruptions caused by a fire at a distribution center in August in Fishkill, New York, comparable sales would have been flat last month. And more encouragingly for investors, Old Navy, its biggest brand, seems to be getting back on its feet after a startling slump earlier this year: comparable sales for the brand, which generates about 40% of sales, rose 4%.

Some on Wall Street even raised the possibility of Gap Inc’s return to robust growth in short order.

“We see a potential scenario of the segment producing high single digit comps this winter, aiding the company will turn the corner on leveraging rent and occupancy,” wrote Deutsche analyst Paul Trussell, who upgraded his rating on Gap Inc’s stock to “hold” from “sell”. Betty Chen of Mizuho pointed to “improvement in merchandise margins and a more encouraging response to the assortment, especially at Old Navy.”

And the bullishness extended to other apparel markers: the stocks of Abercrombie & Fitch, Ralph Lauren and Chico’s (CHS) all rose too.

Still, one analyst said Gap has a long way to go to improve its offerings and win back consumer’s favor.

“Given poor results at Gap and Banana Republic, likely attributable to unappealing merchandise assortments, we don’t view the product lost in the fire as an important loss but rather a fortuitous reduction in inventory,” Stifle analyst Richard Jaffe wrote in client note.

After all the Gap brand’s comparable sales fell 10%, while at the perennially struggling Banana Republic, they were down 9% in September.