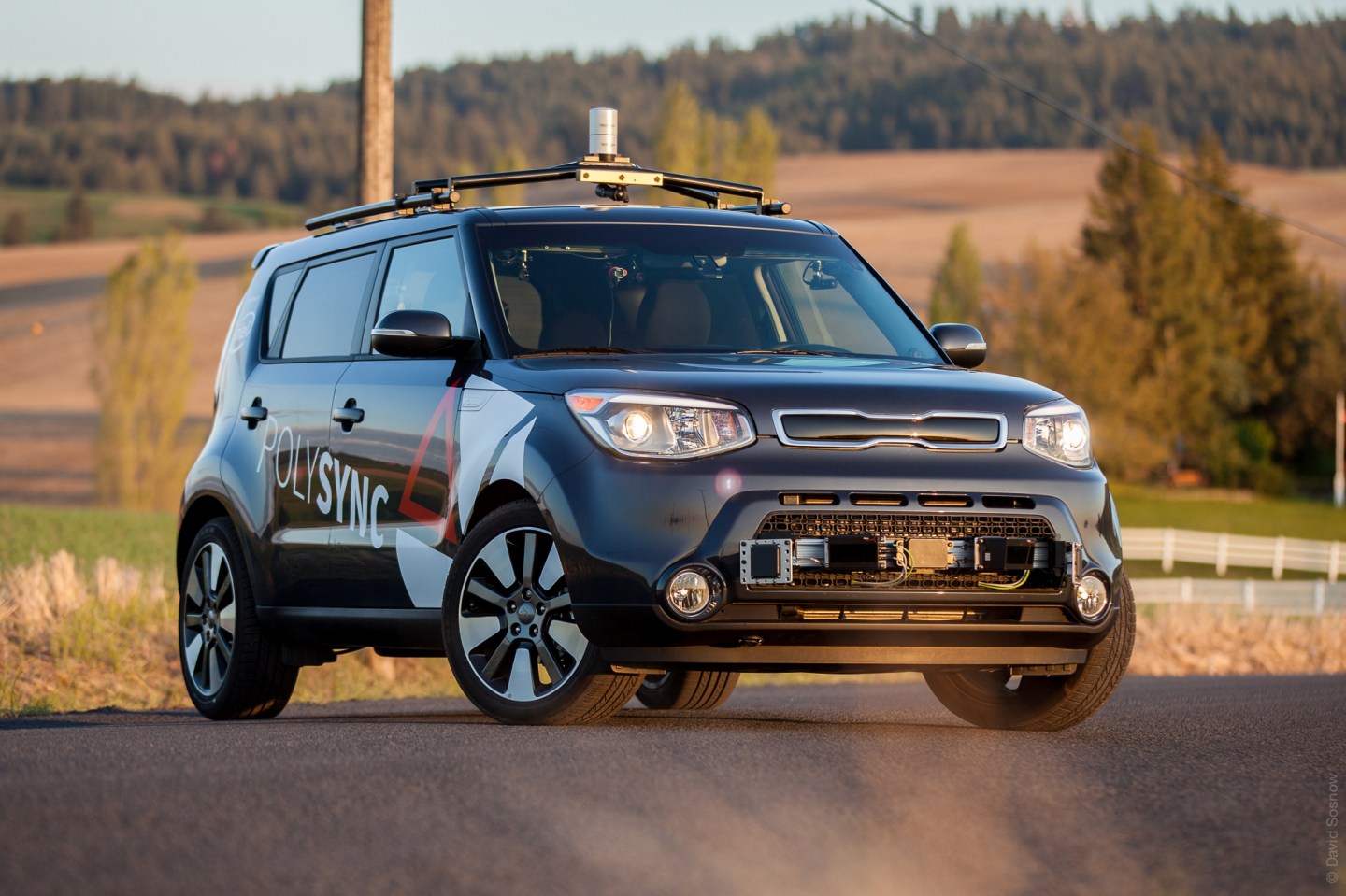 Gone are the days when “automotive” meant designing, building, and selling vehicles and parts. These days, the auto world has been turned upside down by emerging technologies that promise to change how people get from Point A to Point B.

Major automakers are acquiring or investing in ride-sharing companies, as well as autonomous vehicle and connected car startups. Meanwhile, entrepreneurs, designers, and software engineers are jumping into the industry to bring new services and means of travel to the masses.

For the second year, the LA Auto Show’s AutoMobility LA held its Top Ten Automotive Startups competition to identify the hottest, most innovative companies in the meeting point between transportation and technology. It’s a fitting competition for AutoMobility LA, the show’s new event that integrates press and trade days and is designed to showcase the growing convergence in business.

See also: Steve Wozniak Bets on an Old Automaker For His Next Electric Car

This year’s list illustrates just how many opportunities exist within an industry that is rapidly evolving beyond traditional automotive businesses.

“Each company has an innovative business model and products/services that we believe will affect the future consumer in positive ways,” Kaz said. “Auto-mobility is a broad category, and we believe the companies chosen successfully honor what this competition is about in their own respective ways. ”

The 2016 winners will participate in AutoMobility LA’s four-day trade show from Nov. 14 to 17. The top three finalists will be picked before the conference, and the winner will be announced at the show. Fortune is the exclusive media partner of the Top Ten Automotive Startups competition.

This Israel-based company is tapping into an explosive new marketplace: automotive cybersecurity. Millions of new cars and trucks on roads today have Internet connectivity, allowing automakers to deliver a host of new services to its customers, including Wi-Fi hotspots and the ability to remotely unlock and lock a vehicle from a mobile app. But the increasing level of connectivity, too, is exposing consumers and manufacturers to a new set of risks, if hackers are able to find weaknesses and exploit them.

Enter Argus Cyber Security. The three-year-old company, which has offices in Michigan, Silicon Valley, Tokyo, and Stuttgart, Germany, works with automakers and suppliers to identify and shore up cybersecurity holes with its software.

More than one-third of U.S. residents live in rental housing like apartments, townhouses, and condos—leaving millions of potential electric vehicle owners without a convenient place to charge their car. EverCharge, an Emeryville, Calif.-based company, aims to fill that void and help make electric vehicles accessible to everyone, even if they don’t have a private garage.

The company’s EV chargers are designed for a personal, individual parking spot. EverCharge does a site evaluation, and handles the permitting and installation. The customer is billed for the amount of energy used, and EverCharge reimburses the property.

This Chicago-based startup aims to keep first responders and drivers safe. The company has developed a smart connected siren, which sends real-time notifications to smartphones with its HAAS app to a vehicle’s dashboard display, and even voice alerts to Bluetooth-enabled headphones and helmets. The system is easily integrated in fire trucks and ambulances.

HAAS Alert is a recent graduate of Techstars Mobility, a startup incubator program backed by Ford Motor and other partners. The automaker is supporting a pilot program that will bring the HAAS system to emergency responders in Detroit.

These inaudible sound waves, called Smart Tones, can be used to trigger special content on a user’s smartphone. For example, a professional sports team or music group can use the technology during live events to push instant replays, ads, or even GIFs to fans’ smartphones.

PolySync is among the Top Ten Automotive Startups picked by the LA Auto Show’s AutoMobility LA.Courtesy of PolySync

This Portland, Ore.-based startup has one goal in mind: Simplify and accelerate the development of self-driving cars. The company, which was founded in 2013, has developed a middleware platform that lets automakers and other autonomous vehicle startups test, gather data, and eventually deploy driverless vehicle applications without spending an inordinate amount of time and resources. The system is designed to turn software algorithms and sensors into plug-and-play applications.

This fall, PolySync is joining TechLab at Mcity, a business incubator at the University of Michigan, to test and develop its driverless vehicle tech.

Not every woman is comfortable getting a ride from an unknown male driver through one of the big-name ride-hailing services, like Uber or Lyft. See Jane Go aims to serve half the population—the female half—with a ride-hailing app designed specifically for women drivers and passengers.

The app launched this month in Orange County, Calif., and will soon have new features, including a way for riders to designate a portion of their fare to a charity of their choice. The service doesn’t exclude men entirely. To use the service, a male passenger must be hosted by a female driver.

Using a navigation or map app can help a consumer get to a restaurant, club, or park, but it doesn’t always tell the user what the surrounding area of the destination is like, or if they’re missing the best parts of a neighborhood. Spatial, a Cincinnati-based startup, combines machine-assisted analysis and human-driven data like social media content to provide a cultural map of cities.

The aim is to change how people experience data on maps and let travelers navigate like a local anywhere in the world. The startup is also a Techstars Mobility graduate, and is one of three companies that Ford plans to continue to collaborate with.

Lon Ballard wanted a lightweight, efficient, and affordable alternative to a motorcycle that was safe for its occupants and the pedestrians around it. His solution is Spira4U, a foam and plastic 3-wheel vehicle that handles like a cross between a motorcycle and a go-cart. The vehicle has motorcycle hand controls, as well as foot pedals for the gas and brake.

The vehicle comes in gas and electric versions, and is designed for the urban commuter.

This Pasadena, Calif.-based company is aiming to solve the last-mile problem—a term that refers to the gap from home to train or bus that many public transit users face. Its founders have created URB-E, a lightweight, foldable electric vehicle that can travel up to 15 miles per hours and gets 20 miles on a single charge.

There are four editions of the vehicle, all based on a universal design, which can include add-ons like a cargo basket and cupholder.

Courtesy of Your Mechanic

This on-demand services startup connects vetted car mechanics to customer requests based on availability, location, and skill. Mechanics get a flexible job and customers can save up to 30% on car repair and maintenance, according to the company. Customers can use the YourMechanic app to get a quote and book an appointment. The service is available in about 700 U.S. cities, with more coming soon.