Most Fast Food Is Still Loaded with Antibiotics 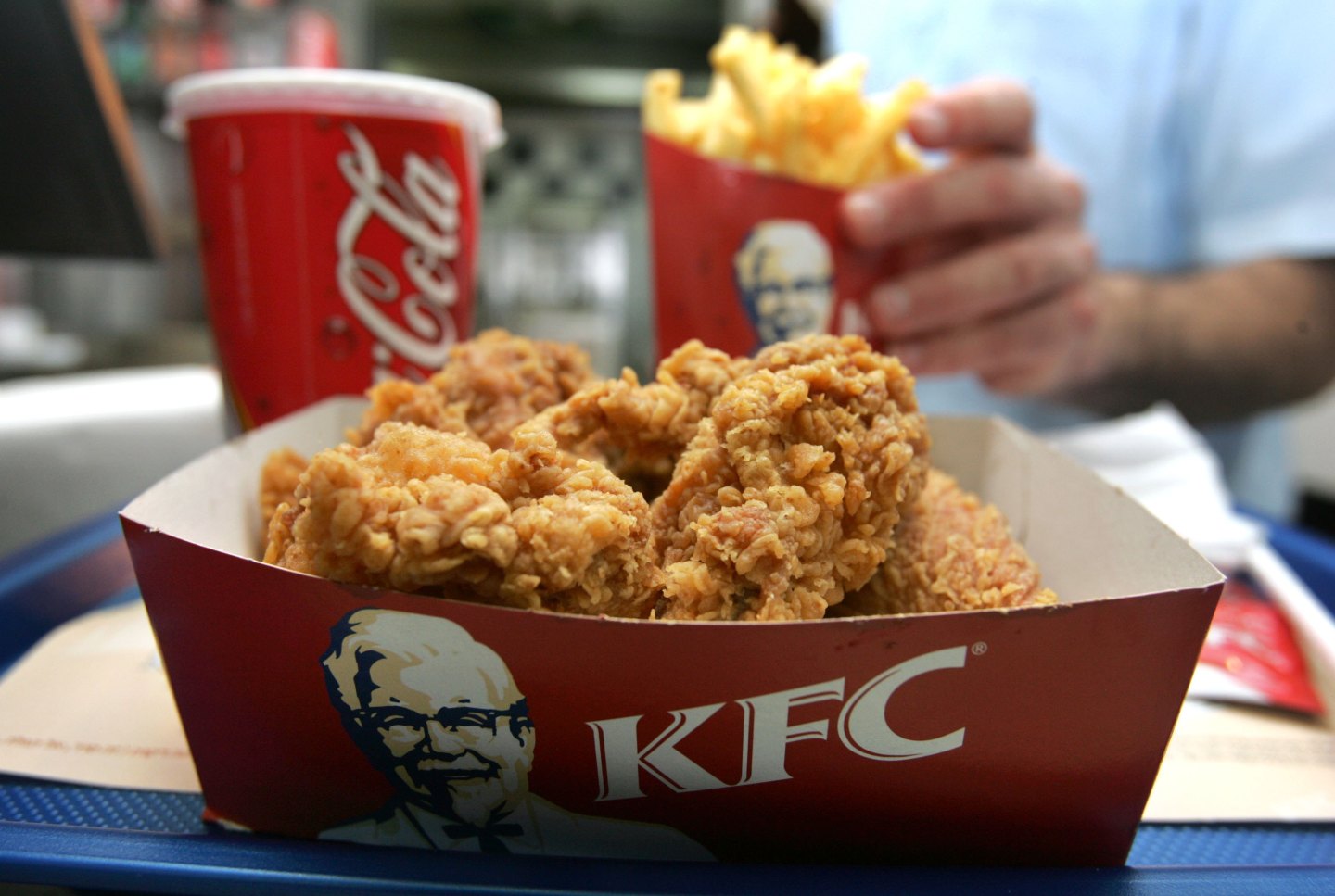 TEL AVIV, ISRAEL - FEBRUARY 17: An employee serves a portion of Kentucky Fried Chicken and chips at the international chain's local franchise February 17, 2006 in Tel Aviv, Israel. Officials are trying to reassure consumers that it is safe to eat well cooked poultry following the discovery of the deadly H5N1 strain of bird flu in swans in Europe. According to the Times newspaper of London, viruses are reportedly destroyed by cooking for at least one minute at 75C (167F) or higher. (Photo by David Silverman/Getty Images)
Photo by David Silverman—Getty Images

Some of the most popular fast food chains in America have yet to seriously address antibiotic use, according to a new report.

A consortium of consumer and food safety groups compiled the analysis and found that major chains like Burger King (BKW), Dunkin’ Donuts (DNKN), KFC (YUM), and Starbucks (SBUX) deserve an “F” rating when it comes to antibiotic practices for poultry, beef, and pork.

The big food companies not hip to antibiotic-free meat are often accused of fueling the antibiotic-resistant “superbugs” that scientists consider a “ticking time bomb” for global health.

Panera (PNRA) and Chipotle (CMG) were the only two chains to earn high marks in the report. A total of 16 received failing grades.

There was, however, some good news.

“This year, twice the number of surveyed companies received a passing grade compared to last year,” report authors said. “This largely reflects partial commitments on the part of those moving to transition their chicken supplies away from routine use of antibiotics.”

Subway, for instance, managed to leap from a failing grade in last year’s antibiotics report card to a ‘B’ this year, thanks to a new policy it applies to all of its meats.

Still, the companies in the process of moving away from antibiotic-treated meat have its work cut out.

“Very little progress has been made on pork and beef,” report authors said. “There are no new entrants into the small peer group of restaurant chains receiving an ‘A’ grade, reserved for companies that have policies limiting the routine use of antibiotics across all the meat and poultry they serve and publicly affirming that the majority of their meat and poultry is sourced accordingly.”

The pressure on food companies to get smart about antibiotics is growing, and not just by scientists. Yum Brands (YUM), which owns popular chains KFC (heavily criticized in the new analysis), Pizza Hut, and Taco Bell, is currently being pressed by shareholders to improve its own antibiotics practices.