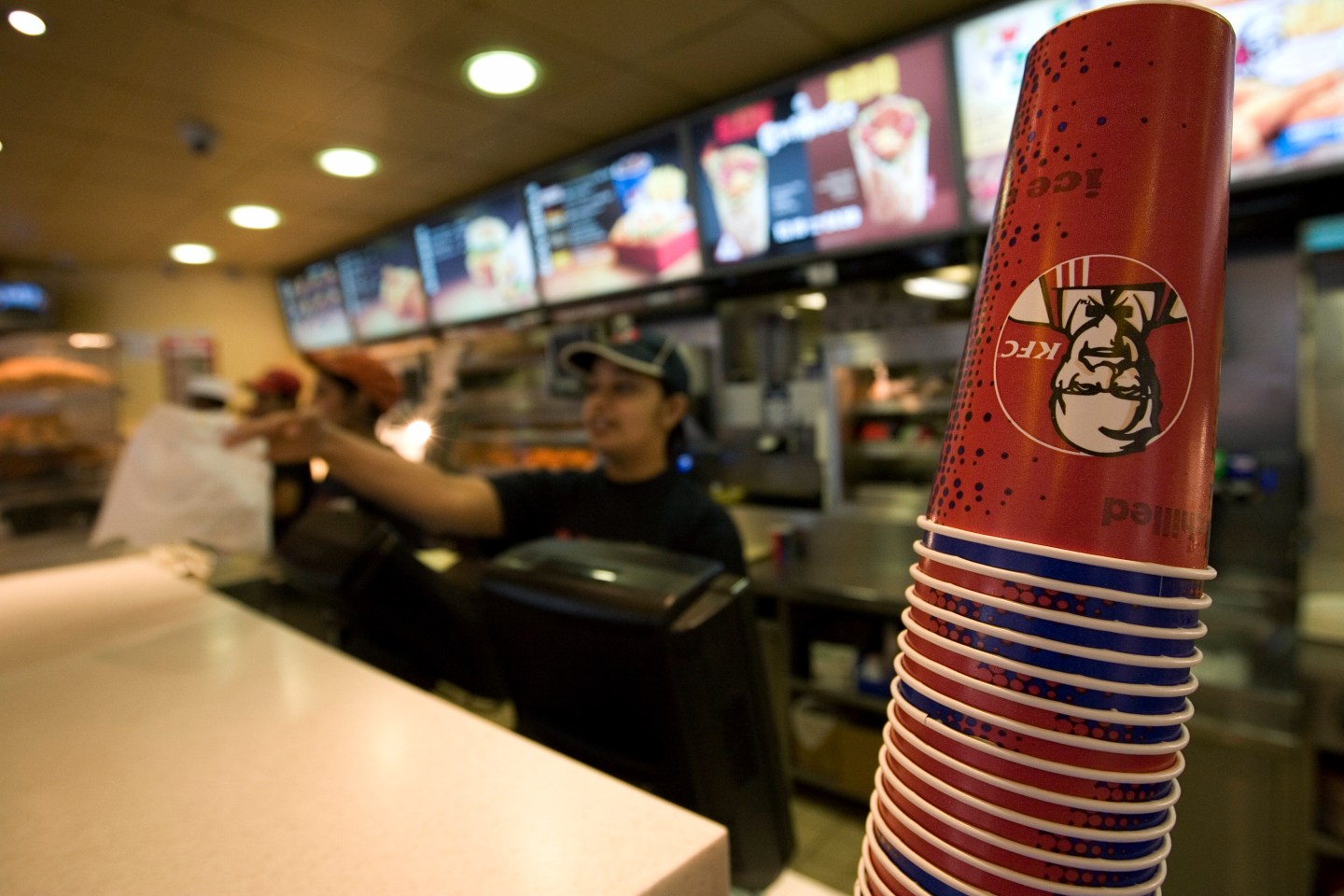 Yum Brands (YUM) investors on Tuesday filed a shareholder proposal requesting that it quickly phase out harmful antibiotic use in its meat supply, taking aim at the practices of the company’s KFC fried chicken chain.

The proposal from shareholder activists As You Sow, of Oakland, Calif., and the Sisters of St. Francis of Philadelphia comes as KFC lags rivals McDonald’s (MCD), Chick-fil-A, Subway and Wendy’s (WEN) in setting policies to curb the routine use of antibiotics in chicken production.

Those policies are a first step for many fast-food chains that are under pressure to help combat the rise of dangerous “superbugs,” as antibiotic-resistant bacteria are known.

Some 70% of antibiotics vital for fighting infections in humans are sold for use in meat and dairy production.

Veterinary use of antibiotics is legal. However, as the number of human infections from antibiotic-resistant bacteria increases, consumer advocates and public health experts have campaigned to end the routine use of antibiotics important to human medicine for growth promotion or illness prevention in farm animals that are not sick.

Advocates have targeted KFC because it has far more restaurants than any other fast-food chicken chain and is second in sales behind Chick-fil-A, which has committed to finishing its switch to chicken raised without antibiotics by the end of 2019.

McDonald’s USA last week said it completed its move to chicken raised without antibiotics important to human medicine. Wendy’s plans to make a similar switch by 2017.

KFC has said that by 2017, antibiotics important for human medicine will only be used to maintain chicken health and only under the supervision and prescription of a licensed veterinarian. As per federal government guidance, KFC does not allow the use of such antibiotics for growth promotion.

Critics say the stated policy at KFC effectively allows for routine use of antibiotics by its chicken suppliers.

“Yum Brands’ silence in the face of this looming antibiotic resistance crisis is bad for business,” said Austin Wilson, As You Sow’s environmental health program manager.

As You Sow filed similar shareholder proposals at Wendy’s and Burger King parent Restaurant Brands International (RTBRF), but pulled them after the companies agreed to set stricter antibiotic policies by the end of 2016.