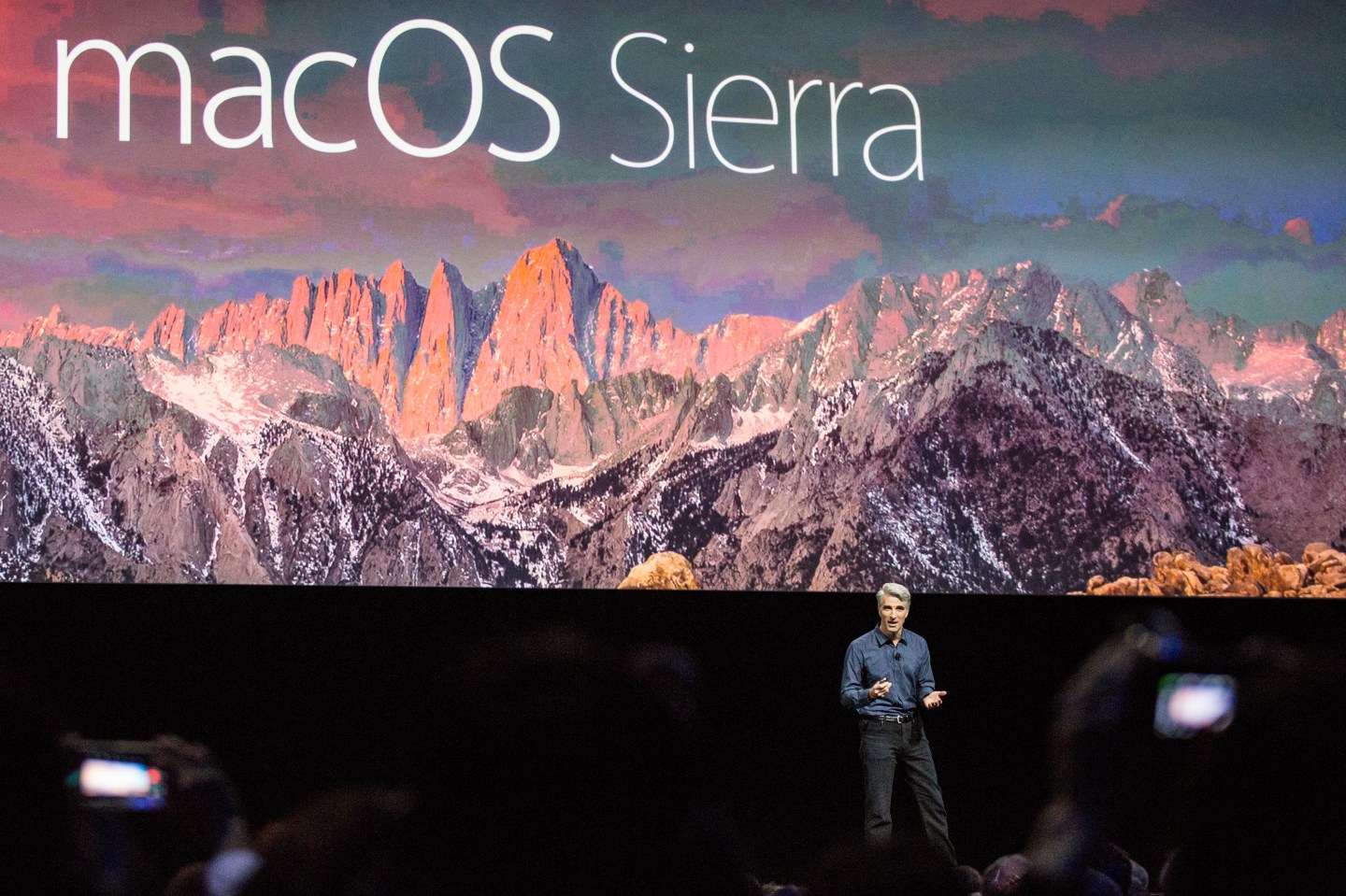 Sierra is the first desktop operating system from Apple (AAPL) to come with its new “macOS” branding. Earlier versions of the software, including last year’s El Capitan, were named OS X. In addition to a new name, Sierra comes with several important features including compatibility with Apple’s virtual personal assistant Siri across the operating system, the ability to copy-and-paste content from a Mac to an iPhone (and back), and support for iCloud Drive so that users can store content in Apple’s cloud to save storage space on their computers.

In announcing macOS Sierra at its Worldwide Developers Conference in June, Apple said that it would come with some of the biggest improvements in years. Since then, those who have used the software in public tests, public betas Apple offered have said that it also includes fixes of previous bugs and security enhancements.

Suffice it to say that macOS Sierra is a nice upgrade, and one that existing and new Mac owners should consider using. For current Mac owners, Fortune has compiled a quick guide about the new desktop operating system.

When: Apple’s macOS Sierra is available for download now. Apple released the software to users on Tuesday via its Mac App Store, the built-in application marketplace baked into its OS X operating systems.

For more about the Mac, watch:

What devices are supported? If you’re running a relatively new Mac, chances are macOS Sierra will work just fine on your computer. The operating system is compatible with MacBooks built in late-2009 or later, MacBook Pros released since mid-2010, and any MacBook Air that hit store shelves in late-2010 or later. On the desktop side, Sierra will run on a Mac Mini as old as the mid-2010 model, as well as any iMac or Mac Pro released since late-2009 and mid-2010, respectively.

However, there is a caveat to consider. Some Sierra features, including support for the Universal Clipboard that allows users to copy-and-paste content to and from a Mac from an iOS device are only available on certain newer models. For instance, that feature will only work on a MacBook released in early 2015 or sooner. It also requires the Mac Pro released in late-2013.

How: Before you start downloading macOS Sierra, it’s a good idea to back up the data on your Mac. While users haven’t noted any major troubles updating to the new operating system, it’s always a risk. Save important information to an external hard drive or even a USB drive, if you have one handy. If not, try signing up for one of many cloud-based storage services like Carbonite or Dropbox to save critical data. Apple’s iCloud is also an option.

After you’re sure that your data has been properly backed up, head over to the Mac App Store and click on macOS Sierra. You’ll be given the option to download the operating system for free.

As soon as the download is complete—it’s a big file, so it might take some time—Apple will offer the option to install it immediately or at some time in the future. Depending on the hardware’s age and its components, the installation could take quite some time.

Once installed, Sierra will display several prompts and questions you’ll need to answer before you’re ready to go. Be sure to check your files to ensure everything is still there after completing the process. If you notice a snafu, go back to that spot where you backed up your files and restore them to the new install.

Chances are, however, everything will work just fine.