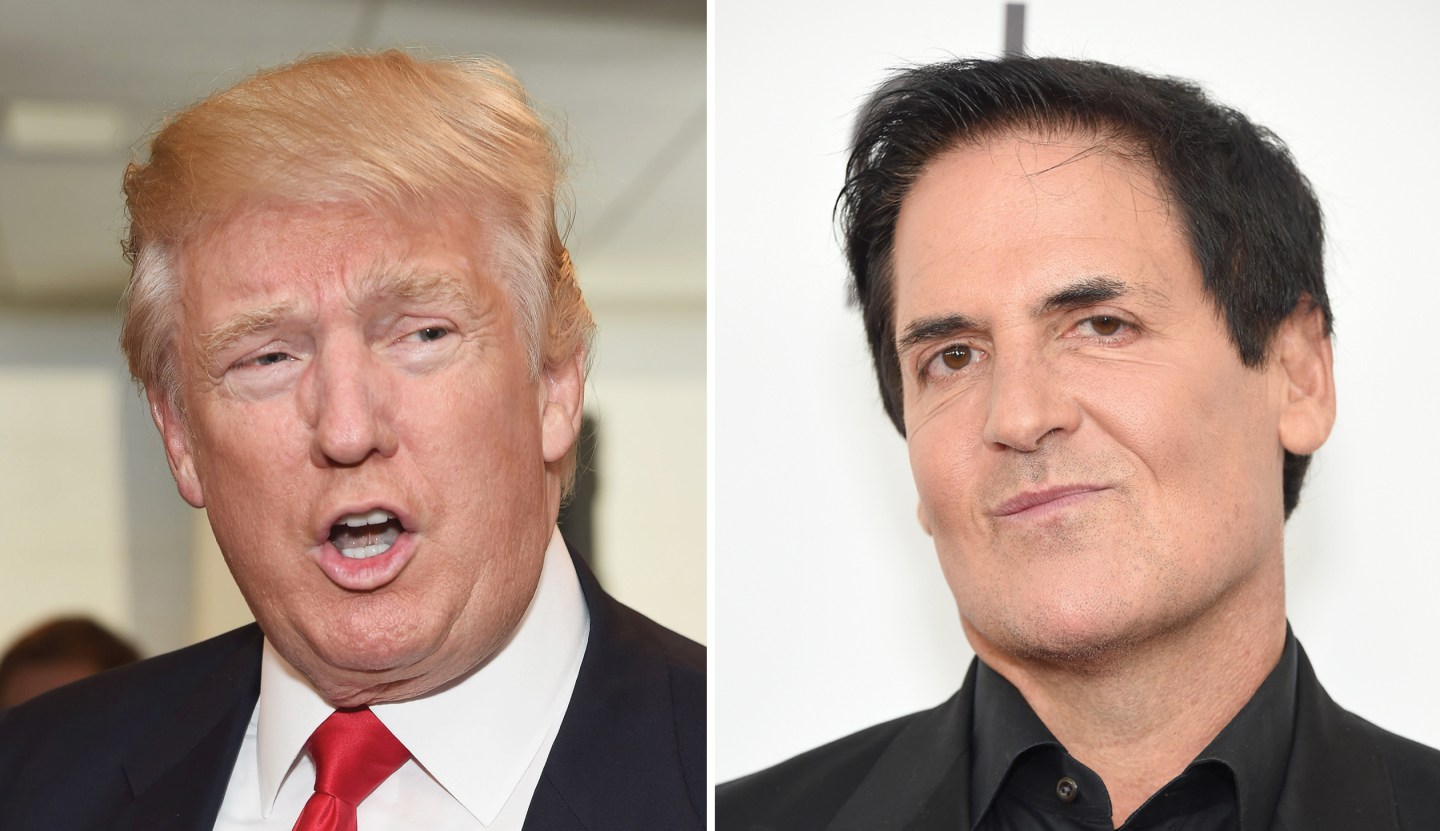 There’s not a whole lot of love lost between Donald Trump and Mark Cuban these days. Now, the tech billionaire if offering to shell out $10 million to a charity of Trump’s choice if he’ll actually offer detailed responses to Cuban’s questions about his economic policy proposals.

The latest in a string of spats between Trump and Cuban, who has been a vocal critic of the Republican nominee during this election cycle, began with Cuban’s comments on Fox Business last week. The Dallas Mavericks owner told host Neil Cavuto that a Trump victory in November would send stocks crashing.

“In the event Donald wins, I have no doubt in my mind the market tanks,” he said. “If the polls look like there’s a decent chance that Donald could win, I’ll put a huge hedge on that’s over 100% of my equity positions… that protects me just in case he wins.”

On Friday, Trump responded to the comments while speaking with Fox’s Maria Bartiromo, slamming Cuban as someone who is “not smart enough to understand what we are doing.”

Trump goes after @mcuban today: "The problem with Mark, he is not smart enough to understand what we are doing." pic.twitter.com/EtukVgV8Fp

Cuban didn’t waste much time answering the criticism, challenging Trump to defend his economic and tax policy proposals (which the White House hopeful recently tweaked) during a detailed grilling by Cuban.

.1) @realDonaldTrump $10mm to the charity of YOUR choice if you let ME interview you for 4 hrs on YOUR policies and their substance.

3) @realDonaldTrump and no one else is in the room to help. Just me, you and a broadcast crew.

He also managed to get in a jab at reports that Trump has failed on multiple occasions to actually hand over money he’d promised to various charities and mounting investigations into the Trump Foundation.

4)@realDonaldTrump I'll add an option.If you need it, I'll write you the check and you can keep the money rather than give it to charity

5) @realDonaldTrump In the inmortal words of YOU. "What do you have to lose ?"

Cuban also called Trump’s economic plans “gibberish,” pointing to vague comments such as “regulations are too high” and speculating that the GOP candidate “must have flunked economics at Fordham,” the university that Trump attended for two years.