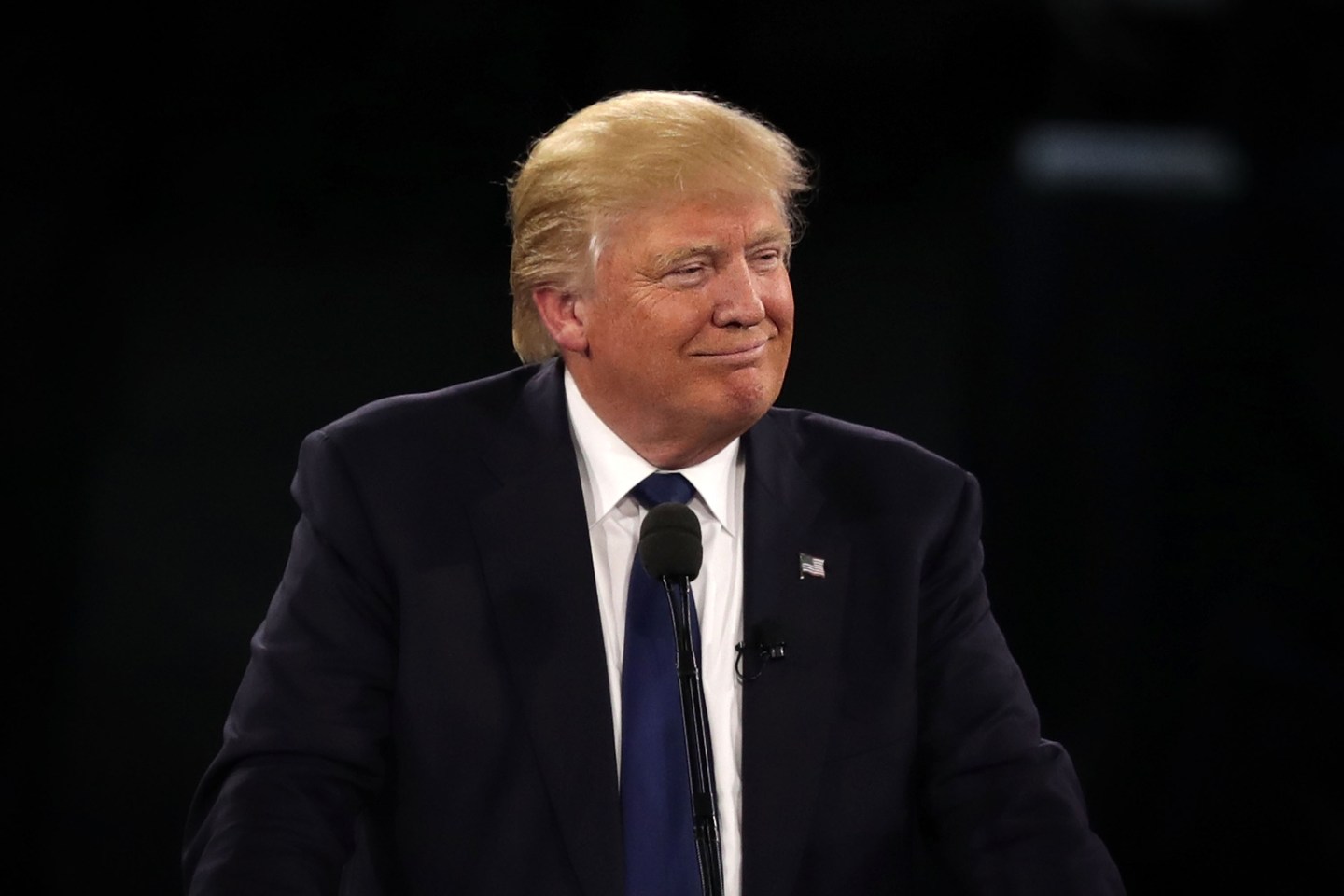 Now Trump is adding insult to injury by making the same promise that was a key component of Bush’s economic plan—a pledge to more than double the United States’ current economic growth levels to 4%.

The real estate magnate unveiled this pledge—while also presenting details of his recently revised tax- reform plan and childcare plan—in an address today at The Economic Club of New York at the Waldorf Astoria hotel in Manhattan.

The pledge to increase economic growth, which Trump argues will happen through a combination of lower taxes, less regulation and tougher stances on trade, is necessary to balance out his generous tax cut, which even Trump’s advisors estimate would cost $3 trillion over ten years. Trump argued that if the U.S. could raise growth levels to 4% annually, that would increase tax receipts enough to lower the cost of the tax plan to $800 billion. The rest of this amount, Trump argued, could be paid for by eliminating waste, fraud, and abuse.

But how realistic is getting to 4% growth? Mr. Trump cited the statistic that the U.S. economy grew on average at 3.5% between World War 1 and the year 2000. His plan, he argues, would simply bring America back to those glory days. But when Jeb Bush proposed a similar goal last year, he was roundly criticized by economists across the political spectrum, because the pledge does not take into account structural changes in the U.S. economy that make that sort of growth much less likely.

So what are those changes? The most important is the fact that American women are having far fewer children today than in decades past. Because GDP is simply the sum of all the goods and services produced in America, a faster-growing labor force means that we can produce more things and GDP will be higher. Given Donald Trump’s pledge to deport millions of undocumented American workers, his immigration policies will make growing the workforce a lot more difficult. Unless Americans begin having more children—the effects of which would take decades to manifest themselves—Americans would have to become a lot more welcoming of higher immigration levels to generate sustained growth.

Furthermore, there were changes that occurred in the American economy in the 20th century that boosted growth, but won’t happen again. For instance, the entrance of women into labor force in large numbers cannot be repeated now that such large numbers of women are already working. Technological advances like widespread electrification or the computer revolution are one-time occurrences, and similarly revolutionary inventions cannot be counted on to appear in the future.

It also pays to be skeptical when politicians promise that their tax cuts will unleash great economic growth. That was the promise that George W. Bush used to justify his large tax cuts, but the economic growth never appeared and massive deficits ensued. What’s more, as with George W. Bush’s “compassionate conservatism,” Donald Trump is promising to do all of this tax cutting while protecting social programs like Medicare and Social Security, adding to the difficulty of making his promises add up.