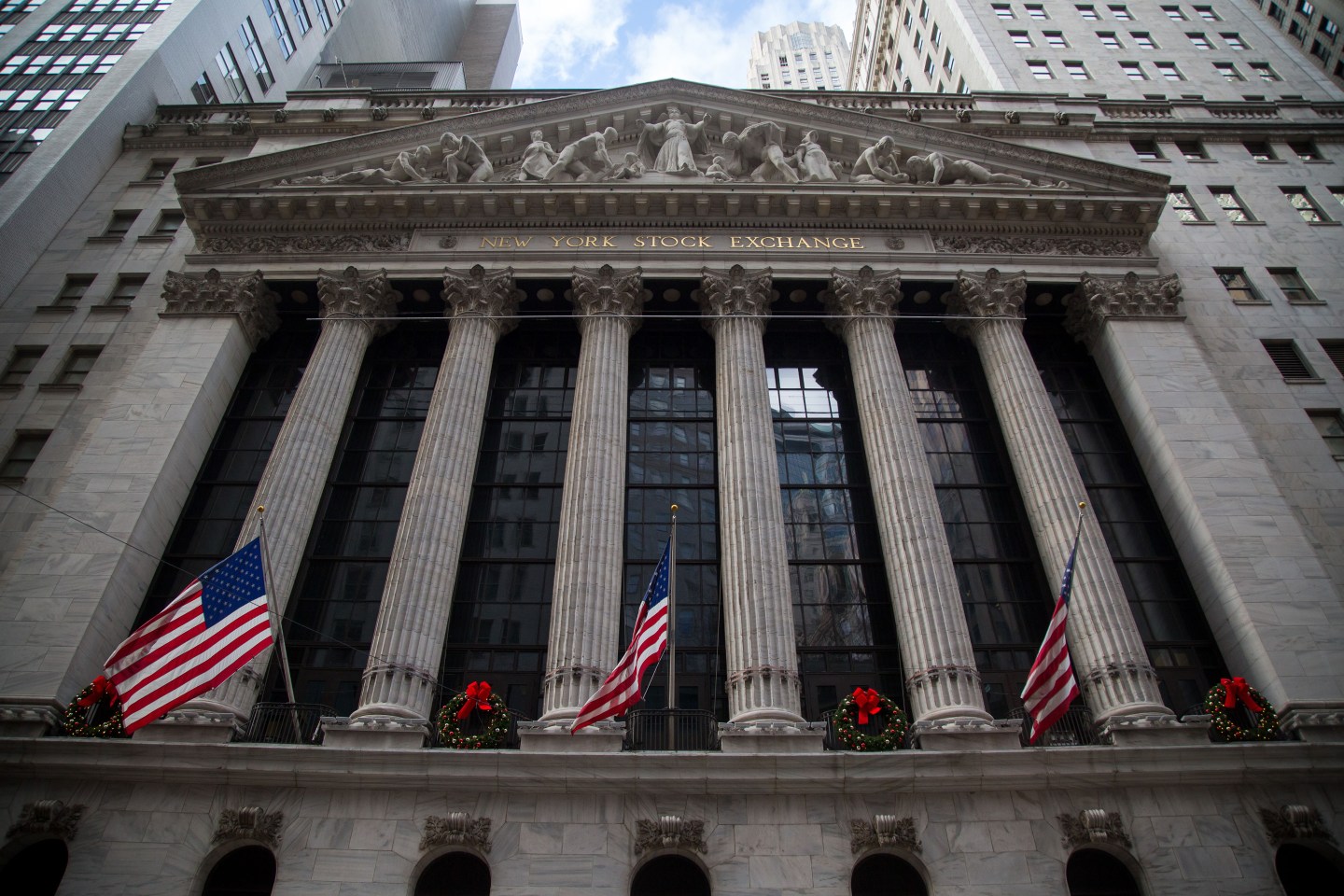 American flags wave on the exterior of the New York Stock Exchange (NYSE) in New York, U.S., on Wednesday, Dec. 16, 2015. The Federal Reserve raised interest rates for the first time in almost a decade in a widely telegraphed move while signaling that the pace of subsequent increases will be "gradual" and in line with previous projections.
Photograph by Michael Nagle—Bloomberg via Getty Images

Wall Street has struggled to lift earnings in part due to the heavier regulations that came following the financial crisis.

But advocates of the laws have argued that its necessary: requiring banks to hold more capital and participate in annual stress tests lowers the likelihood that a financial institution takes the economy down with it should it fall.

Yet, even with the Dodd-Frank Act breathing down their necks, big banks are no less risky than before, former Treasury secretary Larry Summers and Harvard Ph.D. candidate in economics, Natasha Sarin, wrote in a Thursday paper for the Brooking Institute.

“To our surprise, we find that financial market information provides little support for the view that major institutions are significantly safer than they were before the crisis and some support for the notion that risks have actually increased,” the authors wrote.

In fact, regulations such as higher capital requirements in tandem with low interest rates have helped keep the bank’s risky—if not riskier than before.

“We believe that the main reason for our findings is that regulatory measures that have increased safety have been offset by a dramatic decline in the franchise value of major financial institutions, caused at least in part by these new regulations,” the authors wrote.

If a bank has more capital on hand, then it is less risky. So the bank’s value should be less volatile, while the expected return on bank debt, yields from preferred stock and common stock should also be lower.

But Sarin and Summers found that both volatility and expected returns had increased post-crisis, based on an analysis involving the U.S.’s 6 largest banks and 50 largest around the world.

According to the paper, the safer a bank is, the less likely its value or stock price will hit zero. But banks have experienced sharply lower market valuations, and a lower ratio of equity to total assets, which measures the percent of the company’s assets would go to investors in the event of a bankruptcy.

And that is risky for banks, because a lower equity to asset ratio also means that failure would require a lower threshold of asset losses.

Summers is most well known for being the Treasury secretary under the Clinton administration who advocated for financial deregulation in the 90s. But the authors note: “Our results do not call into question the desirability of the increases in capital that have been mandated by post-crisis regulations. But they do counsel against complacency and highlight future policy challenges.”