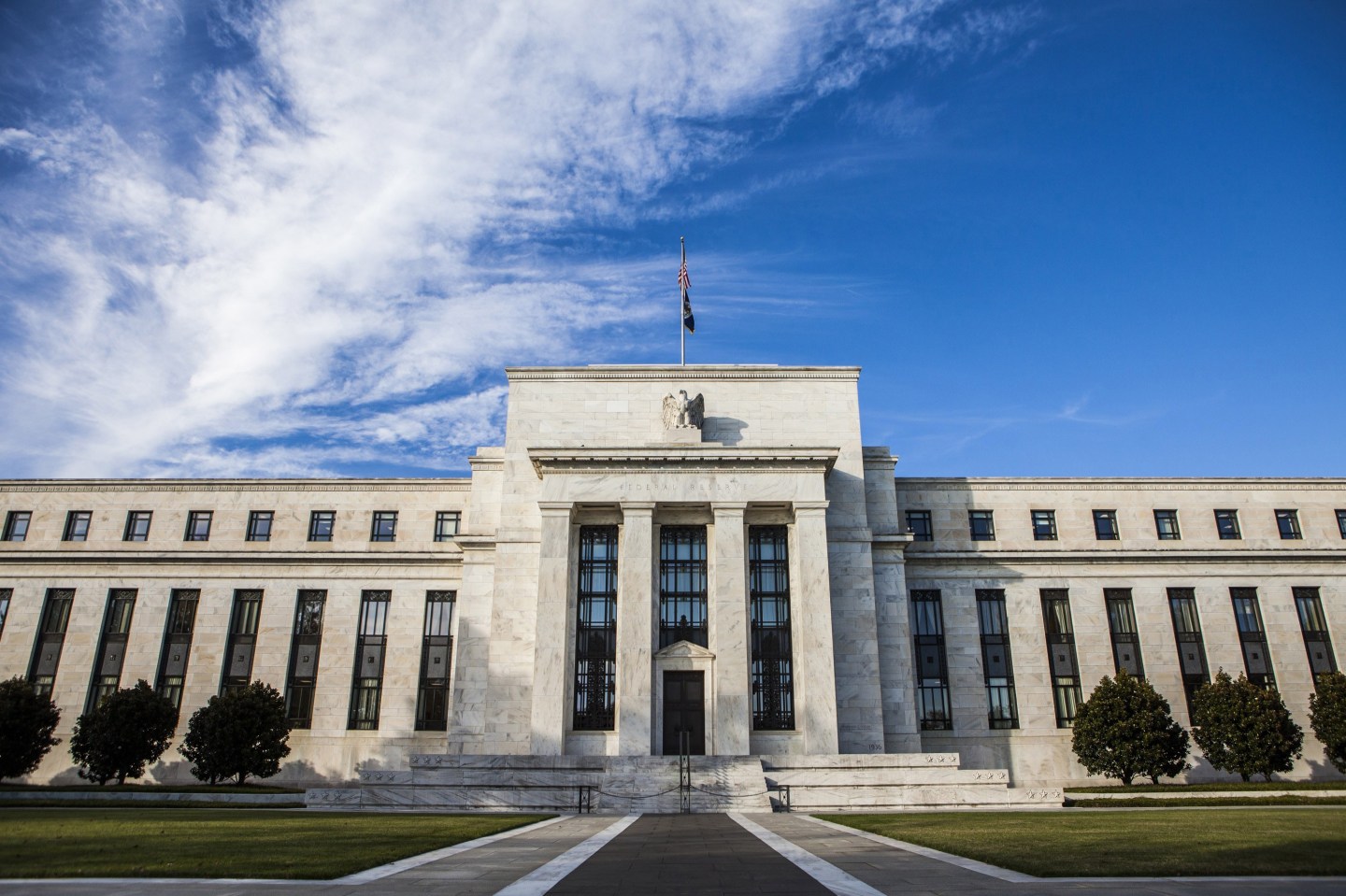 The Federal Reserve handed out only passing grades in its annual stress test, according to results released on Thursday afternoon.

Of the 33 banks the Fed tested—which included the largest U.S. banks, like Bank of America, Citigroup, and Wells Fargo—as well as some sizable regional banks and the U.S. divisions of large international banks, all were deemed strong enough to weather a severe economic meltdown without any help from the government.

Still, not all of the banks fared equally well. Among the big banks, Morgan Stanley (MS), appeared to come out with the lowest grade. It showed a 7 percentage point drop in a key capital ratio in the Fed’s hypothetical economic downturn. That was the largest drop of the banks that the Fed tested. On another measure of capital, Morgan was only 0.9 percentage points above the minimum required by the Fed, again the lowest level of all the banks.

Morgan’s shares have fallen 30% in the past year as a number of business, including bond trading, have lagged, causing some analysts to question whether CEO James Gorman will be able to return the firm to its former level of profitability.

Wells Fargo, too, came out of the test looking a bit worse than the other banks, with a key capital ratio after the affects of the stress test coming it at the lowest level of all the big banks.

A difference for this year was that the Fed factored in the possibility of negative interest rates. That would hurt lending-heavy banks like Wells Fargo (WFC) more than Wall Street-focused banks like Goldman Sachs (GS).

What’s more, the Fed determined that a number of big banks are still exposed to very big losses should another financial crisis or significant downturn hit. Losses at JPMorgan Chase (JPM) would reach $95.4 billion in the Fed’s adverse stress scenario. That was the biggest of the big banks. Bank of America (BAC) could have $82 billion in losses, according to the Fed.

All together, the Federal Reserve estimated that the 33 banks would lose nearly $527 billion dollars if the economy were to enter a recession similar to the one experienced in the late aughts. That was up from $490 billion in bank losses the Fed projected a year ago, but last year’s test included two fewer banks.

Still, as was the case in 2015, the banks collectively cleared the test by a wider margin than they did the year before. The positive stress test results serve as yet another example of how more safe the big banks are than in 2007 and 2008. It also shows how financial strength of the nation’s largest institutions have become a focus at the big banks and for regulations.

The initial results appear to be a win for J.P. Morgan, which had the lowest percentage point drop in its capital ratio among the big banks in the Fed’s stress test. The stress test should also provide a boost for Citigroup (C) and Goldman, which came out with the high level on a key capital ratio in the stress test. Capital ratios measure how much money a bank has to cover trading losses and bad loans.

The Fed conducted its stress tests by looking at how much the banks could stand to lose in their loan portfolios and trading books under an adverse economic scenario.

A Fed official cautioned that while all the banks met the minimum capital levels, the regulator might still reject a bank’s request to increase dividends based on qualitative reasons. The results of that determination will be made next week.