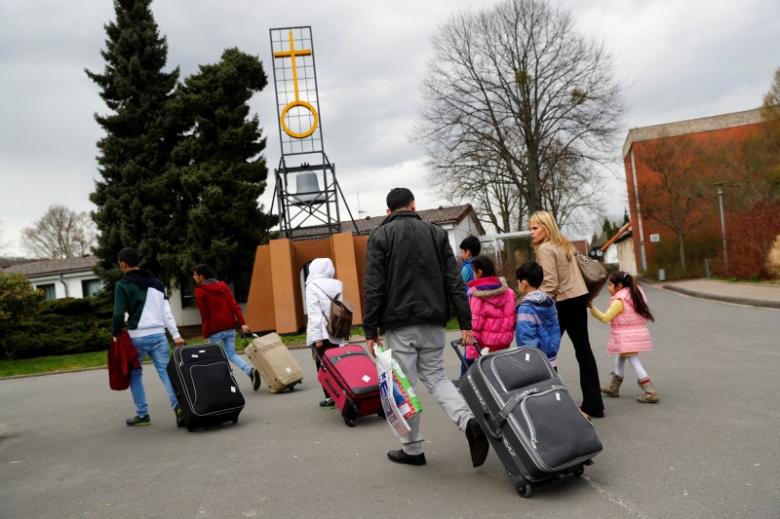 Germany’s blue-chip companies will have to explain to Chancellor Angela Merkel on Wednesday why they have managed to hire fewer than 100 refugees after around a million arrived in the country last year.

Merkel, fighting for her political life over her open-door policy, has summoned the bosses of some of Germany’s biggest companies to Berlin to account for their lack of action and exchange ideas about how they can do better.

Many of the companies say a lack of German-language skills, the inability of most refugees to prove any qualifications, and uncertainty about their permission to stay in the country mean there is little they can do in the short term.

A survey by Reuters of the 30 companies in Germany’s DAX stock market index found they could point to just 63 refugee hires in total. Several of the 26 firms who responded said they considered it discriminatory to ask about applicants’ migration history, so they did not know whether they employed refugees or how many.

Of the 63 hires, 50 are employed by Deutsche Post DHL (DPSGY), which said it applied a “pragmatic approach” and deployed the refugees to sort and deliver letters and parcels.

“Given that around 80% of asylum seekers are not highly qualified and may not yet have a high level of German proficiency, we have primarily offered jobs that do not require technical skills or a considerable amount of interaction in German,” a spokesman said by email.

What is clear is that early optimism that the wave of migrants could boost economic growth and help ease a skills shortage in Germany — where the working-age population is projected to shrink by 6 million people by 2030 — is evaporating.

“The employment of refugees is no solution for the skills shortage,” industrial group Thyssenkrupp’s (TKAMY) Chief Executive Heinrich Hiesinger said during a visit by the German president earlier this month.

Most large German companies, especially those in manufacturing, prefer to hire through structured apprenticeship programmes, in which they train young people for up to four years for highly skilled and sometimes company-specific jobs.

But the recent arrivals from Syria, Iraq, Afghanistan and elsewhere are mainly ill-prepared for such training, they say.

The DAX companies surveyed by Reuters were able to identify 190 apprentices in this or last year’s intake.

Many will have been through months of pre-training especially designed for migrants by large companies like engineering group Siemens, Mercedes maker Daimler or automotive technology firm Continental.

Two Syrian interns whom Reuters visited at a Siemens power-plant construction site in April applied for apprenticeships but were turned down because they could not sufficiently prove their school-leaving qualifications. One is now doing temporary work in IT and the other is taking further German classes.

It’s simply too soon to expect large numbers of refugees to have been hired yet, most German companies say.

“Our experience is that it takes a minimum of 18 months for a well trained refugee to go through the asylum procedure and learn German at an adequate level in order to apply for a job,” said a spokeswoman for Deutsche Telekom (DTEGF), which plans to take on about 75 refugees as apprentices this year but has not made a permanent hire.

Others among Germany’s top listed companies, mainly in the financial or airline sectors, say it is practically impossible for them to take on refugees at all. They cite regulatory reasons such as the need for detailed background checks on staff.

Many large companies see the main benefits of the migrant influx as an opportunity to introduce more diversity into their workforce and to bring their staff into personal contact with refugees. More than 1,000 internships have been offered by the companies surveyed by Reuters.

“Refugees working at SAP are totally motivated, and this motivates our colleagues to support them,” Uli Joos, project leader for refugees at Europe’s biggest software company SAP (SAP), told Reuters in an interview.

Reuters visited SAP five months ago to meet then-intern Somar Abraham, a Syrian refugee who arrived in Germany in 2013 with a university degree from his homeland in computer systems engineering. He has since been hired for a full-time job, along with four other refugees.

About 346,000 people with asylum status were seeking jobs in Germany in August, according to the latest figures from the German Labour Office, up from 322,000 in July and 297,000 in June, the first month for which it published such statistics.

Economists say that most refugees who have found employment are in the services sector, often in smaller companies or in smaller towns and cities to which refugees are dispersed under a strict German formula for allocating new arrivals according to the wealth and population of states and districts.

“Obviously, in the low-skilled segment, mobility is low, Germans often won’t go very far to find a low-skilled job. Now you have these refugees on your doorstep,” said Thomas Liebig, an economist at the Organisation for Economic Co-operation and Development who has specialised in migration for the past 15 years.

“Will Germany manage?” he said, referring to Merkel’s mantra “We can do this.” “There’s basically not a choice. The people are here.”