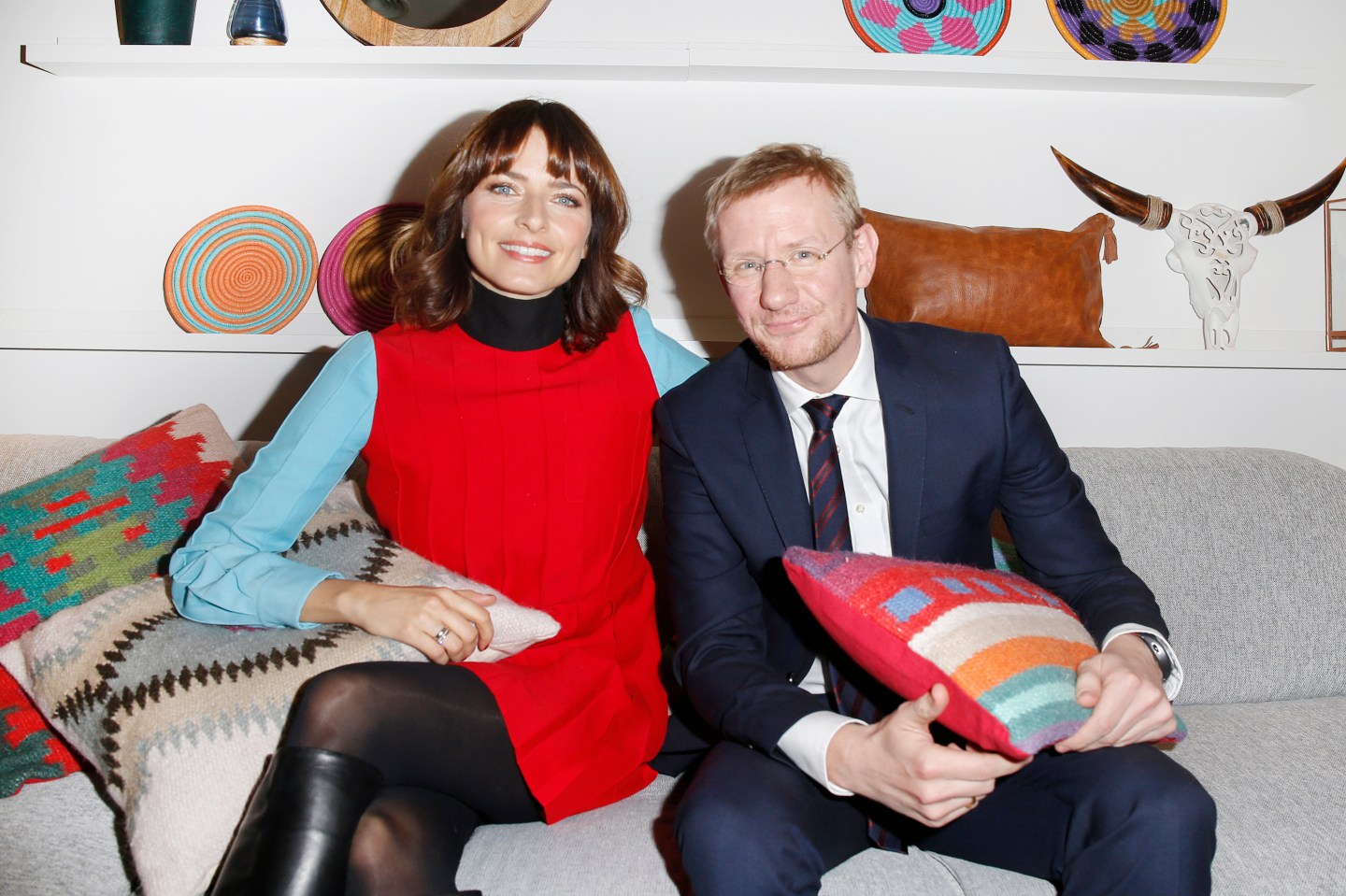 The volatile shares of Rocket Internet dropped Thursday after the German e-commerce investor slashed the valuation of its Home24 online furniture business by more than half in a funding round.

Rocket Internet said late Wednesday that Home24’s valuation was 420 million euros ($473 million) in the financing round that raised 20 million euros of new capital, down from a previous price tag of 981 million.

Analysts said they were not surprised by the cut, because investor Kinnevik had already cut the valuation it put on the startup earlier this year, but were concerned that more Rocket firms could be downgraded.

“We recommend staying away from Rocket, as down-round in valuations is still on the way,” Alpha analysts wrote in a note.

A Rocket spokesperson said the new Home24 valuation would not lead to additional write-downs but declined to comment further ahead of full first-half results due on Sept. 22.

Rocket said last week it lost 617 million euros in its first half after heavy write-downs on companies in its portfolio, including 383 million for Global Fashion Group (GFG), an umbrella firm for emerging market fashion startups.

It also took other write-downs on asset impairments and fair-value adjustments for unspecified other investments.

Founded in Berlin in 2007 by brothers Oliver, Alexander, and Marc Samwer, Rocket Internet has launched 150 startups in 110 countries, aiming to replicate the success of Amazon, China’s Alibaba, and ride service Uber in new markets.

But its share price has slumped this year after Kinnevik, Rocket’s second-biggest shareholder after the Samwer brothers, cut its GFG valuation by two-thirds in April. It had also cut the fair value for Home24 by more than a third.

Chief executive Oliver Samwer promised a year ago that 2015 would mark the nadir of Rocket’s losses and pledged to make three startups profitable by the end of 2017, with Middle East fashion site Namshi, online home furnishings store Westwing, and food takeout firm Delivery Hero seen as the most promising.

Home24 made an operating loss of 75.3 million euros in 2015 on sales of 234 million euros. It narrowed losses in the first quarter of 2016 although revenue growth slowed.

Home24 founder Philipp Kreibohm said in a separate statement on Wednesday that the new capital would be invested in processes and systems as it seeks “to smooth the path to profitability.”

Rocket said its direct and indirect stake in Home24 will be 42.9% after the transaction, down from 44.6% at the end of April. Investors including Baillie Gifford and Kinnevik also participated in the funding round.