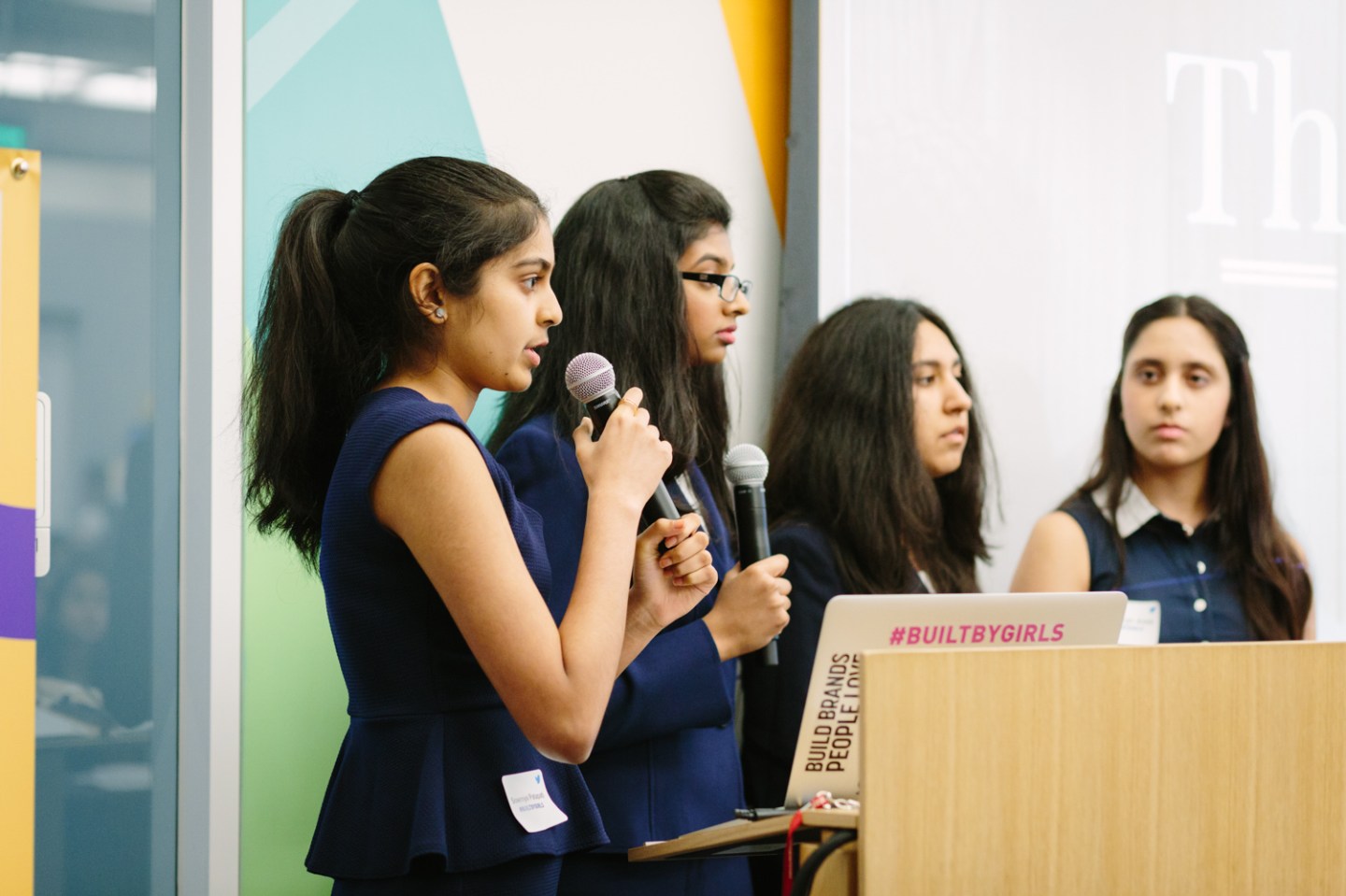 These are some of the challenges a group of teen girls took on and tried to solve last week for the chance to win a $10,000 grant and attend the TechCrunch Disrupt tech conference. The girls, ages 15 to 17, competed in the #BuiltByGirls Challenge, organized by BBG Ventures, an AOL venture capital fund. The teams flew to San Francisco and took turns presenting their projects and startups to their equally impressive panel of young judges: Five teen girls who spent a month this summer getting a crash course in venture capital from BBG and a handful of additional mentors.

It’s no secret that women are underrepresented in the tech industry, across all categories—employees, startup entrepreneurs, and investors. According to data Fortune compiled earlier this year, less than 6% of decision-makers at top U.S. venture capital firms are women. Last year, Pitchbook found that startups with at least one female founder accounted for less than 10% of those that have raised investments since 2005. And yet, female founders outperform their male peers, one VC firm found last year.

“I really believe that you can only be what you can see,” BBG Ventures partner Nisha Dua told me when I asked why her fund created its summer internship for young women.

And she’s right. Hopefully these young women will continue to work on the projects they presented on Friday. But even if they don’t, and move on to new ones, at the very least they’ve already learned that they can be entrepreneurs and use science, technology, and their problem solving skills to build real solutions, products, and even companies.

And with the caliber of problems these young women chose to tackle, the world will truly be a better place if they continue on that path.

An earlier version referred to the fund as Built By Girls Ventures instead of BBG Ventures. The story has been updated.