Here’s How Walmart Is Reigniting Its E-Commerce Growth 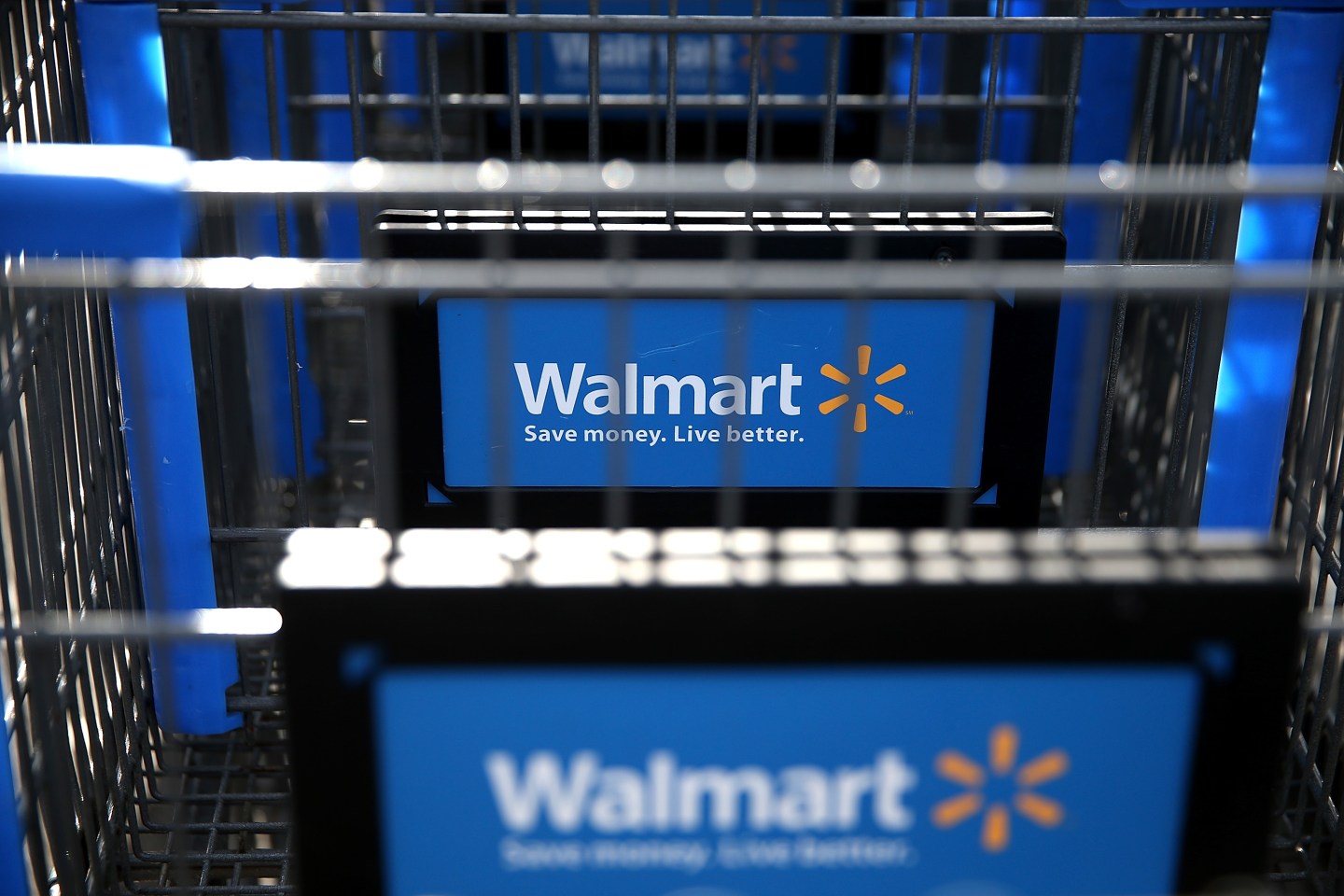 Of all the items in Walmart’s (WMT) generally upbeat second-quarter results numbers, nothing must have come as a relief to company executives as much as the online sales growth figure.

The retailer said on Thursday that online sales rose 11.8% in the quarter ended July 31, with the U.S. results outperforming other markets. In so doing, Walmart broke nine quarters of slowing growth online and buoyed hopes that it is better equipped to compete with Amazon.com. (AMZN). (Walmart’s digital sales were $14 billion last year, or about one-sixth those of Amazon’s.)

Broadly speaking, the strong online performance was the result of years and billions of dollars in investment Walmart has made to bolster its digital offerings. Everything from the roll-out of its Walmart Pay mobile app, to expanding its free grocery pickup service for orders placed on line to launching an Amazon Prime-like subscription service.

What’s most encouraging for Walmart is how it managed both to get more shoppers into its stores (shopper traffic rose 1.2%, while Target (TGT) suffered a drop) AND increase online sales, the Holy Grail in retail, proving its thesis that the digital and the physical must play off of each other for greater overall sales.

“The distinctions that we talk about today between stores, apps, pick-up, delivery and sites are continuing to blur into the background for customers. For them, it’s just Walmart,” Wal-Mart Stores CEO Doug McMillon said in a statement.

Here are some of the Walmart digital initiatives that are behind its improve e-commerce fortunes:

As Fortune reported last month, Walmart has redoubled its efforts to beef up its online marketplace to better compete with the likes of eBay (EBAY). It is adding 1 million items per month to that assortment, primarily to the marketplace it first launched in 2009. Walmart.com now sells 15 million different kinds of items, up from 8 million just a few months ago. That compares to about 160 million on Amazon, but the reality is that Walmart doesn’t need to offer nearly that big an assortment.

Walmart has aggressively expanded its free curbside pick-up service for grocery orders placed online. The service is a way for Walmart to use it wide fleet of stores to counter Amazon’s aggressive expansion of its food delivery service. Walmart’s pick up service is available in at 400 stores in 60 markets. The company has also multiplied the number of individual stores in major markets that already have grocery pickup, such as Atlanta, Dallas, and Houston. The eligible items for the free service include north of 30,000 fresh groceries, baby products and household items.

During the quarter, the company offered a free 30-day trial of its $49 two-day “ShippingPass” membership program, one that is akin to Amazon’s popular Prime offering. Prime costs twice as much but offers other perks like Amazon’s music and video streaming services. To be able to offer the speedier delivery, Walmart is tapping eight massive e-commerce warehouses around the country, the last of which will be built by the end of 2017.

Walmart reached an important milestone last month in using tech to boost sales: the largest U.S. retailer finished rolling out Walmart Pay mobile app to all of its 4,600 U.S. stores. The goal of the mobile app is not to compete with Apple (AAPL)Pay so much as it is to improve in-store customer experience, reduce hassles at checkout, and getting people to shop more often on its website.
5. Staff raises
The company has spent billions on giving workers raises to motivate them as retail work gets more complex. That includes helping shoppers using the Walmart app and contributing to better tracking of inventory, something crucial now that Walmart is using store inventory to fill more and more of its e-commerce orders.
With the company’s recently announced acquisition of Jet.com, it looks like there is some wind in Walmart’s digital sails.