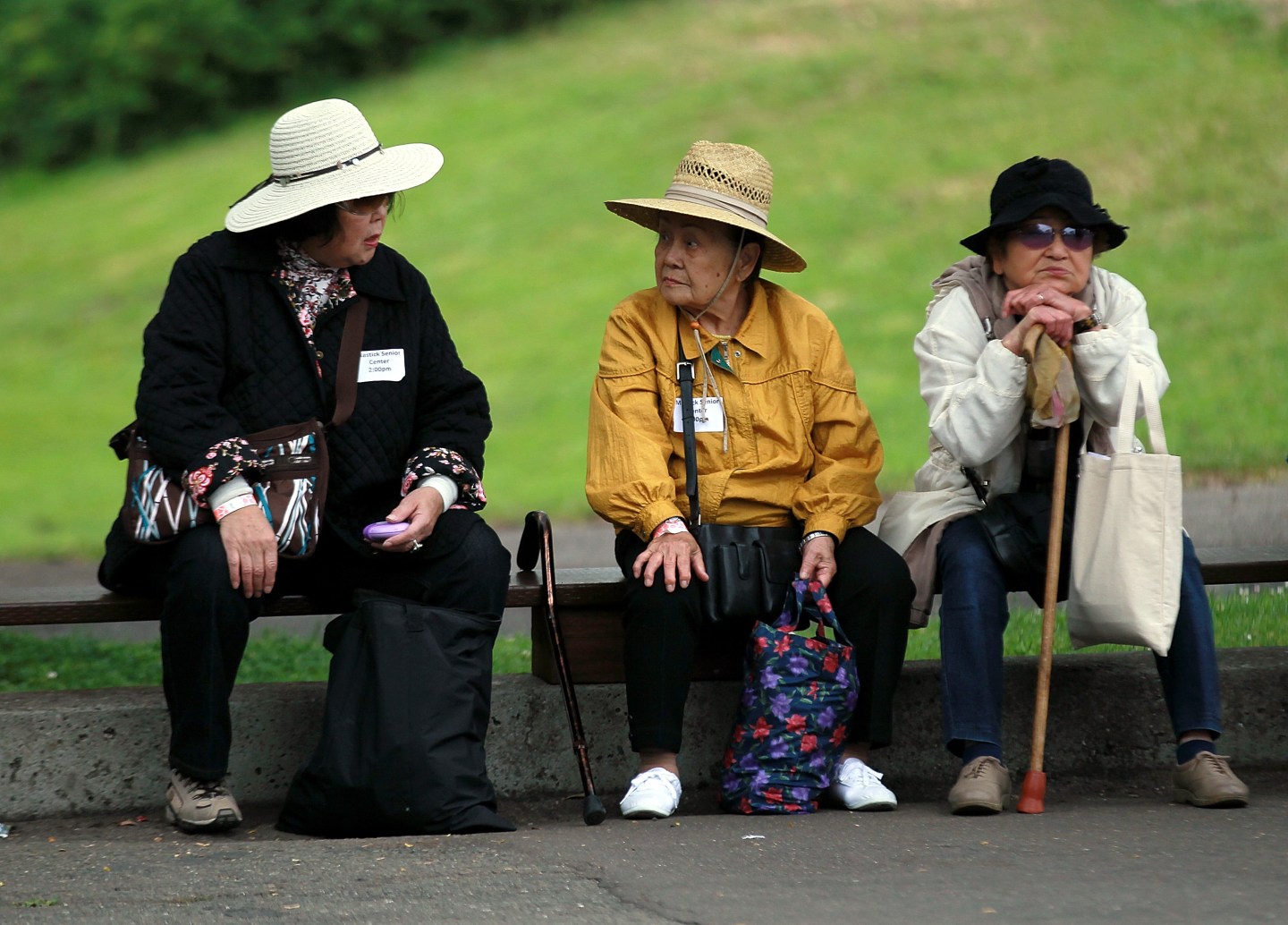 The population of Americans aged 50 and older is growing fast as the last of the baby boomers “age” into that group. New numbers from the AARP estimate that this demographic accounts for a whopping $7.6 trillion in economic activity every year. As of 2014, the AARP estimated that there were nearly 109 million people in this cohort.

And yet, it still seems that entrepreneurs and the investors backing them remain obsessed with millennials and pay scarce attention to this huge market. That’s pretty much status quo compared to ten or even five years ago when seemingly every startup was chasing the latest shiny app or gizmo for the under-30 set.

But there are some signs of a shift. For one thing, in October the AARP and JPMorgan Chase (JPM)launched a $40 million fund to back technologies and services for the over-50 cohort.

And, Jody Holtzman, senior vice president of market innovation for the AARP said he’s seen demonstrable uptake in interest among both entrepreneurs and those backing them in serving this market.

For more on wearables watch

Still, a couple of entrepreneurs targeting this audience say that funding remains a tough sell.

“Many investors are not familiar with this sort of business yet and people like to invest in what they know,” said Donovan Morrison, co-founder and chief executive of Luna Lights, a Chicago-based startup developing automated lighting systems for older people.

On the flip side, he noted, nearly everybody can at least relate to this problem at some level. “Everyone has some experience with a loved one who suffers from falls,” he noted.

Luna Lights targets the older and more fragile part of the demographic with a lighting system that uses cloud-based data analytics to reduce falls, he noted.

The system uses a pressure-sensitive sheet attached to the mattress that will detect when the resident gets up and returns to bed. A person getting up triggers custom battery lights to guide them to the bathroom, for example. This doesn’t require use of a wearable device that people have to remember to wear and which are frequently misplaced—and not just by older people.

The beauty of products like this one is there’s more than one set of potential buyers. There are the older consumers themselves and, perhaps more importantly, a huge base of concerned adult children who worry about their parents and want to help them stay in their homes as long as possible.

Luna Lights, which runs on the IBM (IBM) SoftLayer cloud, detects spikes in restlessness and activity or long periods of inactivity and sent alerts to care givers as needed.

Anita Gardyne, chief executive and co-founder of Oneva, a San Francisco area startup that fields an array of vetted elder care workers available by call tor text, agreed that funding remains tricky. Currently the company offers access to care givers in the San Francisco area but is about to launch a trial with a Fortune 50 company that will expand its geographic coverage.

The idea of the trial is to prove the service’s worth to those afore-mentioned working adults who worry about aging parents and partners. If it goes well the company will offer subsidized access to the service to employees.

Services like this one for eldercare and Luna Lights both address a growing aging-in-place movement to keep senior citizens in their own homes, rather than moving them into senior care facilities.

Frank Moss, a long-time tech exec and former director of the MIT Media Lab is now chairman of Twine Health, a company he co-founded. The one key constituency who may also pay for health monitoring and other services are self-insured companies that want to encourage healthier lifestyles and early detection of potential health problems.

Twine’s app-based system helps doctors keep an eye on patients with chronic conditions like hypertension and diabetes. Late last year, Twine announced $6.75 million in funding from Khosla Ventures and others.

Moss’s advice to entrepreneurs is to think of designing products for the broader audience of people with such chronic conditions rather than older people per se.

“We built a platform for everyone to manage their chronic conditions and are amazed at the number of senior citizens who have embraced it,” he told Fortune.

That is likely the case. But there’s also money to be made in designing devices and software that are accessible and viewable by people who may not see that well.

Holtzman sees great opportunity for businesses designing services and products for older people as the trends of the smart home, artificial intelligence, and machine learning converge.

“Voice activation a la Apple (AAPL) Siri and Amazon (AMZN) Echo, the Internet of things and connected devices, these things are coming together and the result may be much easier user interfaces for older people, ” he said.

It doesn’t take too much imagination to see Echo or Siri or Microsoft (MSFT) Cortana becoming the way an older person orders groceries or take out food or emergency services, for example.

In the meantime, Holtzman wishes that device managers would work harder to make current gadgets more accessible to all.

“The design of so many current products is so bad—it’s a black box with a tiny black button with a two-point font explaining what it does,” he noted.