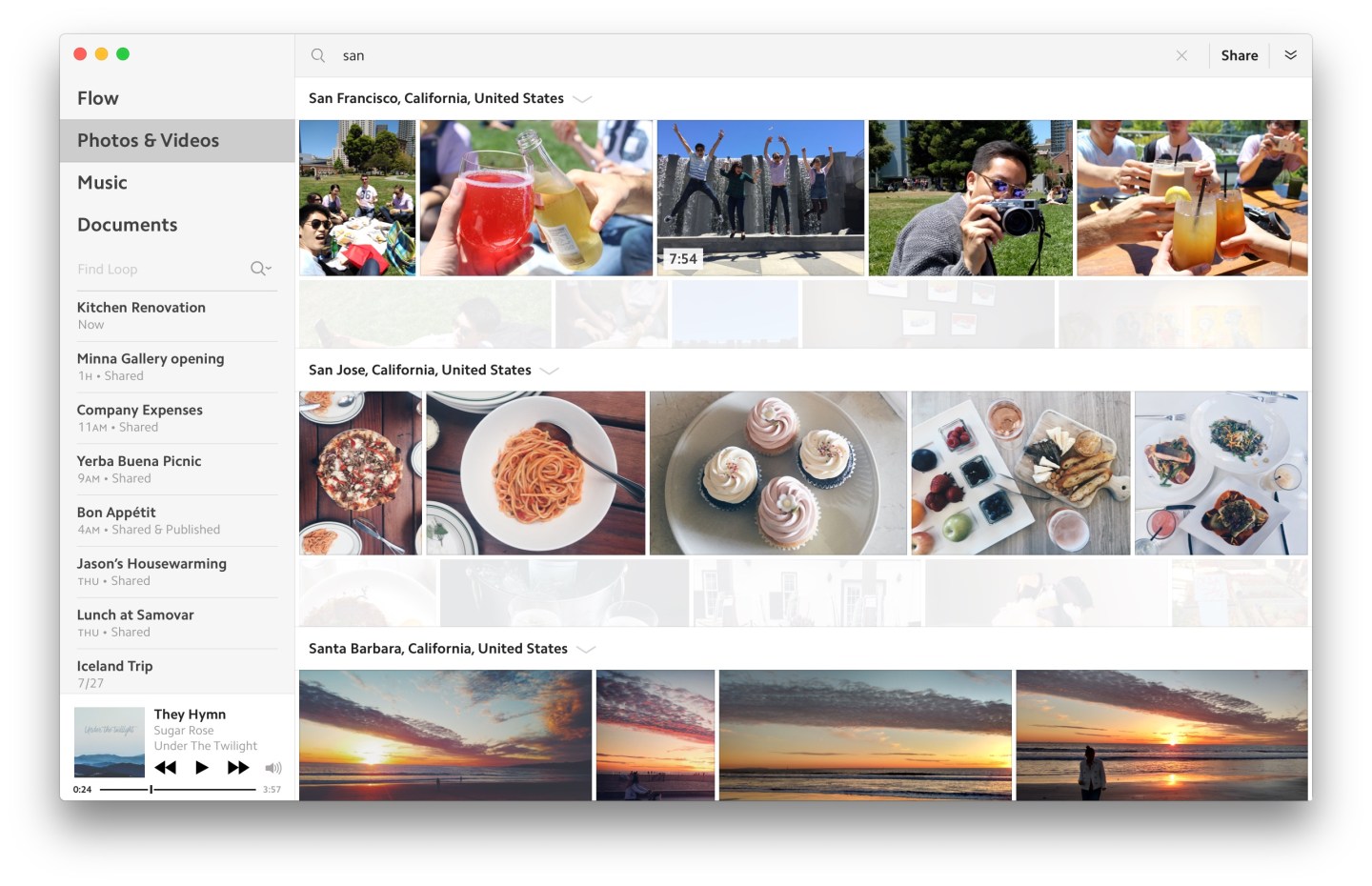 Upthere, a little-known startup founded by former Apple software gurus, thinks it can do far better than Apple iCloud, Dropbox, Box (BOX), and others when it comes to quickly storing, organizing, and searching digital photos, videos, and more.

On Wednesday, the company is going to start showing how it will do so, with a new app.

The basic idea is that consumers should be able to save digital content on iPhones or Android devices as well as desktops directly to the cloud, where it will be quickly searchable and retrieved as needed.

The new Upthere Home app, which has been in beta test for a few months, has been designed to enable iOS, Mac, and Android users to store their digital photos in Upthere’s cloud, where they can search and share them as needed, according to Chris Bourdon, Upthere’s chief executive who previously led product marketing for many Apple software products.

The company was co-founded by Bertrand Serlet, former senior vice president of software engineering at Apple (AAPL), who directed the work that resulted in Mac OS X up through the Snow Leopard operating systems releases. John Doerr of KPCB is chairman and an investor.

For more on cloud storage, read Wild and Wooly Week in Cloud

The promise of a no-middleman-cloud is still in the works because of the way iPhone, for example, requires any photos taken on the device be stored on that device. But Upthere is working on that, Bourdon told Fortune.

A still-to-be-released product, Upthere Camera is expected to demonstrate how users can take pictures with their smartphone cameras but never have to save them locally. It’ll be direct-to-cloud storage so all the photos, videos, and other content you create on various devices are conveyed straight up to Upthere’s cloud. No muss, no fuss, and no need for synchronization between all those devices and accounts. Of course that also assumes round-the-clock connectivity which is still sometimes more dream than reality.

Somewhat controversially, Upthere, unlike many startups, is not relying on Amazon (AMZN) Web Services or some other public cloud to backup its work. Instead, Upthere built its own infrastructure, which is a very pricey undertaking.

For more on cloud storage, watch

“We’ve built everything ourselves, but for a really good reason. We think local storage is a bad idea now. Your phone or computer can’t hold all your things. We want direct storage for your stuff and the only way to do that is to make a really fast, efficient and built everything ourselves,” Bourdon explained. “We designed our own servers, chassis, motherboards. We did our own mixed capacity of solid state to spinning drive storage.”

Bourdon acknowledged that his small company is taking on giants like Dropbox and iCloud, but he posited that the opportunity is real.

“We think of that as antiquated technology. It’s not really solving the capacity and storage fragmentation problems of many people owning many devices, and we think there’s a lot of improvement we can make across the board for users who use iCloud,” Bourdon remarked. “We’ve talked to lots of people and universally they don’t understand iCloud. That to us is a sign.”